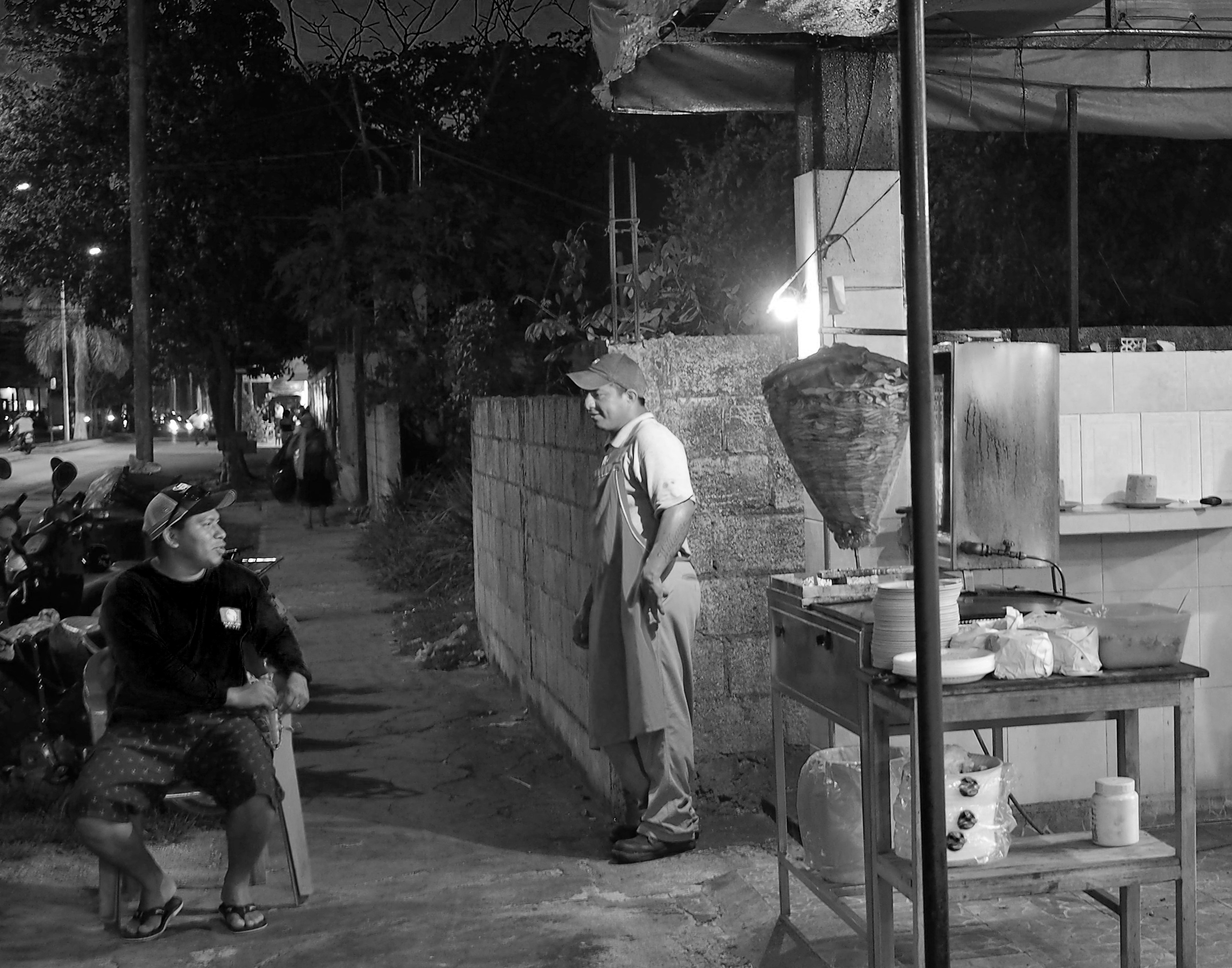 Southern Legitimacy Statement: We were a prototypical southern nuclear family. My Papaw came up in the Great Smokey Mountains, near Farner Tennessee and Cherokee North Carolina. When he was nine, he lost track of the time one summer evening, squirrel hunting up on the mountain, and he avoided a sound late-for-dinner whoopin’ by running away with the circus.

He didn’t see his own mother again for almost five years; she took him for a drifting mendicant child when he appeared in their doorway one night, begging for leftovers and a place to sleep. He stayed home and worked on the family farm, and in time he got married and filled his own home with six children, all of whom were taken early by TB, among other ailments, along with his young wife.

To escape the tragedy of the loss of his family, Papaw left the Smokies altogether, and he eloped with the young English/Cherokee girl who had brushed his late wife’s hair before their wedding. He worked on the railroads as a cook, and he worked in the coal and zinc mines in East Tennessee and West Virginia and Kentucky.

Their first born child was my mother, and they had five more children after that in a little government-issue stick-frame house on Alabama Avenue, in Oak Ridge, Tennessee, where Papaw fibbed his way into a life-long career as a machinist at Y-12 and K-25. Papaw died of intestinal cancer in the late 1970s, though had he survived it, he would have died eventually from complications related to moonshine and general orneriness.

Since Mamaw’s Cherokee blood showed in her cheeks and in her hair in ways that were impossible to disguise, the only job made available to her in the Secret City was one washing radiation suits; her government-issued safety gear was a pair of Rubbermaid gloves. She died of a brain tumor almost forty years ago. Beneath her name, Julia Bryant, our family tree reads like a medical encyclopedia from an apocalyptic future, but we tend to wear it proudly as a clan. To quote Peter Benchley’s Cpt. Quint, “Anyway . . we delivered the bomb.”

When neighborhoods change, they tend to change by increments. Some of those changes mean more than others. A bar closes; a restaurant opens; the restaurant closes; a wig store opens; the wig store burns; the empty space becomes a parking lot with expensive hourly rates and a dour Ehtiopian gentleman manning the booth where you pay for the ticket you have to stick in your window. That’s just urban development, the Rubix Cube of Doing Business As, just so many changes to the outer layer of fabric. And they are perceived as such. They are not the end of anything, not really.

When the last of the flatbed trucks and the reefers from Hanover and New Kent and King George parked along lower Franklin Street outside Chinaman’s warehouse with the last load of vegetables one early-summer morning, the Three Wise Men stood waiting for them, and when the drivers opened the doors and loosened the straps on the freight, the men leaned in and stacked flats of produce and began their last relay into the loading dock inside the warehouse doors in silence. They carried in flats of the season’s first fire-engine-red Hanover tomatoes, and arm’s-length cucumbers and bell peppers crisp as celery, and the last of the spring kale; and they carried giant turnips and armloads of parsley and carrots orange as candlelit jack-o-lanterns. Chinaman stood nearby with his little pad and pen, making quick notes, watching the Three Wise Men make their circuit like figurines in an antique German clock going round and round and round, arms full on the way into the darkness, arms empty on the way out into the light.

Before long, Rob the Pitcher happened by, and so did Rasta Jon and James and Pop, and one by one they slipped into the work loop without a word, only to reappear moments later carrying stacks of fresh vegetables arranged in flats. It looked like the physical setup for a slapstick routine, except that there was nothing funny about it. By the time the men unloaded the big flat beds and reefers, the smaller trucks began to arrive, and the men loaded palettes and flats into these according to the invoice for each, which was provided by Chinaman as each truck parked along the curbside. Once each invoice was filled, the driver did business with Chinaman, and the trucks disbursed to distribute the vegetables to markets and restaurants in cities and towns and crossroad hamlets all over central Virginia.

Then it was as if someone shut off a spigot, and the men circled through for the last time and loaded the last of the palettes into a small white truck bound for Short Pump. Once they got down to the last palette of vegetables – a little stack of tomatoes that gleamed like a bowl of cherries after a good rinse – the men all stopped as they approached it and backed away a little, and someone called, “Buster!” who was busy stacking his last load, chatting with the driver outside. Buster walked in and stopped and looked at the palette, and someone else said, “That one’s all you, Buster. Last load!”

Old Buster trembled a little as he bent at the knees and embraced the stack of flats, and he lifted it with tears in his eyes and carried it out to the truck and set it on the bed for the driver to arrange in the back of the truck. Chinaman walked the room with a small pile of cash to pay the labor, but they shook their heads, one by one, and thanked him and drifted back out into the sunlight on the sidewalk to begin the short journey to the Food Museum. Cal accepted payment and divvied it evenly among the Three Wise Men, just like he had done on a thousand other summer mornings, and the three of them walked together in silence across the intersection to the Franklin Supermarket, where the others awaited them with bottles already in hand. Drinks would be on the house today at the Food Museum.

Behind the three men, the last truck pulled into the mid-morning traffic on 18th street toward Broad Street and parts west, and the big garage bay door rolled shut at Chinaman’s Produce Warehouse for the very last time.