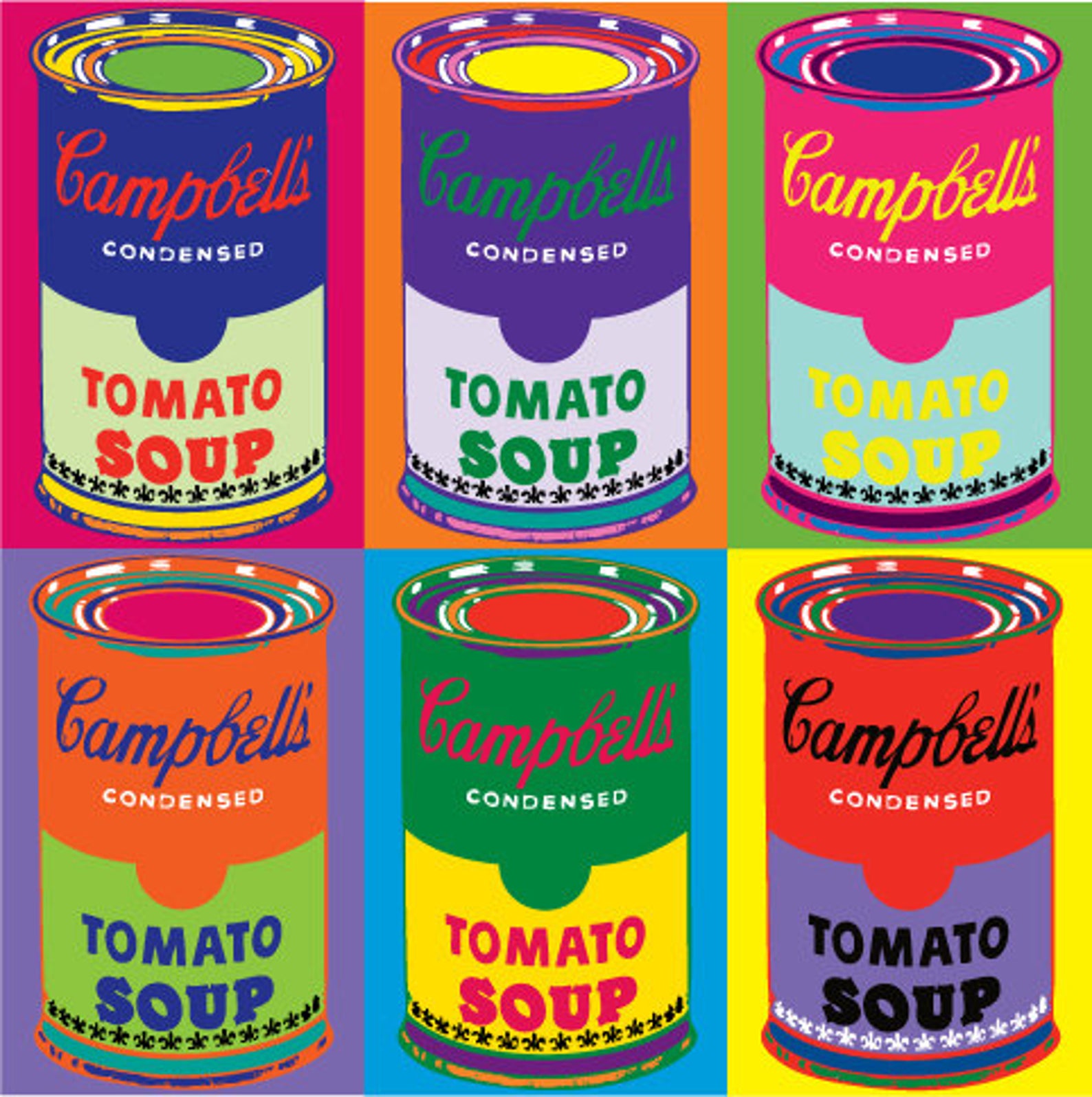 It arrived in May. Faye had tried to get some in April, but she’d lingered so long over the details of that order—adding a box of chips, removing a canister of cashews, then undoing everything and starting over—that when she finally clicked Checkout, a splash screen appeared next to the rustic-looking carton holding the soup.

Sorry! That item is sold out. ☹

When the olives and M&Ms arrived, they were as dust in her mouth. That soup was the ambrosia she needed, she just knew it. And now it was lost to her forever.

Only it wasn’t. When it reappeared on the site in May, she swooped two boxes into her cart. She wasn’t going to miss her chance again.

The wholesaler sent pictures of your purchases before they began their journey to your house. The soup, housed in two cardboard boxes with a wood-grain pattern, nestled in beside the protein bars and pens. “See you soon!” Faye told the picture.

Why wood grain, though? It’s not as though you tap a tree for soup. It isn’t syrup.

When the shipment arrived, Faye unpacked everything hurriedly, though still using all the protocols she and Les had defined. Then she opened the first faux-wood box. Inside were twelve Tetra Brik cartons. They were smaller than she expected. She got out her oversized celadon mug—last year’s birthday present—poured the soup in, and started the microwave.

Three minutes later, she ate her first spoonful of ambrosia. It was … meh. Not as creamy as she’d imagined, and too sweet, even for sugar-addict Faye. And yet somehow bland as well.

It wasn’t terrible. It was certainly edible. But not the soup of Faye’s dreams.

She was disappointed, and of course lamented the second box. You don’t buy two of something until you know you like it! But the supply chain issues had apparently resolved themselves; now when she placed a pick-up order, she received almost everything she asked for. So she stored the soup in the cabinet above the stove—backup food—and tried to forget about it.

Faye had never been a big fan of plot. When she watched a new movie, she went to Wikipedia and read the summary first so she could relax and enjoy herself. Now plot had intruded into her life: ‘Can the doctors rebuild our hero’s immune system in time? Can he avoid the virus until a vaccine is developed?’ So contrived! She longed for her old plotless existence.

Still, she knew they were lucky. She’d been teleworking fulltime since April. They had a steady household income, food, shelter, utilities. At times she felt a kind of survivor’s guilt, watching the images of cars lined up for hours to receive a distributed box of food.

July 11 was their fifteenth wedding anniversary. It fell on a Saturday that year—not that it made much difference, in their new Groundhog Day existence. She sat next to him on the stoop while he had his first cigarette. When his lungs had cleared, she said, “This marriage has been a space where all my wounds have healed.”

But then, barely a week later, a coldness crept in. Les no longer invited her along on his trips to the stoop. He didn’t summon her when an episode of Mom came on, so they could attend a virtual AA meeting together. His replies were brusque.

How fleeting is happiness, Faye thought.

A few nights later, they were ensconced in their recliners. Faye texted with her brother while Les watched the news.

“I’m three thousand calories behind this week,” he said fretfully.

Faye resisted the temptation to quote Madame de Merteuil: Then eat! She knew it wouldn’t be helpful. Les experienced disordered eating and struggled to maintain a healthy weight, often teetering on the verge of wasting syndrome.

The theme continued the next day. “I need twenty-seven hundred calories today,” he cried.

Finally, a clue. She’d announced she would be skipping grocery pickup that week; the budget was tight, and they had enough in the house. They would just need to eat down the stuff they had.

She went to the kitchen. “We have plenty of food,” she called, opening various doors. “There’s all these frozen vegetables, and spaghetti, and several kinds of … ” She trailed off, looking up into the cupboard over the stove.

There it was, the source of her current unhappiness. Tomato soup.

But not the soup in the faux-wood boxes. Back in March, when hoarding had been rampant, an entire  grocery order, one they’d already scheduled and paid for, had been canceled. Panicked, she’d dashed to the food co-op a block from her office—back then, she was still working at the office, and going into stores—and heaped a bunch of groceries into a cart. Among her purchase were several containers of powdered bone broth soup.

The vegetable minestrone had been okay, but they’d both found the tomato basil inedible. And so, when she told Les they had to be creative with what they had, and that maybe the disappointing soup would be improved with the addition of corn, or spinach, he’d assumed she was forcing the horrid bone broth soup on him. And all their harmony had melted away.

“Come in here for a minute,” she said. “I want to show you something.”