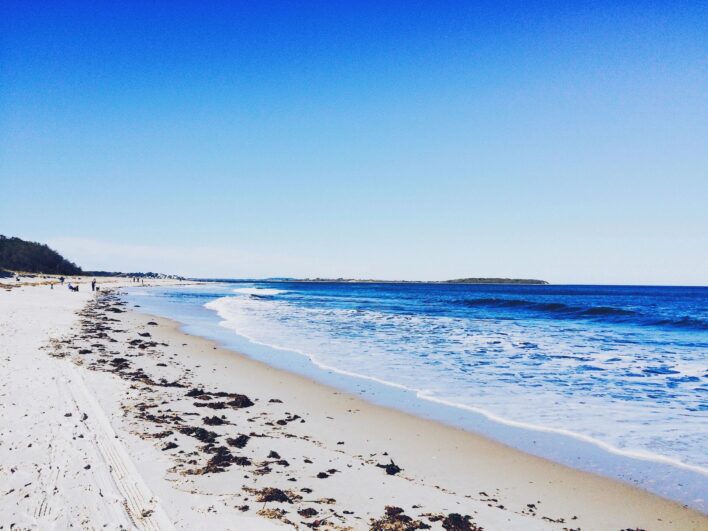 Southern Legitimacy Statement: I am a double immigrant from Italy and Venezuela who became a Texan 25 years ago. On top of that, I am a first-generation college graduate who received a master’s degree in Journalism from the University of Tennessee, Knoxville. That’s over 30 years of experience as a certifiable Southerner.

In Port Aransas, Texas it was hot that evening. Palms wet, night of flip flops and white. The bar packed perfume and sweat, seemed older than usual – worn out.

There was too much smoke in my throat, sitting in that green poker room trying to keep up with John, like there used to be in your car, it smelled like you. So I left him there and made my way to the sunken bowl. Rhythm & Blues played, made my body move from the core out.

Immersed in those people I weaved the song.

An imperceptible “cottonness” came about me then. A hush imposed on clatter, the air turned crystal, faded the smoke. It was an impossible moment. It would have been appropriate – for the movement – for others to freeze too. Instead, I saw with intact clarity all about me move.

The man’s hand crawled, a woman aged in her body, one young boy nursed vacancy, a wife, a girlfriend, a husband, four men snickered in bright Magellan, tan-less racoon eyes.

I saw in the still of the fogless air, lights twinkling clear, in quiet motion and the clarity of shame. I saw.

The music resumed; the fog and the sweat, the reek of fished meals enmeshed with the stench of depravity. My body motionless in the sea of them and I thought of you.

I walked outside and noticed my feet standing on the ground covered in sand even here. I looked back at the bar where I pretended to play poker. I did not tell John I was leaving or that I was walking home that night. The kids were probably still up, and I thought I might ask them to go out for a walk on the beach.