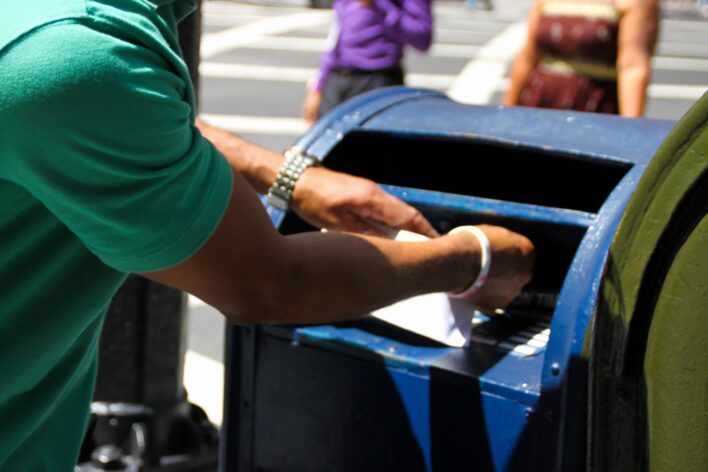 Southern Legitimacy Statement: Nicole Yurcaba is a Ukrainian-American poet and essayist who teaches at Bridgewater College in Virginia.

It’s had a long journey, your letter. Today, it arrived nearly six weeks post-maling—at its intended destination, not to its intended person. I am not there, in Iceland. I am 4,852 kilometers from your letter. A friend says he’ll mail the letter to me tomorrow. In the meantime, via email, he jokes “It’s safe here.”

My father, who constantly frets about not having enough money in his twenty year-old checking account at the local bank, will yell in his brash Slavic voice—MUST BE NICE TO BE ABLE TO AFFORD THAT!!! My mild-mannered mother, disabled and three years-released from her last job, will sit in her blue, worn out living room chair, her back to the bookshelf I built years ago, and say—haveagreatweekendlordbewithyou. My partner, who rarely says anything anyway let alone protests my life decisions, will say—Mmkay. When are you coming back?

I’ll arrive freshly exhausted from the red-eye on which I listened to Solstafir and read Sjon’s Moonstone: The Boy Who Never Was in Laugarvatn. How I’ll arrive in Laugarvatn, I don’t know yet. Bus. Car. Taxi. Hitchhiking. I don’t know, but I’ll arrive, tired and messy-headed, and I’ll say to my friend “Gunnar, I’m here for his letter.” Gunnar will at first scowl, then his blue eyes will transform from nickels to quarters, and he’ll slap his right knee, cheer—OH! THE LETTER! NOW WHERE IS IT?

Five minutes. Five minutes is how long it will take for Gunnar to find your letter. He’ll find it in the kitchen hutch’s center drawer, the drawer where, during my stay I found owl-shaped sticky tabs I used to mark quotations in the books I read during rainy days where heavy drops flew like darts into the cabin’s windows and outside walls and wind bent the birches in half like , like some invisible strongperson bending four-inch thick steel rods their centers.

“Takk,” I’ll tell Gunnar, as I take the letter, note the black-ink cursive sprawling like a rope bridge between a canyon’s two sides. Two US flags—straight, waving right. I’ll hold the letter between my right hand’s thumb and trigger finger, and I’ll wonder how it even survived the trip across the ocean.