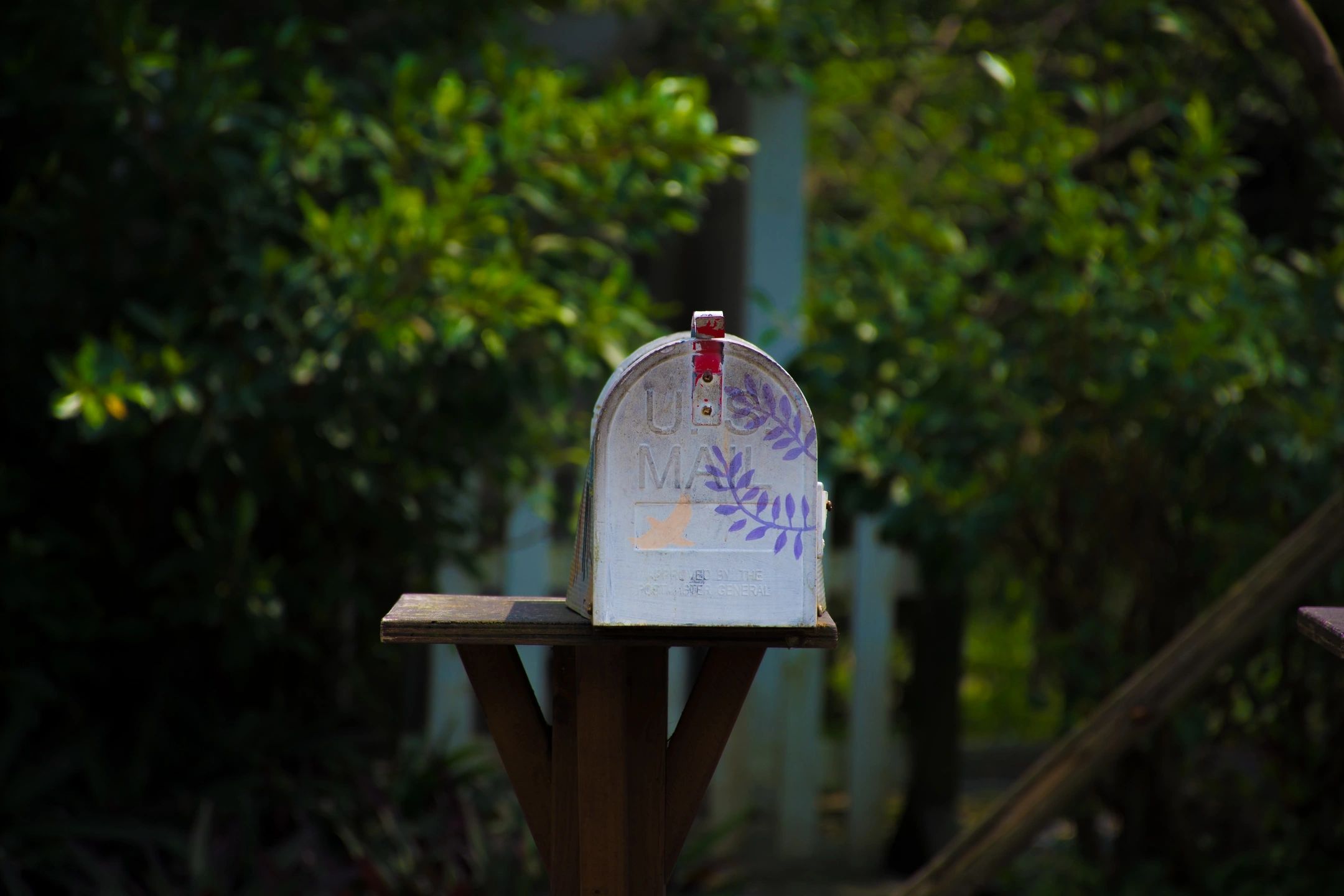 Southern legitimacy statement: My parents dragged me away from the home I loved in Louisville, to put down roots in the frigid Midwest. My time residing in Louisville, the home of my earliest memories, was well spent though. When I wasn’t watching workers pick grapes from the field across the street from our home, I was learning to speak. Clearly the brightest and most impressionable of my folks’ 5 children, I was the only one of the lot to pick up on friendly southern lingo. I often greeted our new Iowa friends and neighbors with a distinctive: “Hey, ya’ll!” and bid them farewell with a memorable: “Ya’ll come back now, ya hear!”

In 1984, my older sister, Kelly, invited me to the movies just days after she earned her driver’s license. Uncertain that she had actually been granted permission to use the car, I wrinkled my nose in doubt. Kelly, meek and sensitive, rarely pulled a prank – let alone one that would leave a gullible victim hurt and frustrated. Was she serious about taking me to the show?

Sensing my hesitation, Kelly reassured me, “Mom said we could go. Come on,” she coaxed. “Oxford Blues starring Rob Lowe is playing.”

Kelly’s ‘thing’ for Rob Lowe was no secret, neither was her ticklish nature or her interest in books. I assume her highly intellectual state set her apart from the majority of Rob’s fan base.  Although this studious sister recently underwent a teenage transformation complete with contact lenses and a stylish, blunt hair style, I still envisioned her as her former, nerdy self.

Throughout childhood, Kelly sported long, dark, pin-straight hair that framed her face in feathered segments like a cockatoo. A rogue section flowed down her back until it tapered off to a gradual, unintentional point a few inches shy of her tailbone. The dark, narrow, octagon-shaped glasses perched on her nose to correct her lack of eagle-eye vision completed the look.

While I longed for long locks, Mom dubbed my noggin better suited for short hair.  Since Mom cut our hair herself, my vote never counted. For years I managed to stifle my feelings of jealousy towards Kelly’s hair. Thin and unsightly as it was, it reminded me that I lost in the family-long-hair-lottery. Few people held grudges against Kelly (or in this case her hair). She rarely behaved in a way to provoke or upset anyone. Had she unburied her head from her books more frequently, perhaps she would’ve encountered more disturbances with her peers or her siblings.

Lately the divide between my insecure junior-high self and my high-school roommate, grew faster than my boy-length hair. Kelly shed her childish looks, while I remained decked out in my ill-fitting hand me downs. Both of my sisters carried all-the-rage Bermuda bag purses that Mom commissioned our neighbor to create for them at a deep discount.

My two high school siblings discouraged my involvement in their shared conversations. Their chitchat revolved around entertaining teachers, boring assemblies, and bus ride shenanigans. Relying heavily on my developing sense of humor, I still managed to crack Kelly up. I whispered anecdotes from my bed in the shadows of our room, delighted when she erupted in laughter. Eventually, she’d sleepily remind me that her bus arrived early in the morning.

I pushed my glasses up my sweaty nose, absorbing this proposed movie theater outing. Kelly, fashioned in her recently-acquired, professional hair style, stood before me blinking a bit excessively as her eyes adjusted to her new lenses. I reasoned that perhaps Mom handed Kelly the car keys knowing that this daughter never caused any trouble.

In addition to my hair misfortunes, I dealt with a bitter pill in the form of my goodie-two-shoes sisters. While both of my older sisters steered clear of trouble, my younger brothers could do no wrong. I was often blamed for conflict and random disturbances. Count on Colleen to be sweet, quiet, and ready to correct the younger crowd. Her patience for me was non-existent and her lack of affection unsettling. Meanwhile, Kelly remained focused, and the boys supplied our folks with no end of joy for their athleticism and quick wit. My self-conscious, middle-child self longed for a pet dog, if only Sean hadn’t been deathly allergic.

Regardless of our birth order, trips to the movies materialized rarely; therefore, the plotline or featured movie stars escaped me. Deciding that Kelly’s invite was legit, I raced off to grab my cheap K-Mart purse, fearing she might change her mind and bring a friend in my place.

Behind me I heard the car key jangle coupled with light hopping noises. Without looking back, I knew Kelly was celebrating. Notorious for flapping her arms while concurrently bouncing around, not unlike a wounded bird, Kelly occasionally switched into excited ‘bird mode’. Pleasure driving apparently generated one of these struggle-to-contain-her-excitement moments that had mostly faded during her teen years.

Hauling an armful of Dad’s shirts to the basement for ironing, Mom called out to us as we exited through the garage door, “Be careful, Kelly! Help her, Erin!” I failed to register how my thirteen-year-old services could benefit a new driver. I opted not to seek clarification.

A moment later we climbed into the boring, maroon 1982 Chevy Impala sedan. This Impala resided on the right side of the garage. It was not to be confused with the red, rusty 1976 Chevy Impala station wagon perched on the left side of the driveway. Impalas, the rage for mainstream Americans, apparently checked the ever-important boxes for our non-trend-setting folks:  sensible, affordable, and American-made.

While the station wagon posed no immediate threat to our subsequent reversal out of the garage, Kelly broke out in a slight sweat. As ordered by my pilot, I examined our position in proximity to the garage door frame looming inches from my passenger side of the sedan.

“All clear,” I hollered to my nervous sister.

She mumbled a few inaudible words of self-encouragement, or perhaps called upon an Angel of Mercy. Keeping my eyes fixed on the frame-to-avoid; I chose not to jeer at her for derelict-like behavior. As the middle child, I knew from experience:  taunting a failing sibling required significant passage of time.

Kelly twisted and turned the steering wheel. The car responded with small jolts to the left and then to the right. Barely escaping a scrape, the questionable driver finally delivered the car onto the driveway.

Freedom from the confines of the garage alleviated little of Kelly’s anxiety. The presence of the adjacent station wagon flustered her. The movie theater beckoned, however, and I urged her to press onward.

Minutes ticked away as Kelly plotted out her next maneuver. For reasons I cannot explain, the metal basketball hoop pole interfered with our progress. It mattered little that this threat was cemented into the ground a foot from the edge of the driveway on the passenger side.  Kelly swiveled her long crane-like neck multiple times in order to check the location of the rusty red wagon on her side, and the distant basketball pole on my side. I ducked down as needed to allow her an unobstructed visual of the menacing, stationary pole. Gradually the sedan swerved back and forth in sudden jerks down the short drive, narrowly avoiding objects until we closed in on the street.

Fortunately, little traffic traveled down Roger’s Drive. Kelly checked for cars. Double-checked. Ordered me to check. No cars. At last with the street in sight, this newbie driver found the accelerator. For additional reasons that I cannot account for because they’ve never been explained to me in the 36 years since ‘the incident,’ my super skinny, frail sister slammed down that gas pedal with all the force she could muster.

By simultaneously spinning the steering wheel, Ms. Sweet Sixteen rotated the car towards the mailbox at lightning speed. With a tomahawk-like motion, the boring Impala struck the unassuming mailbox with force- launching it straight into the air. Moments later the country-blue mailbox crashed down with a reality-check thud near its splintered stump.

I blinked to recover from my startled state, adjusted my glasses, and turned to stare at my unable-to-snap-out-of-it sister. A shocked, beet-face Kelly rocked back and forth in the driver’s seat sobbing. Her customary flapping arms transformed into locked limbs host to hovering, hysterical hands; it was as if her wings had been clipped. My eyebrows furrowed as I observed her compromised state. I didn’t dare suggest that she guide the car out of the street and back up onto the driveway, a space that never seemed so overrun by obstacles until that afternoon.

In my family, the messenger always absorbed the most explosive emotions. I dragged myself out of the car, stepped over the maimed mailbox that now lay in my path, and jogged briskly into the house. I found Mom ironing away in the basement. With her back turned towards me, she was unaware of my presence or our reversal difficulties.

I cringed, cleared my throat, closed my eyes, and shared, “Mom, Kelly hit the mailbox trying to back the car off of the driveway.”

Describing the impact with words like ‘Kelly hit the mailbox’ didn’t quite do the deed justice. ‘Kelly hammered the Hell out of the mailbox with the car,’ would’ve been more accurate, but I dialed my commentary back considering the circumstances.

Mom spun around almost knocking the ironing board over. She sucked all of the air out of the fluorescent-lit, damp space with one giant gasp. Bolting past me, she called over her shoulder, “I told you to help her!”

For a few weeks following the mailbox mutilation, Mom instructed me to hop on my bike and hunt down the mailman after school. In all fairness, this assignment belonged to Kelly. My 8th grade bus dropped me home sooner than Kelly’s bus delivered her though, so naturally the task fell to me. Still clad in my Catholic school uniform, I pedaled around the neighborhood stalking his little white van. Once I spotted his tiny truck humming along distributing the mail, I pumped my legs faster as my uncooperative, plaid skirt threatened to expose my underwear.

“Hi.  Can I have the mail for 6457 Rogers Drive, please? My sister took out our mailbox, because she sucks at driving. I’m stuck collecting the mail until the box gets fixed,” I explained breathlessly on our initial interaction. Subsequent meetups with the mailman caused him to shake his head and smile while I just shrugged, rolled my eyes, and reached for the stack of mail.  Although not far from home, I swear my bike ushered me to a foreign land where honesty prevailed and at least the mailman grasped my lousy circumstances. I glided home with mail tucked under my arm, and a huge smile spread across my face.

Some details from that memorable mailbox maiming left me scratching my head. The fact that Mom deemed me, the incompetent thirteen-year-old, accountable never surprised me.  Some family roles are inescapable.

To this day, Kelly enjoys a performance by Rob Lowe, and the elusive ‘Oxford Blues’ remains on my unwatched list.