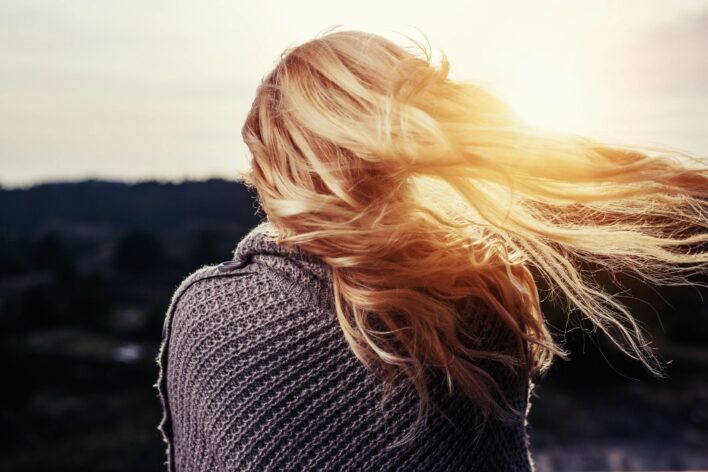 Southern Legitimacy Statement: I was raised in a sand blow surrounded by the cotton fields around Black Oak, Arkansas. My kids are still filling empty butter bowls with the same sandy ground I did as a child. I have eaten sardines straight from the tin moments after baiting a fish hook with a catalpa worm and enjoy sitting under the pecan tree in my yard fishing vienna sausages out with the tip of a long blade pocket knife before shaking off the jelly and downing it with a saltine. The katydids rattling in the summer breeze are great company for the snack when the haze sits just above the cotton stalks. It’s the magical time of day before the mosquitoes run you inside for the night. (*ed note: don’t you just love this?)

Fats Domino is My Favorite

I woke to the faint smell of perfume from my distant past. I cleared my eyes to see if she was standing in the room, but I knew it couldn’t be. My mind cleared the cobwebs of sleep as I thought of the last time I had smelled the scent. It was a Sunday night. The perfume mixed with Winston Lights and the popping rush of Diet Coke hitting ice played background music to her telling me that we couldn’t do this anymore. She had met someone. Someone that she could have a future with.

I wanted to plead with her to reconsider but a mature part of both of us knew this day would come. She had just crossed the line of adulthood and I was stuck just a little shy of making the mark. It was a magical time in life. The daylight hours facing responsibilities and the night time in reckless abandon to catch every last vestige of fleeting youth. We spent the time talking about the fun times, the crazy times. She finished her drink, snuffed out the burning end of the cigarette as she leaned over for a final kiss. It was the perfect ending. Both embers extinguished at the same time. She left and I watched her go. It was the end of us and the ending of the excitement of no one ever knowing there was an “us”. For over two years we had carried the secret and now it was no more.

We had known each other for years. She was a couple of grades ahead of me, but in our circles, she was way over my head. The rare mixture of a gorgeous girl with an outgoing personality and the brashness to tell you to kiss her ass and then flash the smile of a homecoming Queen meeting the town Mayor. She was smart and driven with a touch of crazy around the edges. I was an awkward, bow-legged guy that loved baseball and any girl that would kiss me. I don’t think either of us knew how or why we were together but I definitely remember the night we became that way.

I had come in from a date and was staying at my sister’s house. Nothing unusual, I stayed there most nights now that my brother-in-law was working in Memphis on weekends. She was there. She baby-sat for my sister and had come by tonight to play cards and decided to spend the night. As we usually did, we spent time talking about our nights. We talked about school and friends from school. We had been meeting and talking like this for a while but it was just our thing. We acknowledged each other at school or out on the town but never gave anyone the impression we knew more about each other than either wanted to claim. She was in the recliner, I was on the couch — which was my usual bed. We decided to have a beer after I showered. I came out in my boxers and cracked open a cold can and she was in my spot on the couch. I jokingly told her to evacuate my space and she smiled. It was a different smile than I had seen before. I told her to either move or scoot over.

She pulled the covers back and moved against the back of the couch. She was wearing only a t-shirt and panties. I normally ran around in my boxers but she was never so free when she stayed. I lay down beside her and for the first time in our young lives, we snuggled. Joking and talking and just holding each other and then she kissed me on the check. Just a peck to get my attention. I stared into her eyes with all the seriousness I could muster in hopes it would cover up my insecurities and nervousness and I kissed her. I kissed her flush and deep and hugged her tight until I felt her relax and then I just held her.

We explored each other. Kisses on any part exposed and fumbled through and out of clothing until we were both naked. For our first time together, we made love. No. We loved each other as friends but this was primal. It was filling a need and a desire and we enjoyed the journey together. We finished the night with another shower and then promised it would forever be our secret and to talk more later. I went to the couch and she went to the spare bedroom. I don’t remember sleeping. From that moment on we treated life like we had been handed a stick of dynamite with the fuse lit.

The next week led to more of the same encounters. We discussed how it must remain a secret. Both of us agreed because of other relationships and our friendship. But it wasn’t all about sex. Some nights we would get in her car and just drive the backroads, talk of things that one would never bring up in normal conversations in fear of being labeled. We talked of future dreams and past heartbreaks and fear of recurring mistakes that affected both. We sang songs on the radio with the windows down and no one around. And then sometimes we would park in some out of the way place and just sit in the car and lose ourselves in the moment. Usually a Bob Seger cassette in the player as we created imaginary life videos in our head to the music. Perfect for the moment, here with a 2-liter bottle of Diet Coke to mix with the rum and a fresh pack of Winston Lights. She ejected the Seger tape after Night Moves and opened the glove box.

“I like Seger but Fats Domino is my favorite!”

She found the tape and popped it in. Instant smile on her face as she got out to dance on the back country gravel road. The world was ours for a time. But those times are gone forever, and now so has she. The memories will forever remain in her smart ass way of letting you know you were allowed in her circle but you weren’t the one that drew it. I miss our friendship and the quiet times the most. The freedom that comes from opening the fears of your minds and the dreams of your heart with no judgement. I had that in her and her in I, which is quite the blessing for a couple of grown kids trying to learn the ways of the world. I still see her smile at the sound of every Fats Domino song. Those are the times I miss her most.