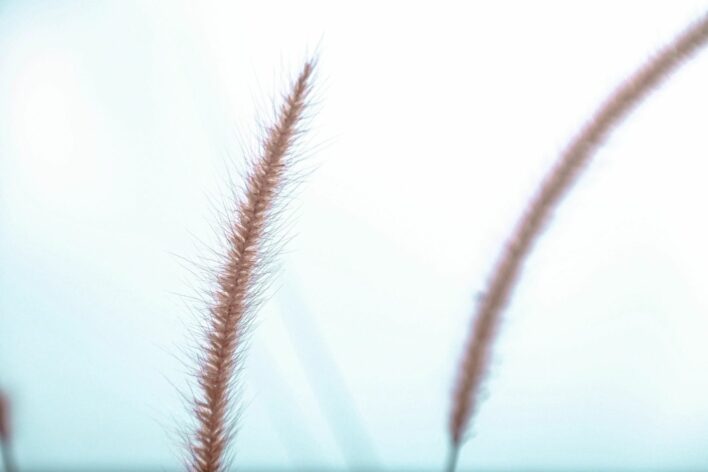 Southern Legitimacy Statement: My name is John Dailey. I was born and raised along the Virginia / West Virginia border and lived on both sides. The Marine Corps took me away for a number of years, but I now reside on the North Carolina coast and am looking for a path back to the hills.

On the ocean floor live creatures who, completely deprived of light, have evolved to flourish in their environment. Though hideous to gaze upon, they are examples of nature’s resiliency. Shadowy bodies, sickeningly white, they swim, scamper, and crawl around hydrothermal vents ingesting nutrients from the oxygen-deprived sulfurous gasses emitted from the earth’s core.  Creatures such as the eelpout have adapted to thrive in this, the most inhospitable environment to be found outside the chain-linked confines of a 1970’s Virginia grade school playground.

The most obvious commonality between seven-year-old-me and the eelpout was what would have, in a girl, been prized as alabaster skin. This same skin in a boy was simply referred to as “pasty.”  A curse of my strong Irish heritage, my skin would redden and blister like a vampire after just moments of sun exposure, stopping just short of bursting into flames. Within days I would peel into what Procol Harem described as a “Whiter Shade of Pale.” This white skin was accentuated by an ever-growing crop of freckles that seemed destined to conjoin into one large freckle and, a mop of unfortunately red hair. When I say red, it is only because blaze orange is not a generally recognized hair color. Today I am considered, by those who know me, to possess the rugged good looks of a young country superstar Glen Campbell (rest his soul), but at that time I was more frequently compared everyone’s favorite Saturday morning puppet, Howdy Doody.

The other, perhaps slightly more obtuse, commonality the eelpout and I shared was that I too had developed a series of defensive adaptations that allowed me to not only survive but to thrive in my hostile environment. I developed a quick wit—as lack of pigmentation is the jinx, blarney is the boon of my Irish roots. A gift for observational humor and the willingness to self-deprecate allowed me to antagonize while remaining seemingly innocent.  My supreme adaptation, however, was the gift of almost super-human speed. In grade school, being fast can overshadow a multitude of genetic irregularities, earning respect from the half of the class with penises and causing the other half to swoon.

So, it came to pass that I entered third grade in the fall of 1977, armed only with my rapier wit and a new pair of Converse All-Stars. At this time, Jimmy Carter was in office, the world still mourned the loss of Elvis, and if I had learned a damn thing from Glen Campbell’s number one hit, Rhinestone Cowboy, it was to keep “a dollar tucked inside my shoe.”  I seldom had access to a whole dollar, but did store loose change in my Chuck Taylors. Those simple canvas shoes, when properly double knotted, ensured I could run faster than any other boy at Hillsboro Elementary. I was, in the immortal words of Karen Carpenter, “On the top of the world looking down on creation.”

It was during that time a blond beauty caught my eye. She would be my first girlfriend, Julia. Julia’s family had purchased and renovated on old Methodist church. Built of stone with high ceilings, the main congregation area had been converted into a giant great room, while the kitchen was located on what had been the raised pulpit. All bedrooms were in the back of the building where administrative offices and the choir balcony had once occupied the second floor. The coolest thing, however, was that the home came with its very own graveyard just outside. Full of moss-covered sentinels standing in jagged rows encircled by a spike-topped cast iron fence. It was accessible only through a double swinging gate which creaked open far enough to allow the occasional new resident to be carried in.  Though creepy, it was a wonderful place for hide and seek, and for a fellow such as myself to escort his lady for a bit of alone time.

Unfortunately, the fly in our collective ointment answered to the name of Julia’s cousin Brandon. Cousin Brandon was at once my savior and my nemesis. Because it was not considered proper to have a playdate with a girl, I had developed and implemented an elaborate three-step plan:

Step 2) Get Mom to provide a note allowing me to ride the bus home with my new best friend.

Step 3) Convince Cousin Brandon we should walk the mile from his house to Julia’s.  Now, this was not terribly difficult because, as I have already told you, she had a graveyard and hey, who doesn’t love to play hide and seek in a graveyard?  I should admit, Cousin Brandon was easily drawn into my web of deceit because he was unaccustomed to having friends, although he would later make a name for himself in certain Dungeon and Dragon circles.

Now here is what made my Machiavellian scheme so brilliant: we would allow Cousin Brandon to hide, and then wander off to enjoy each other’s company. Since no one was looking for him, he was never found, and could proclaim himself to be the undisputed hide and seek champion.  He was left to revel in his victory, thereby ensuring his continued participation. It was a plan brilliant in its simplicity and gloriously effective. No one was supposed to get hurt.

That all changed the fateful day that Cousin Brandon, bored with his unbroken string of victories, decided to up the stakes by turning the tables on his pursuers. The hunters had become the hunted. Unfortunately, the hunters were down by the stream gazing lovingly into the deep, dark pools of each other’s eyes. If I recall correctly, the pools of Julia’s eyes were still a little weepy owing to a recent bout of conjunctivitis. It wasn’t until the brisk autumn air was pierced with a bloodcurdling scream that we were unceremoniously pulled from our courting.

Poor Cousin Brandon had climbed onto one of the taller gravestones in order to, as he would later describe it, “achieve the high ground” (Brandon was a bit of a Civil War buff). Unfortunately, the high ground he achieved was unaccustomed to the added weight of a hyperactive third grader, and due to a hundred years of weathering, it was not terribly secure. When we arrived upon the scene, the only bits of Cousin Brandon that were visible were two flailing arms and a screaming head. It took two paramedics, several car jacks, and a good thirty minutes to extricate him. Luckily for Cousin Brandon, his head had not been crushed, but he was otherwise entombed in a full body cast with sticks holding his arms at strange angles. I offered to push his wheelchair while trick-or-treating if he would only wrap his head up and go as a mummy. I was certain we would rake in the sympathy candy, but his mother insisted he needed his rest.

Not to be callous, but Cousin Brandon’s clumsiness had several seriously negative impacts on my life:

I was left with a broken heart that would not mend until the following Thursday evening at 8:00 p.m. (7:00 central) when Charlie’s Angels came on and super sleuth Jill Monroe (played with what should have been an Emmy-winning gravitas, by Farah Fawcett) wiped Julia from my mind.

It was, I’m sure, for the best. They say love can blind us to the faults in others. I hate to make accusations but once, while putting my Chucks back on after letting our feet dangle in the stream, I noticed one quarter, two dimes, four nickels and seven pennies missing from my emergency shoe money. I could never prove it, but I still believe I heard a slight jingle coming from Julia’s direction as she walked out of my life.