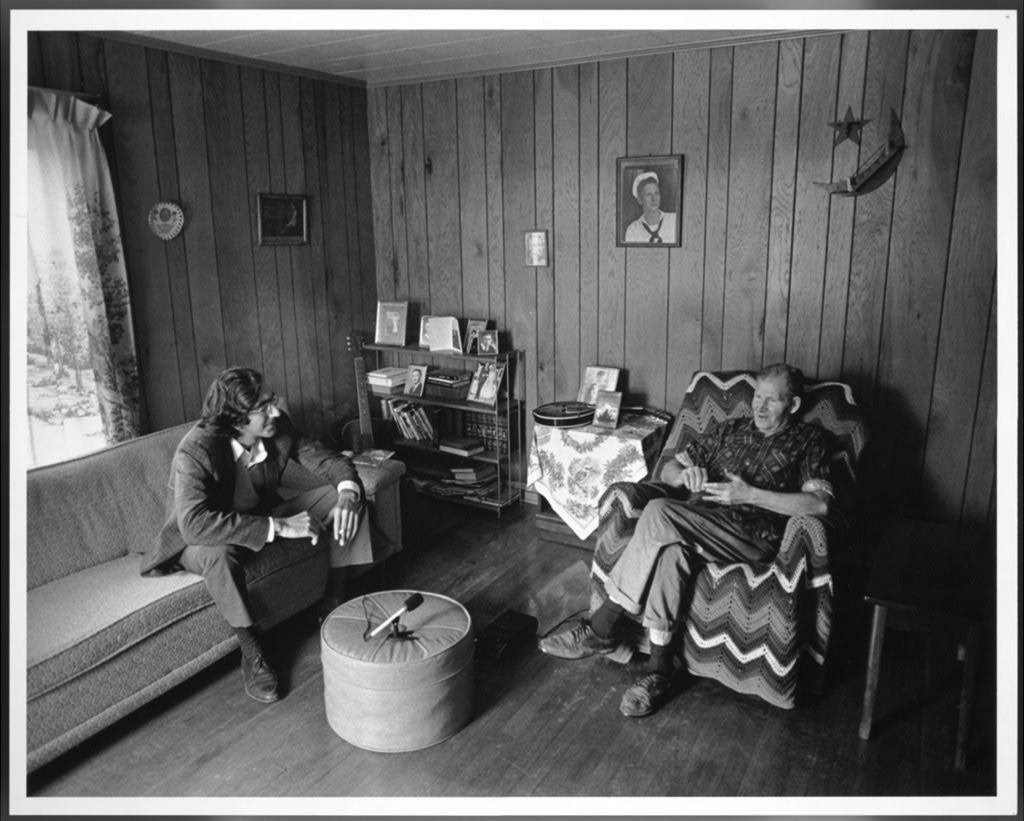 Southern Legitimacy Statement: I live in Fort Worth but hope to die in the desert. I love my two dogs, two daughters, and Texas, but not necessarily in that order. Mark A. Nobles is a sixth generation Texan born on Fort Worth’s infamous Jacksboro Highway and proudly claims blood and kinship with Thunder Road’s gamblers, outlaws, and wastrels.

In his head, Wilbur heard the sound of film running through a projector his every waking hour as well as in his sleep. Seventy years spooling 35mm prints through two projectors for twelve hours a day will leave a mark on the brain, a kind of tinnitus that Wilbur found comforting, like a toddler listening to his mother’s lullaby in the half haze between wake and sleep.

His window in the booth was a portal to the strange, exotic world beyond his dusty home in Mule Shoe, Texas. Wilbur always thought it odd that even though he lived his life in the vast expanse that is West Texas, his world was tiny. Pretty much confined to his seven hundred and thirty-five square foot home, inherited from his mother, and the twenty by ten projection booth of the Wallace.

But through that window, Wilbur had seen wars fought in dang near every century from the biblical times of the Great Pharaohs to the marching hordes of Nazis, little more than seventy years ago. He had seen great loves won and lost, but mostly won. He had hacked his way through the jungles of darkest Africa. He had traversed the endless desert sands of Arabia. He had seen London, he had seen France, and starting in the late 1960s, he had seen more than a few women’s underpants.

Wilbur was only the third projectionist at the Wallace when he went to the booth in 1944. The first had lasted just shy of a month when he lit out for the siren song of Fort Worth. The second lasted four years, two months and three weeks to the day before Mr. Prescott, the Wallace’s manager, fired him for getting drunk and frisky up in the booth with one of the concession girls. Wilbur was seventeen at the time and tearing tickets for extra cash, when Mr. Prescott asked him if he could run the projector until they could find a suitable replacement.

Turned out Wilbur was the suitable replacement.

Wilbur showed up every day at 11am sharp, dressed in starched Dickies khaki breeches, pressed, short sleeve pearl snap white shirt with a black western bow tie, and black, spit-polished, sharp-toed boots. He exchanged greetings with Mr. Prescott, remembering the second projectionist, he gave a curt, yet polite nod of howdy to the concession girl, and proceeded straight to his booth.

Thursday mornings Wilbur rose at first light and drove the one hour and fifteen-minute trip down State Highway 84 to Lubbock and pick up the new double feature and newsreels. From ’57 to somewhere in the late sixties the pictures changed every week. Sometime around 1967 or ’68 the films began to run for two, three, or on rare occasions, sometimes even four weeks. It was about that same time the distributors began shipping straight to the Wallace and Wilbur was happy not to make the two and a half hour round trip, which Mr. Prescott never paid him for. After the last showing on Thursday, Wilbur had to break down the films that were coming off the marquee and pack them back in their canisters. These canisters were heavy, steel, heptagon containers with cumbersome metal latches. Up until the mid 1950s 35mm film was made of nitrate, an extremely flammable substance, and Wilbur supposed the cans were made of steel in the event the three to four reels inside ever exploded and caught fire. The studios, notoriously cheap, reused the canisters from picture to picture and since they were built to withstand explosions, they lasted forever.

It was not uncommon for Wilbur to see titles on labels, set off-center, or exposed by peeling newer labels, for films twenty, thirty, or even forty years older. At the end of the night, Wilbur lugged the cans from the booth to the lobby, it usually took two, sometimes three trips, and left them by the door. The next morning, Mr. Prescott drove the canisters back to Lubbock as his mother was in a nursing home there and he drove in to check on her every Friday. They would have a late breakfast, gossip about the latest goings on in Mule Shoe, and Mr. Prescott would bring his mother chocolates.

Leaving the Wallace early Friday morning, Wilbur would walk the half block down Main to the Mornin’ Sunshine Donut Shop and tap lightly on the door. Jeanna May would emerge from the back a few seconds later with a sack full of fresh out of the lard donut holes and a paper cup of black coffee. Jeanna May and her husband Bubba Del would drop their three young ‘uns off every Saturday at noon and leave them at the Wallace until dinnertime. Wilbur had talked Mr. Prescott into letting the kids in free in exchange for donuts and coffee every Friday morning, but they had to pay for their popcorn and coke.

After seventy years the booth had become a home away from home to Wilbur, yet he had not personalized the space all that much. He had a comfortable, overstuffed chair, a coffee pot, and four mugs. To help pass the time Wilbur had a dog-eared paperback of Fredrik Brown’s Screaming Mimi and a hardback of Harper Lee’s To Kill a Mockingbird held together with rubber bands. He had hung only a few posters and they had to be taped to the walls as the entire booth, walls, floor, and ceiling, were lined in steel, another nod to the explosiveness of the nitrate film. There was The Blob and The Cincinnati Kid because Steve McQueen was always a favorite. The Tingler, Ace in the Hole, and Little Big Man. Wilbur wasn’t a fan of Hoffman, but he liked a good western. The final poster held to the wall with yellowing tape was Marcel Camus’s Black Orpheus. This 1959 musical fantasy was hung more as a curiosity than a personal favorite. No one was sure why the distributor had sent the queer foreign film to the Wallace in Mule Shoe. The distributor that provided pictures to the Wallace was based outta Dallas and Mr. Prescott always said the man was a little ‘light in his boots.’ Wilbur had never met the distributor but imagined him to be a short, oval, bespectacled, Jewish man from Mr. Prescott’s description.

Four people had wandered into the first showing at 12:15 the Friday Black Orpheus opened. Three of the four left after five minutes and complained vociferously about the foreign jabbering. Mr. Clark, who owned the Palomino Motel just outside town said if he’d ‘a wanted to watch films in French, he wouldn’t of fought the Natzees in W W Two.’ When Mr. Prescott told Mr. Clark, the film was in Portuguese, not French, it did not make Mr. Clark feel one iota better. Little Jimmy Holcomb was the only soul who sat all the way through, and he not only stayed all the way through the picture but stayed for another showing and came back again on Sunday. It was the only two tickets that sold for Black Orpheus that remained sold as word spread through town like wildfire to stay away from the Wallace that week. There was even talk of starting a censorship board like the ones in Fort Worth, Dallas, Amarillo, Lubbock, and other cities of iniquity.

Mr. Prescott swore on Preacher Biggums bible this gross miscarriage of propriety would never happen again. Things settled down the next week when Ben Hur was shipped back for a second run. Two years later little Jimmy Holcomb graduated Mule Shoe High and lit out for Austin. Rumor was he joined a hippie commune and smoked the marijuana, lost his mind, and spent the rest of his days in a mental hospital thinking he was a glass of orange juice. Preacher Biggums, Mr. Clark, and little Jimmy’s mama all blamed little Jimmy’s descent into hedonism on those three screenings of Black Orpheus.

The main reason, however, the poster for Black Orpheus hung in Wilbur’s booth was because Mr. Prescott keeled over from a heart attack the Thursday night Wilbur was packing the picture up to send back. Wilbur had carried the last of the canisters down from the booth and set them down loudly on the Spanish tile in the lobby. This usually brought Mr. Prescott out from his office. When he did not emerge, Wilbur went to check on him and found Mr. Prescott hunched over his desk, tinged grey and cold as February. Wilbur was so upset and flustered by the commotion of the police, mortuary, and even Mule Shoe’s volunteer fire department coming and going as they examined, then collected dead Mr. Prescott, that he neglected to package up the poster and send it back with the canisters. Mr. Prescott’s son, William, drove in from Arlington Baptist College and took over running the Wallace that very night. The Wallace, through death, tornadoes, sandstorms, and wars, never closed a day in its history.

The Wallace had struggled with the ever-rising first run fees demanded by distributors but continued to show first-run pictures to their loyal Mule Shoe audience. Six months ago, however, the distributors announced they would no longer ship 35mm film. Every theatre was or had already converted to digital. The conversion expense was exorbitant and Mr. Prescott, Jr. announced the Wallace would shutter its doors.

Wilbur, now eighty-four years old, no longer had a portal to the wider world. After the final frame of the final picture to ever screen at the Wallace was over, he went down to the lobby, had a piece of cake, and a glass of red punch, and accepted the ‘thank yous,’ and ‘congratulations’ on retirement from most everyone not just in Mule Shoe, but the entirety of Bailey County. Folks had come from miles and miles to see the final picture show at the Wallace.

Returning to the booth, Wilbur sat in silence, staring at the two Motiograph carbon arc projectors. He took a deep breath, stood, and walked to a cabinet at the back of the booth. Inside the cabinet was a large metal box. For seventy years Wilbur had tossed and saved, inside the box, every frame he had ever cut from every picture he had ever spliced. Some pieces of film were only a frame or two, most were four, six, seven, maybe nine or ten frames at best. All were brittle, and a fair share had broken sprocket holes.

Slowly, carefully, and as best he could, Wilbur spliced all the film together in chronological order. It takes twenty-four frames per second to give pictures the illusion of motion. Well, sixteen frames per second will do it, but the old Motiographs ran at twenty-four. None of Wilbur’s splices were twenty-four frames. Still, when he spliced together the frames of his life he had eight minutes of jerky, jumpy, blurred images.

Wilbur stood at the portal, staring at the screen, as the projector spooled his reel. The soundtrack of the film was a wall of white noise, so Wilbur reached over and switched off the volume to the booth speakers. Wilbur watched the pictures and listened to the projector.