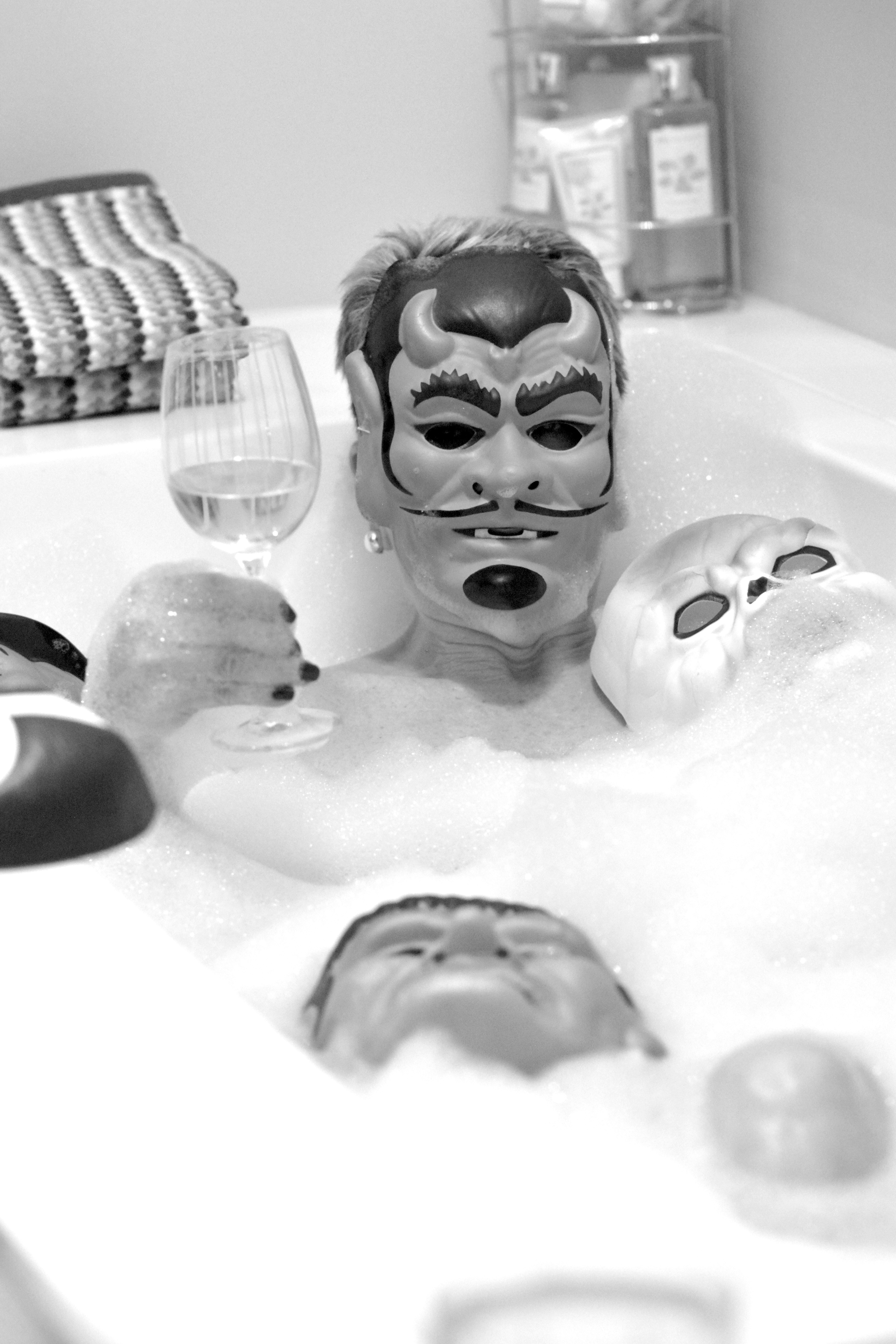 Southern Legitimacy Statement:  Drive east from Southern California and you’ll eventually run out of road. That’s when I knew I was in “the South,” where I could disappear, and the real me could burst forth! Wallpapering bathrooms for a housing contractor. Working in a Timex factory. Thinking of stories that take place in grand mansions down on their luck, like me. Thirty years later, I’m in Kentucky and feel like I’ll live to be a hundred. Those old houses are still standing.

It is said that the opposite of love is not hate, but indifference. Could this be the reason why the Western mind has a difficult time understanding Buddhism, which asks us to silence the monkey of thoughts and desires and seek the nothingness of nirvana? Perhaps it’s the reason why the indifference of Hinduism galls the Western sensibility, or why Christians found Christ’s words enigmatic – he who loses his life shall save it, he who would be rich must give all he has away.  Is it possible, then, that when the Dada-Surrealist artist and poet Marcel Duchamp wrote, “My irony is that of indifference —meta-irony,” it just might be he was closer to Eastern philosophy and Christian mysticism than we, or he, realized? He did, after all, give up art to play chess (as a form of the emptiness of worldly indifference), much as a businessman relinquishes worldly striving to play golf when he retires.

While living, Duchamp was given secular reverence as the Daddy of Surrealism, and his indifference is likewise secular. His is not the conscious rejection of the world as Buddha and Christ rejected vanities. His rejection reveals no emotional choice. His rejection is thoughtless randomness divorced from calculation. His ‘means’ is not to accomplish an ‘end.’ Questions of means and ends, in Duchamp’s case, do not exist. He never desired anyway. Poetry and painting, according to Duchamp, must be beautiful, must desire to be so, and must express desire to be beautiful in fact, but is not in the artist. The poets and the artist simply expresses what is inside him and it is the observer who determines whether it’s beautiful.

Tristan Tzara, the Father of Dada, said: A work of art is never beautiful by decree, objectively and for all. Hence, criticism is useless, it exists only subjectively, for each man separately, without the slightest character of universality.

Duchamp echoes Tzara. He says: “… art may be bad, good, or indifference, but whatever adjective is used, we must call it art, and bad art is still art … Millions of artists create, only a few thousands are discussed or accepted by the spectator, and many less are consecrated by posterity.”

We, the spectators, then, according to Duchamp, are co-creators in that we bring the subconscious work of the artist “in contact with the external world by deciphering and interpreting the [artists’] inner qualifications and thus adds his contribution to the creative act.” It is the spectator who determines the “weight of the work on the esthetic scale.”

What is the desire expressed by Duchamp’s signed “readymade” art, his beautiful urinal? We all desire to pee sometime. The language may be stilted, but the message was still that beauty is in the eye of the beholder. However, what the Dada-Surrealists also realized, quite consciously even if the expression of what they knew was articulated by subconscious choices, was that they were engaged in a process of revolutionary change unlike that which had ever been seen or heard.

In the late nineteenth-century, Europe was still fighting more or less traditional wars, albeit sometimes in far-flung countries and colonies as industrialization continued unabated at home. For pacifist artists, society’s gate-keepers who decided which artist succeeded or failed, were just another example of oppression; innovative artists were no better off than dehumanized industrial workers. Yet, no matter how Avant Garde the Dada-Surrealists were or how important they believed themselves to be as artists, they were only a part of a philosophic and technological re-orientation of humans to the world around them. Millions of “spectators” died in the course of that re-orientation from 1914-1945. Monarchies were toppled, governments crumbled as new ones arose, and those responsible for transitioning the world’s population into modernity knew little about, and were indifferent to, the causes/effects of machinery on the minds, hearts and souls of the masses.

To the Dada-Surrealists, elites and the bourgeoise, were incredible, unworthy spectators. Ordinary people would weigh an artist’s worth with their own subjective preferences, and the new innovative artists beginning with the Impressionists, exhibited their work independently. These artists of the people, in terms of subject matter as well as materials, might not have known it at the time, but were relying on the invisible hand of the marketplace to determine their worth.

But the marketplace works at its own speed and in its own way. It must compete with other social forces, philosophic, political and technological, that can impede its operation. The nihilism that infected society after the Great War of 1914, and inspired the Dada-Surrealists to reject the still stratified but mechanizing world in which they found themselves, was a disease long in the making. Only they didn’t recognize that they were carriers too. Like the communists and the fascists that exemplified the virulent strains of nihilism but believed they were the cure for it nonetheless, artists who carved up reality, fractured peoples’ perceptions and emotions, and represented the world devoid of any transcendent avenues of meaning.

Those artists that prided themselves on rejecting the rational/objectivity of capitalist structures in favor of the irrational/subjectivisms of ‘the people’ who continually ‘live in the present moment’ did not live long enough to see their indifference mutate into nihilism for all. The internet has fulfilled its promise of unlimited opportunity for artists, but also delivered a sewer of spectators who express their indifference to everything, even shame and decorum, in the vilest way possible.

Allegedly, there’re no communication boundaries though there are rules, for some. Allegedly, there’re no laws though there is censorship, for some. We spectators are fractured Dada-Surrealists in the fullest sense because we are nothing more than what people see, and weigh our worth based on strictly enforced regulated categories: race, gender, class, victim. But we’re anonymous. Potentially dangerous.

Is it possible that, of all the Dada-Surrealists, Duchamp was the one who saw the sewer, decided life’s unending chess matches are existentially dicey, and made the rest of his life performance art that says, “It’s your move”?