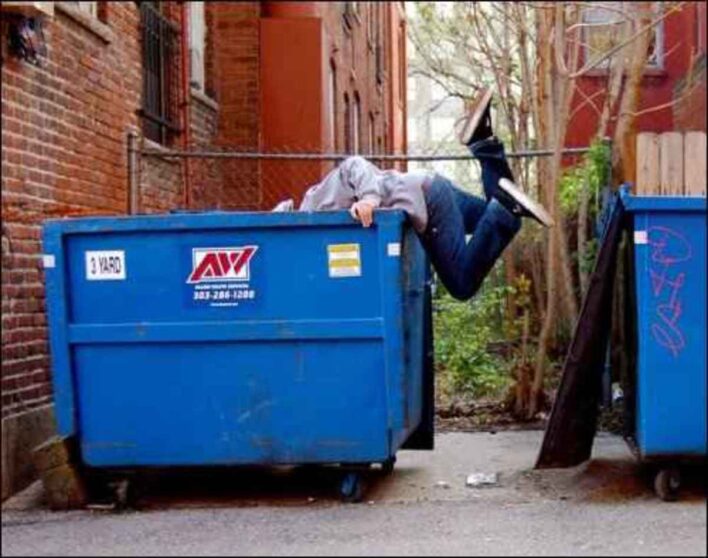 Southern Legitimacy Statement: Florida is in me and has never left me, though I have left Florida. In Florida I rode the yellow school bus, drove my first car, played guitar in a punk rock band and kissed my first kiss. I swam in sinkholes and drank by rivers and bonfires with rednecks. For a decade I lived in a shack in Florida’s capital, and some people might even call me Florida Man. I don’t mind one bit if they do!

For thirty years I’ve done the dive. I dived in upstate New York when I lived on the commune, and in Baltimore as an industrial worker of the world. I dived in Tallahassee as a college student who lived in a shack. I was a vegetarian, so all this meat, I’m serious, like thousands of dollars in steaks, I drove out south of town, to Woodville, where I gave it to my poor redneck friends whose extra money went for beer. My own extra money went for beer. I mean, who wants walk through a supermarket and pick and choose when all you gotta do is drive around back, behind the store?

Oh, the dive saved time, saved money, and was fun. I loved the smell to come up, the pungent miasma that hit me in the face when I poked my head over the thick steel rim of a scorching July afternoon, and peered down, taking in the lay of the land, as it were, a ground made of tomatoes, squash, and cottage cheese. Golden Twinkies, flower bouquets and apples. Can anybody say gourmet coffee? What of red wine, celery sticks and filet mignon? I loved jumping in, how the surface you landed on gave way, sinking unevenly according to the shape of treasures concealed below.

Diving is a sensual activity, or call it a sport. I like jumping in there with women in cutoff shorts and cheap sandals, that sort of thing, us scooping the stuff up and feeding each other with fingers, right there, on the spot. On hot days when the dumpster is filled with half-gallon boxes of ice-cream, who can resist peeling off a lid and dumping back swallows of cold strawberry cream? Check it out: my face is lifted sunward, my eyes closed, and the liquid overflows from the corners of my mouth and stains my clothes. See me drop to my stomach and reach downward through a hole. My hand is feeling around for promising things, and what’s this? Oh, he’s pulled up a large block of Swiss cheese. He throws it in a box then reaches through the same hole to pull up block after block of cheese, cheese, melty cheese and hard cheese. We’re talking cheddars, muensters, Colby-jacks and brie. I’ve in the dumpster found heaps of peaches, plums, mushrooms and asparagus. Yogurt. There’s never a shortage of delicious veggies, fresh fruits and bakery breads, canned goods and, as much as I hate to say it, sweets.

Imagine doing this year after year, and the years turn to decades, just eating thousands of dumpster donuts and cookies and cakes and candies, and all that sugar passing through your bowels. If “the prime cause of cancer is the replacement of the respiration of oxygen in normal body cells by a fermentation of sugar,” as Otto Warburg famously warned us a gazillion years ago, then why do we eat so much goddamned sugar?

Why, we ask, is sugar on the menu approved by the American Cancer Society for patients undergoing chemotherapy? On their list of things good for me are angel food cake and every manner of glucose-producing carbohydrate. How is a guy like me, or anybody with cancer, for that matter, to make sense of the conflicting views on what makes cancers thrive? You go to the hospital, they feed you chocolates and muffins and sugary nutritional drinks like Ensure.

So I don’t know, hard to say, just lately I’ve had this sweet tooth from Planet Uranus, I mean, I gotta like put blue agave in my coffee, which I top off with Reddi-Wip. I just gotta like eat all the pumpkin cookies, eat the shortbread cookies, the scones; and then at my girlfriend’s place I eat ice-cream, pumpkin pie, chocolate-covered pretzels and whatever other sweet thing she has laying around. It’s like the cancer is saying “Feed me, goddamnit! Feed me. Feed me!” And the voice is getting louder, more persistent the longer I wait to have the tumor removed.

I picture my tumor—it’s got a big ole mouth with sharp white teeth, and it chomps into the graham crackers I feed it daily, growing bigger with each bite. Yet I eat the graham crackers, and rice and garlic naan I pull up from the depths of the heated food machine. It’s like nothing can stop me. I have no mind of my own because everything I do is with cancer, and cancer too has a mind, and that mind is a powerful mind, a mind stronger, so it would seem, than my own mind. Until the tumor is removed, therefore, I cannot reasonably be expected to refrain from eating cookies and cakes, can I?

Oh, my childhood dreams of garbage were powerful things. Of the many thousands of dreams I’ve forgotten, my early dreams of garbage remain vivid. After getting compacted with the garbage of my neighbors in my middleclass neighborhood in Florida, I was driven to the processing plant where my little boy’s body was emptied out, ripped and torn, onto a conveyor belt that took it through a rain of butcher knives. I was cut into a thousand pieces that were then dropped off the conveyor into a bubbling vat. The contents of the vat were used to make bricks that were then used in the walls of my elementary school. I was a brick that looked out upon the field where the children of my class played and laughed and ran and had fun.

As a brick I felt distanced from the things that mattered. I was restrained and could do nothing but watch and yearn, same as today as I look out at the world through the window of the big hot box we call the dumpster. If one thing about me is true, it’s that I was a dumpster child, a filthy little dirty little boy who grew into a garbage-eating dumpster-diving adult who plunders and spelunkers hot dumpsters for bananas, grapes and Italian bread. Bell peppers and blueberries. My dreams of garbage, of being thrown out with slop, have long disappeared, but not that space between us, between you and I, that I wish would grow smaller, like my tumor will when blasted with radiation.