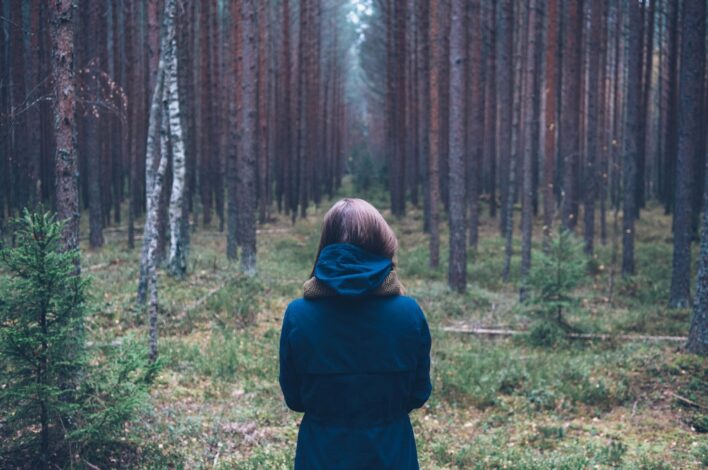 Southern Legitimacy Statement: Simran Bhakta is an emerging writer from Texas. She likes her tea iced, and sweet (And not served unsweetened with a jar of sugar when she requests it at a restaurant) and says y’all at least once in every sentence. When she’s not writing she moonlights as a financial analyst and serves on the Adroit Journals’ managerial board.

“I don’t understand” she wants to say. The boy in front of her rambling on about his midnight adventures, all of which are “R-rated” he adds. With a face like wet clay, molding into a different expression every few seconds, he tells her about the pictures he took, and the women he felt. The smile is curled wide on his face, but his eyes are frayed. She wonders if those pictures left him with a glimmer. If their lingering spirit creeped out from within the LED screen and touched his heart.

He tells her she is glowing, her face a paper lantern in the pitch-black night. His attention shifts to her all at once. His dull eyes lifting from the ink-stained tips of her fingers to the frayed hem of her clothes, framing her breasts. He asks if she has met someone new. If she is having midnight adventures of her own.

“You won’t understand” she wants to say. The words swim in her mouth, but she swallows them whole. She wonders how different this conversation would be if she let her words run free. “I don’t want love, or sex, or money.” She would tell him.

She had decided long ago that she did not need any of those things. She had arranged them all on a golden platter, clumped together like olives. Placed carefully before their crumbling throne, an offering to the ancient gods she could not see. With her head pressed to the ground, she begged for their favor. A single stroke of luck. A small spark, something no bigger than an ember, that she might cultivate into a roaring flame. Something small that comes to bloom all at once and promptly dies. She beseeched them to never separate her from the tools of her craft. She whispered that if it pleased them, if they required amusement for their gifts, she would even craft with her bare hands. She would use the soft flesh of her arms and thighs as a canvas, her fingers her brush.

She trembled at their feet, begged for a single glance, for a gift. In return, she will give everything she has. Her youth, the loves she would have had, and the futures she could have grasped. She would watch them fall like fruit as they rot at her feet, for a single chance. A chance to create something larger than the mortal coil she had been granted.

“I don’t understand” The boy would say in response, his eyebrows threading together, and she would feel profoundly sorry for him. To be ignorant of the true joy in life was nothing short of a curse. Perhaps he feels the same way about her, the same words motivated by a different meaning. Both stand across from the other, like a mirror reflecting a reversed image, believing their way of life to be superior, the only way. But all these words are too heavy, too dark. If she were to release them from the confines of her mouth, it would suffocate them both. So instead she says- “No, I’m not dating right now.”