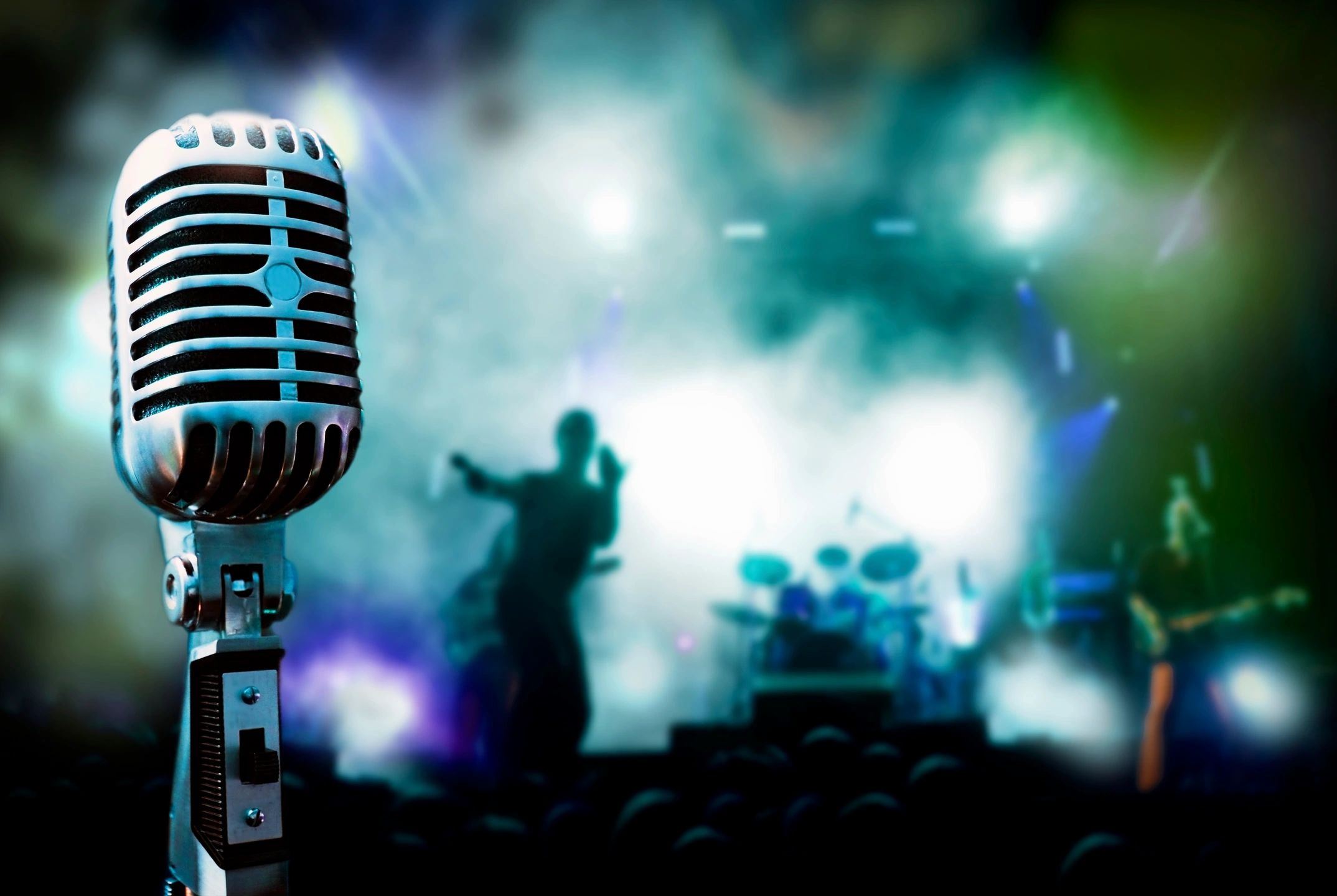 Southern Legitimacy Statement: Proud as a peacock to be truly southern. Born below the gnat line in middle Georgia. Lived in Hot Atlanta a few years, then raised a bunch youngins within a view of the north Georgia mountains. Currently spreading my feathers in the humid swamps of north-central Florida.

The Byron Pot Festival was held at the Middle Georgia Speedway near the small town of Byron, Georgia, on the fourth of July weekend of 1970.  Officially, the festival was known as the second annual Atlanta International Pop Festival. It was a blissful tribal gathering of several hundred thousand long haired hippies, short-haired frat boys, sorority girls, red necks, and music lovers in general.  It was the Woodstock of the South, and featured such musicians as the Allman Brothers Band, Jimi Hendrix, Grand Funk Railroad, BB King, and other popular artists. Can you imagine a bunch of conservative Southern Baptist Deacons attending this rock music festival, and what the experience would have been like for them?  If you can’t, I am going to recant an eye witness account of the experience just for you.

The festival experienced problems from the start.  It was not so much all the drugs, alcohol, and hallucinogens that were freely distributed and consumed by many of the festival attendees – the event was mostly crime and violence free – but a problem of logistics. More people showed up for the event than the festival, or the surrounding area for that matter, had the resources to handle.  The roads were gridlocked with traffic.  But the biggest concern locally was food more so than traffic or lodging. Very few of the concert goers brought any food for their weekend of sex, drugs, and rock and roll.

The festival organizers contacted several local churches. The churches of the surrounding communities were asked if they could help out their fellow man by providing and distributing food for the concert attendees.  Jesus is who the festival organizers needed. A miracle of breaking a few loaves of bread and a few fish that would feed a multitude of several hundred thousand hungry, hot, and hip young people.  The concert organizers’ pleas for help were answered, but not directly by Jesus himself.  What they got was a large group of Southern Baptist Deacons towing covered trailers, who were willing to make thousands of peanut butter and jelly sandwiches.

My father was one of those deacon sandwich makers that answered the call for help.  His experiences, as told to me on numerous occasions years later, were as colorful as the woolen shawls worn by those “hippies” that weekend.

The story always began the same way. “Get your hit here!  Get your trip here!” Dad would repeat in a sneering voice, quoting the bountifully supplied LSD peddlers he had encountered at the festival.  “They just kept talking about dropping hits, but they were eating those purple pills, not dropping them.  I didn’t understand the mechanics of what they were talking about.  Let me tell you about these sorry folks. Long-haired, all uncombed, and some of it came all the way down to their tails.  Both men and women were dressed in dirty blue jeans and most of them just bare-footed with nasty, grimy toenails.”

Dad kept talking to my delight. “I had a good idea what me and the other church men were volunteering for.  When I was coming home from work Tuesday evening before the holiday, I saw a bunch of them wackos that had arrived early jumping off the bridge over Sandy Creek. They were naked as a Jay Bird! I stopped and looked over the bridge, just to make sure everyone was safe down in that watering hole.  There were snakes in them waters you know. I could hardly believe my eyes.  Girls with their mountains bouncing and boys with their tally-whackers swinging.  Some of them rubbing on each other indelicately, and everyone was in their birthday suits.  Those young people had the morals of drunken sailors after a four-month cruise. Son, can you just imagine that? Naked swimmers a quarter mile from our doorstep,” Daddy asked me rhetorically.  Oh yes, I could imagine.

Daddy then pulled a small amount of Levi Garrett chewing tobacco from his pouch, rolled into a ball with his fingers to the size of a raisin, stuck it between his gum and check, and continued to speak to my delight. “When we got over there a whole mess of plenty of sinning going on. When we were pulling in with the food trailer in the morning, them weirdos would be urinating and defecating in the pecan orchard next to the racetrack. In the evening, when we were leaving, they be fornicating in the same spots.  They were screwing all over the place without the least bit of inhibition – zero shame. One evening there was a gal riding naked on a motorcycle. Can you believe that?  It was like Lady Godiva with red hair and all, but this gal wasn’t no lady in my opinion.  All I could say was mercy, and ask myself what is this world coming too?  But I already knew the answer to my own question.  It’s in the Bible.  Hell and destruction, son, that is what this world is coming to.  Mercy, mercy me! I tell you by all the devilment I saw those two days, I am sure that the finish line for this world is coming up soon.”  Dad was in especially rare form with this retelling of his experience.  It only got better as he continued.

“I don’t plan to ever make another peanut butter jelly sandwich again in my life.  Must have made ten thousand of them.  Grape, apple, and strawberry jellies. Even used the end pieces of the Sunbeam loaves; those folks didn’t care.  Had one fellow – I think he was a male but it was hard to tell with all that caveman hair – that wanted to trade me a gallon jug of Jack Daniels for two quarts of peanut butter.  I told that hairy thing that I, nor the First Baptist Church, didn’t have any use for that strong bottle of spirits. Then the young Neanderthal just grinned at me and asked me if he could bum a smoke.  I gave him a Marlboro and two sandwiches, one with grape, the other with apple, and he went about his way.  I saw him a little bit later when we were on a short break from sandwich making.  The hairy caveman had a cavewoman with him, and they were just fluttering about kind of dancing. Skipping and whirling around with their arms spread out, but there weren’t no music playing at the time.  They were capering – that’s it – capering like children at play. Both of them fools had jelly smeared all over their faces, oblivious. It was a PB&J acid caper, that is what it was. Mercy me, Mercy me!”

Dad was all geared up in the story, so I edged him on a bit further with a few questions.  “Pop, did you get to hear the music? Did you see any of the bands playing?” I asked, already knowing the expected answer.  “Music, is that what they called it? I heard it alright, but wouldn’t call it music.  Sounded more like a dying animal hollering with train breaks squealing in the background.  Blam, Bam, yang, yang – it all gave me a head ache. That hippie music was just the chimes of the world’s soon end.  The chimes of hell. Mercy to me,” dad exclaimed.

“None of the music was good at all, so you’re saying?” I asked trying to get a new nugget of information.  Dad paused and looked up, recalling the experience. “Well, there was a black fellow that was more soul, you know, blues music.  They said he was from Memphis, and I guess he sounded okay and all.”  I thought to myself, mercy, my father had actually seen BB King in concert and even offered him a compliment on his music.  What was the world coming to?

There was no Byron Pot Festival the next year or any year thereafter. Jimi Hendricks was dead by the next year and the promoter of the festival was bankrupt.  Byron was a one and done venue.  The era of free love, good vibe, outdoor concert events had passed.  But I am thankful for the 1970 event simply for the stories it produced for my father to tell, and the memories of these colorful conversations. I can’t drive over the bridge across Sandy Creek today without looking for naked jaybirds and thinking of him.