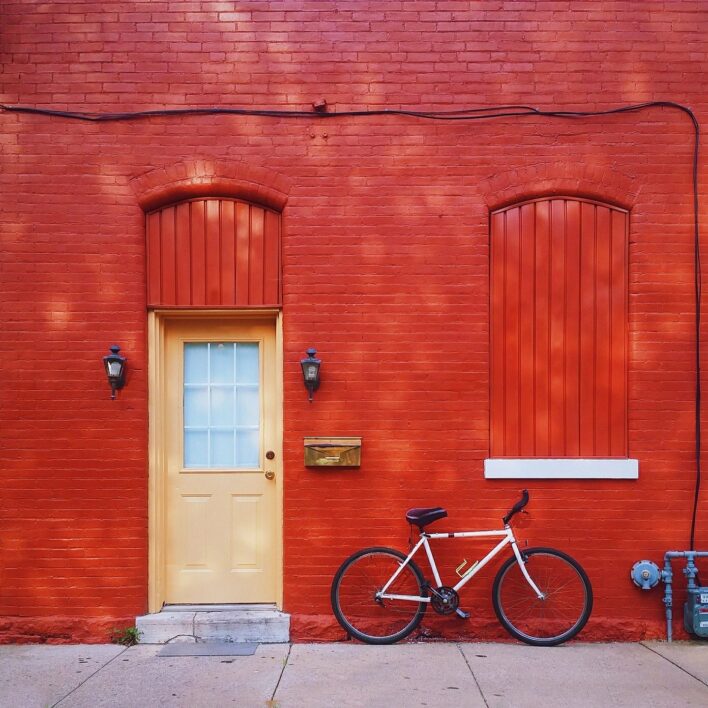 Southern Legitimacy Statement: I was born in Augusta Georgia, in the same hospital where my father was born, in the same town where my father’s parents still lived, where one great grandparent still lived, and where I grew up and raised my own family. I’m still here. I lived a year in Europe during college, and after graduating law school, two years in Milwaukee, Wisconsin, which was enough to send me running home. It wasn’t so much the people up there; it was the weather. I never learned to stay upright on the ice.

A Knock at the Door

My doorbell doesn’t work. Why it doesn’t work, why it never will, and what all I’ve gone through to try to fix it doesn’t matter to the story, so I’ll leave that out. I didn’t need the thing anyway, because I had a rescue dog who barked incessantly, and when she did, at least half the time there would be someone at the door. On this particular day, there was.

The only person home with me that morning was William, my seven year old son. The dog was barking more frantically than usual, enough to make me go see what was up. I found William standing frozen in the middle of the room, staring wide-eyed at our back door. I followed his gaze and almost jumped out of my skin. The door was mostly glass, and in the center was a complete stranger leaning against it, peering inside, shading the glare from her eyes. She was looking around curiously, oblivious to William, but when she saw me coming she took a step back.

“May I help you?” I said through the door, without touching the knob.

“Yes, I’m sorry to bother you, but can I use your phone?” she asked. She was nervous, fidgety, but outwardly polite. She didn’t look like she was in distress.

My son was staring at me. He knew the story of the “Good Samaritan,” but he also knew we weren’t supposed to open the door to strangers. This was going to be interesting, and he was wondering what I was going to do. I straightened myself, standing taller than I felt. I was wary, and I know it’s wrong, but I wished she hadn’t seen me.

“I’m sorry I cannot let you in the house, because I do not know you,” I said through the door window. She just stared at me without expression. “But is there someone I can call for you?” I held up my cellphone for her to see.

I could tell by how she dressed that she was not from our neighborhood, or even a neighborhood nearby. It appeared that life had not dealt her a strong hand of cards. But I was suspicious. What was she doing here? Was someone with her? Did she want money? Our neighborhood got its share of panhandlers. William was still watching me expectantly.

“Did your car break down?” I yelled through the door, even though I didn’t see a car anywhere.

“My boyfriend just attacked me. He tried to choke me. I need the police,” she said. She was unemotional, which I found strange for someone who had just been attacked.

“He attacked you? Is he out there now?” She shook her head, no. “All right, yes let me call them for you. Just hold on.” I called the number and after some back and forth, the operator agreed to send a car to the house.

“They are on the way!” I yelled through the door. She nodded, and just stood there. Since she knew the police were on their way, wouldn’t she leave if she weren’t telling the truth? Maybe she really was in trouble?

It was hot outside, and I could see the girl was sweating. I wanted to help her, but something about her didn’t seem right. What if her boyfriend was hiding, waiting for me to open the door? I had my child to think of. She walked away from the door and sat down in the grass.

Ten minutes later, she was still there, sitting in the hot sun. My guard went down.

“Stay inside,” I said to William. I grabbed a cup of ice water, and walked out the door, halfway expecting someone to jump out at me. I looked around, but there was no one.

“Don’t worry. He’s not here,” said the girl when she saw me. “He’s down the street at his job. He’s a painter, and he makes good money,” she looked over at me for my reaction to that. I nodded to her, and she went on. “When I tried to drop him off, we got in this fight and he started hitting me, tryin’ to choke me. He took his keys to the truck and wouldn’t give ‘em to me, so I ran off down here.”

I sat down beside her, and handed her the water.

“So he tried to choke you?”

“Yeah but he wasn’t serious about it. He was just mad. But he ain’t never done anything like that before and I ain’t stayin with him!”

“How long have you lived with him?”

We sat there awkwardly for a minute, not knowing what to say to each other.

Finally a police car pulled slowly into the driveway, and a tall deputy stepped out of the car and walked toward us, unhurried. He took my name and my “statement,” which was not much, before he finally turned to the girl. She calmly told him the same story she told me, about the fight and the choking.

He made notes, unmoved. “Do you have someone to pick you up? Somewhere to go?” he asked. The girl hesitated. “You see, I cannot take you back to your house, the residence you share with the man you said attacked you.” He talked methodically. He obviously dealt with this a lot.

“Oh,” she said, looking down. It had not occurred to her that she would not be able to go back home, that the policeman wasn’t going to take her.

“Do you have someone to call?”

I shifted my weight, swatted a mosquito.

“Ma’am, I have all I need from you. You don’t need to stay out here,” said the officer to me.

“Yeah, I do. I got someone you can call,” the girl said finally. She recited a number to him, which he jotted in his report.

“So you don’t need anything more from me?” I said.

I walked back inside, wondering whose number she had given, hoping she really wouldn’t go back home. They stayed out there a good while, she and the policeman.

Finally I looked out on them again, and they were gone.