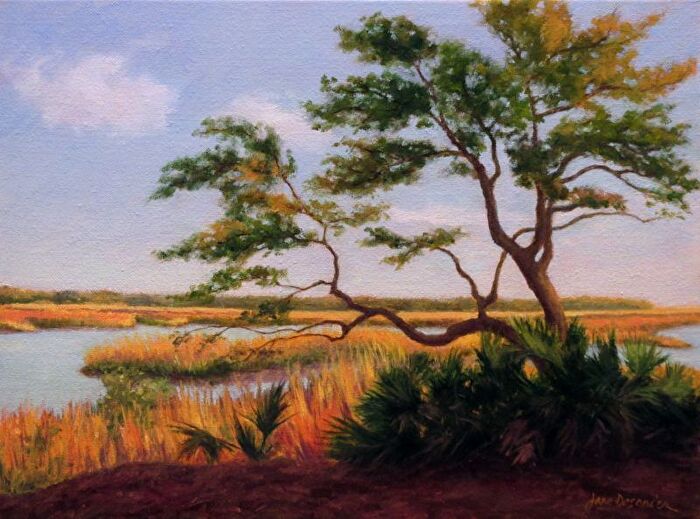 Southern Legitimacy Statement: I am originally from south Louisiana, where I grew up on the Bayou Teche. I now call eastern North Carolina home, where I live part-time on the Pamlico River. I teach at East Carolina University. I’ve written about Southern writers through most of my career, but have turned the page and am writing memoir these days.

When a Cajun Calls: Louisiana Priorities, circa 2002

The phone in my office in eastern North Carolina rings, and on the other end of the line the caller says my name when I pick up. “Maawwgaret.” With the absence of the r sound, the Cajun accent, I know I am hearing a voice from home, but I have absolutely no idea who has called. “This is Claude Boudreaux.* You remember me from our LSU days?”

I do. Handsome comes to mind, but not a distinct face—it has been probably two decades since I last saw him, during my undergraduate years at LSU. He was a friend of my best friend’s boyfriend (now husband). Definitely out of my league. “Of course, I do, Claude. Are you in North Carolina?”

“No, cher (pronounced “sha” with a short a, by Cajuns). I’m in New Iberia. How you doo-in, girl?” He sounds like Joey from Friends. Come to think of it, he looked like Joey. Wonder if he’s still good looking.

“Fine, Claude, you? What’s up?” I cannot imagine why he called.

“See, I was huntin on dis land las weekend in St. Mary Parish, and I come up on a sign, ‘Posted Margaret Wooster Bauer.’ I know her, I tell de guys I’m huntin wit. She’s from Franklin. So I looked you up and thought I’d give you a call. Aks could we build a blind on dat land for da rest of huntin season.”

“Sorry to disappoint you, Claude, but the sign refers to my late grandmother, so I assume that land is my daddy’s. You’ll have to call him.”

“Tell him you were named after Claude Robicheaux.” (How do I remember these things?) “They go way back. I’m sure he’ll be fine with it if he still owns the land, unless there’s something I don’t know about what you’re asking.”

“Happy to help. It’s nice to hear a voice from home.” It’s true. His Cajun accent brings bayous, boiled crawfish, and gumbo with the dark roux people from New Iberia know how to make, all right into my sterile, institutional office.

Wow. I haven’t seen the man in a score, he calls me to ask a favor, and then, not “Found your web page—a college professor, eh?; that’s impressive”—but “Is Irene still beautiful?”

“Yes, Claude. She is. Married, has a little boy.” And silently, But I’m single—still not beautiful, but single. He’s probably married, but maybe divorced. Since he’s several states away, I’m more amused than disappointed by his inquiry about my sister.

“I will. Nice to hear from you. Quite a surprise.”

Hanging up, I consider the likelihood that after forty-plus years of eating Louisiana food, Claude has gone to fat. I’m still slim—but so is my sister, and she is still beautiful. Mental note: ask my old friend, who probably still knows Claude, what he looks like now. Maybe he’s fat and bald. But I’m smiling. It is nice to hear a voice from home.

I will make gumbo this weekend, with fresh eastern North Carolina seafood, and I will brown the roux until it is darker than the bayou that ran behind my Louisiana home.