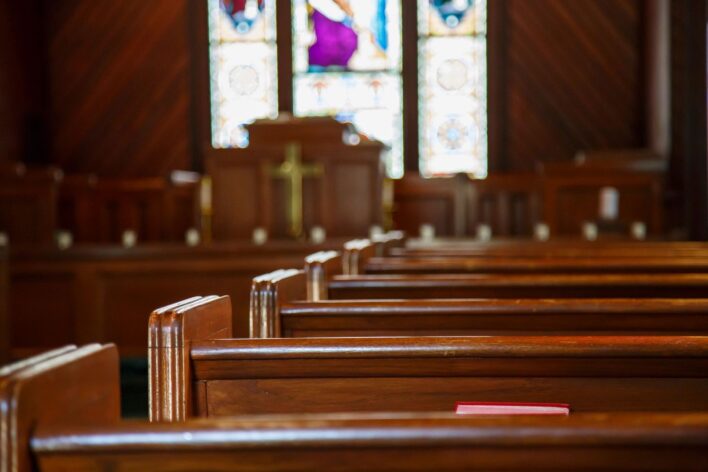 Southern Legitimacy Statement: Born and grew up in Mink Shoals, West Virginia. I love being in places with neat town names not found in the L.A. Times—most recently: Big Stick, Blue Jay 6, and Odd. Brown beans and cornbread might be my favorite meal. With wineberries for dessert. Will not eat turkey as I’d rather see them strutting around the meadows and brush. If you take me to a convenience store, I hope it’s Mountaineer Mart, but I’d prefer you carry me to the 19th century by a vehicle of your own choice. Let’s chat in a cave, not on a cell phone.

Near the end of Sam Pruett’s funeral, just when people started to come forward to view his body, Flessia Dobbins was overheard talking. “I like it chunky and homemade,” she said, leaning in the pew toward her old friend Ruby Goodall. Ruby sat empty-faced as Flessia’s grin exposed her gum line.

Soft organ music drifted through the dimly lit sanctuary—light bulbs had died too. Flessia stayed close to Ruby’s ear, chattering on even though her friend smelled like Pine-Sol and the little flowers on her dress had fractured into pink streaks and blotches.

“So I made ten jars when Alvin came back from Fort Bragg, but three of them went missing. Guess somebody else likes it that way too.”

Flessia waited for her friend to reply, but Ruby’s eyes stared off at the growing line to the casket, and when she stood up, Flessia followed her into the aisle.

Once in line, Flessia opened her purse for her bifocals; a strong scent of moth balls escaped. No point looking at her old friend without them she figured, scooting closer to Sam a few tiny steps at a time. The new Hush Puppies hurt her feet, and the ruddy corn on her crooked toe throbbed.

Standing in front of Flessia, Ruby remembered the last time she saw the man who had driven a school bus for Florence County for over thirty years. They had spoken about his Heirlooms and pole beans. Ruby rehashed the conversation in her mind, right down to the word—it moved much faster than the line to the coffin, flowing with life.

At the altar Ruby held her tissue to her face and peered over the edge of the casket into the black crepe interior. Dressed in a navy suit with his hands crossed at the waist, Sam sported a new flattop and had his bushy moustache trimmed. The line that had crawled now seemed to quicken, and Ruby had only a moment to utter a parting word, wish Sam goodbye.

Flessia stepped up to the corpse behind Ruby, leaned forward to see her old friend as she pushed her glasses further up the bridge of her nose, then pulled them down again to glare over the lens. She, too, had little time to say much to Sam as Calvin Pullman bumped her elbow from behind.

Circling back to her pew, Flessia sat down with a faint groan. Ruby wiped her moistened eyes, and Sam’s widow let out a cry from the altar as his casket closed. Flessia looked over at Ruby. Her fever blister had started to weep. “His lips were awful red,” she said.