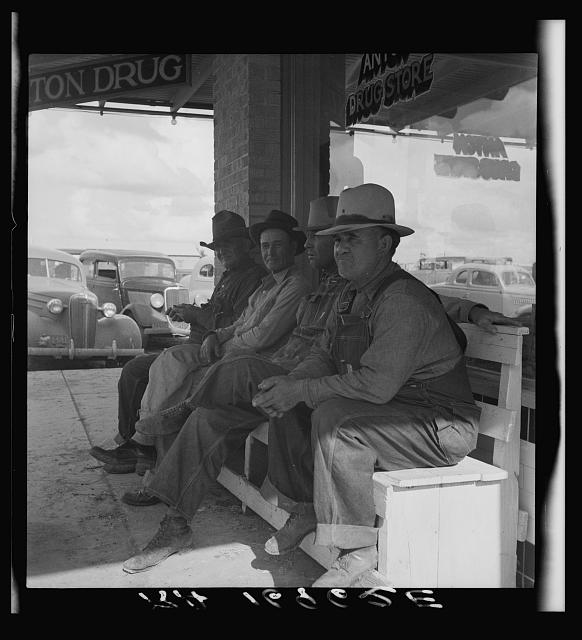 Southern Legitimacy Statement: Mark Currey is a singer-songwriter whose roots run through Ft. Worth, Texas and the deep pine forests of southeast Arkansas. Inspired by roots rock, classic country and Americana music as well as southern gothic literature, Mark is a story teller searching for a honest expression of his own southern voice.

“Hey mama… how come Miss Maddie has a red porch light?”
“You stay away from that house, you hear?”

“I only went over cause Tommy and them was out in the yard. Miss Maddie makes ‘em come out whenever she has comp’ny.”

“You keep away from her and from them kids. I mean it, Clinton. I’ll whip you if I catch you over there again.”

Clinton wasn’t allowed to play with Tommy but he was still his best friend; at least he had been for the last 6 months. Clinton and his mama and his baby sister moved into the little rent house on 23rd Street right after Clinton’s step-daddy moved out of their house in Texas. Mama packed them up and brought them back to the little town where she grew up. Clinton hadn’t seen his real daddy since he was seven years old. He’d be ten in a couple of weeks.

Clinton liked Tommy a lot; mostly because he hadn’t really known any black boys in Texas. He was kind of surprised that Tommy wasn’t all that different. Mama had told him that he would be but sometimes Mama was wrong. She worried a lot and sometimes, Clinton thought, it made her say dumb stuff.

Every Saturday, Clinton and Tommy would meet at the far end of the street; just past where it changed from asphalt to gravel. There was an old train track a half mile off the road with small bridge over a muddy creek. They’d play army or cowboys and Indians. At first Clinton always tried to make Tommy be an Indian but Tommy told him they had to take turns. Sometimes they were both cowboys and would track escaped bandits. Sometimes they were bandits and would plan elaborate train robberies meant to take place as the train crossed the bridge.

Most nights Miss Maddie seemed to have company, especially on Fridays. The mill whistle blew three blasts on Fridays (instead of the regular two) so Clinton always knew it was Friday, even in the summer. Whenever Miss Maddie had company, Tommy and his sisters would sit on the porch or, sometimes, out by the road. Clinton wasn’t allowed in their yard but sometimes he’d stand on his side of the road and he and Tommy would shout out plans for Saturday.

One Friday night, about three weeks after Clinton and his family moved in, Tommy called him over; told him to “sneak… real quiet.” Clinton followed his new friend around back of the house and tommy pulled an old tire up under the window. He motioned to Clinton and they climbed up on the tire and squinted to see through the sheer, orange curtains on the window. A couple of times, Clinton almost told his mama about seeing his uncle B.W. sitting in Miss Maddie’s back room drinking something out of a little bitty glass. He never said nothing, though. He knew his mama would take a belt to him for being in Miss Maddie’s yard.

Miss Maddie’s company mostly didn’t say anything to Tommy or his sisters when they’d pass on the porch. Sometimes a man might pat Tommy’s sister, Lucy, on the head as he was leaving. But mostly they just walked in and out of Miss Maddie’s house, right under that red porch light, without a word.