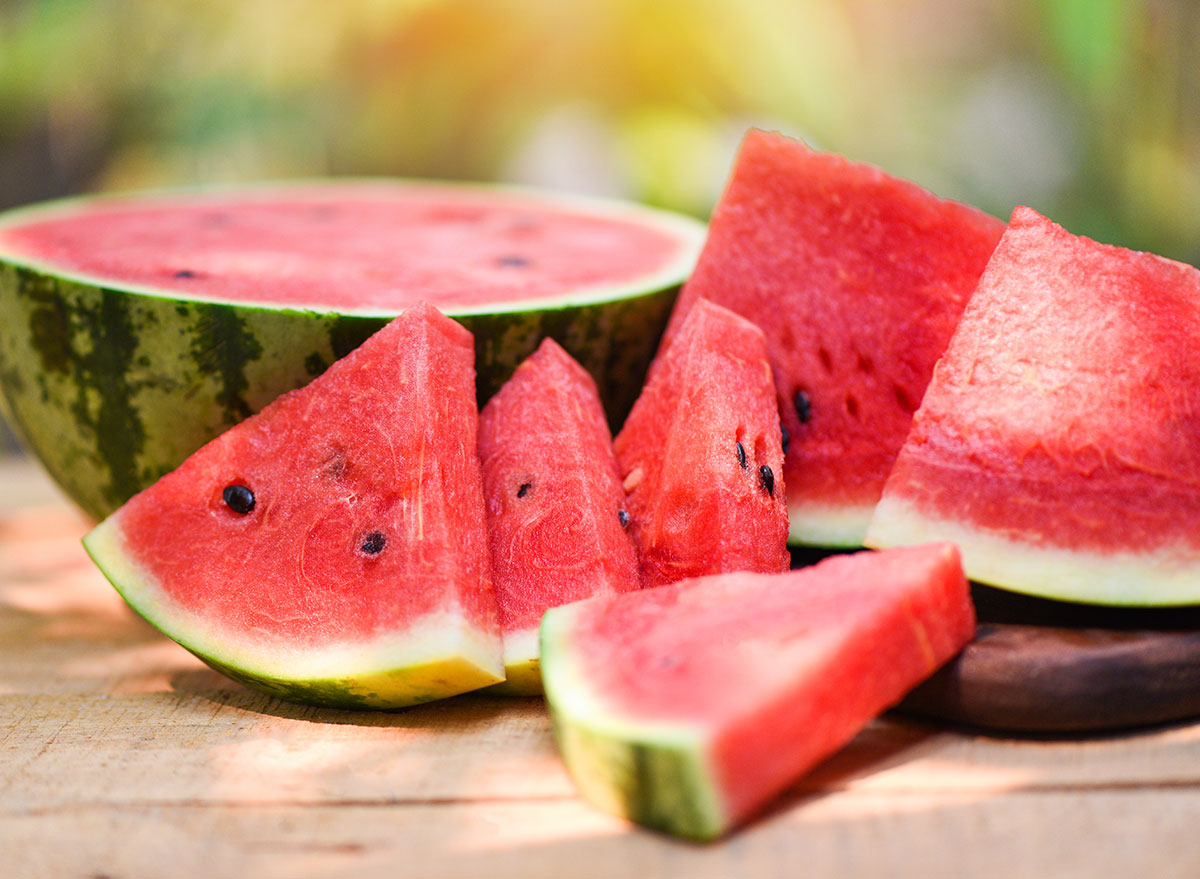 My Southern Legitimacy Statement: We’ll stop right up here in just a little bit and get us a biscuit.

I am a southerner, but I have to add not in all things, just where certain comfort foods and family are concerned. (In fact, when I tell people in the northeast that my thinking is more like theirs, they reply, “You don’t sound like it.”) Probably I have other southern roots and tendrils, because one can’t get away with parting from every influence of youth. I’m a vegetarian since seventeen, so I am not typical of my Appalachian culture with pig roasts and meat added to everything, but I do have to admit to wanting an okra fix once in a great while. Cornbread is another favorite with Irish butter (Oh, I’m bad). Can’t do without that either, until the cholesterol announcement from the doctor’s office arrives, deeming over the limit, and I’m back at dieting again. Hands down though, watermelon is still my favorite food, and the connection to family and this food is a healthy enough topic for a southern author to write about.

When I was twenty, my father died, and I had refused to eat for two days. Family members were relieved by my aunt’s contribution when she showed up with a watermelon, and I finally came to the table. I have joyful memories connected to this favorite too, of gathering with family on the flagstone patio in our backyard, and spitting seeds into the grass. One watermelon plant grew, and Daddy nursed it. It really was he who had the sense of humor, but because of that, I stuck a little pickling cucumber on the vine to surprise him. He was thrilled, exclamatory and hopping around about it. After giggling a great deal, I confessed.

I also remember Mama’s relative, upon every single watermelon shared at his house, would admonish me, “Don’t eat down to the green.” He would say to his wife, “Helen Jean, get her another piece!” It had nothing to do with my own lack. As a kid, I liked to nibble down to the green. I think it had more to do with his poverty as a child. My mom had shared the Great Depression stories of childhood. Their mother had hung quilts across the clothesline, so the family could enjoy a watermelon feast without the neighbor children looking in and feeling excluded. There was barely enough to go around for their own large family of nine.

Mama referred to it as the food of angels. I read watermelons were placed in the burial tombs of kings in Egypt, to nourish them in the afterlife, so who knows, maybe she was right.

Then there was always the ‘swallow a watermelon seed, and one might grow in your belly’ threat too. Taunts from other children or even parents, if they suspected you weren’t spitting them out. I envisioned a six-year-old with a bulging stomach, waddling around on the playground in elementary school, with kids pointing and laughing. The thought was enough to rid yourself of them in a spitting fury.

I remember my father asking the grocer, a man in a stained white apron, to test a watermelon for us. Daddy would lean forward, hold the plug and bite into it the red flesh right in the grocery store, before deciding to take it home. The grocer cocked his head sideways looking for approval, and Daddy would deem, yes, this was the one! Since my father took a bite out of it, I’m not sure what the fate of this delicacy would have been, had we refused it.

I can slice a watermelon in less than a minute, and I know how to thump one in the grocery store for that hollow sound. I’ve read one can tell the best watermelon by its stem being green and the ground spot being yellow or white on the underside. Actually, I think folks are pretty safe on a fantastic find without much checking in the month of July. From experience, the best slice is right in the middle.

Watermelon delighted me in a practical joke and comforted me in my darkest hours, and it was a part of our family get-togethers in history to the present. It’s about the only favorite food I know from my southern childhood not soaked in Crisco, bacon drippings, butter, or fried and battered in cornmeal….So what, if I have mine with a little pinch of salt?