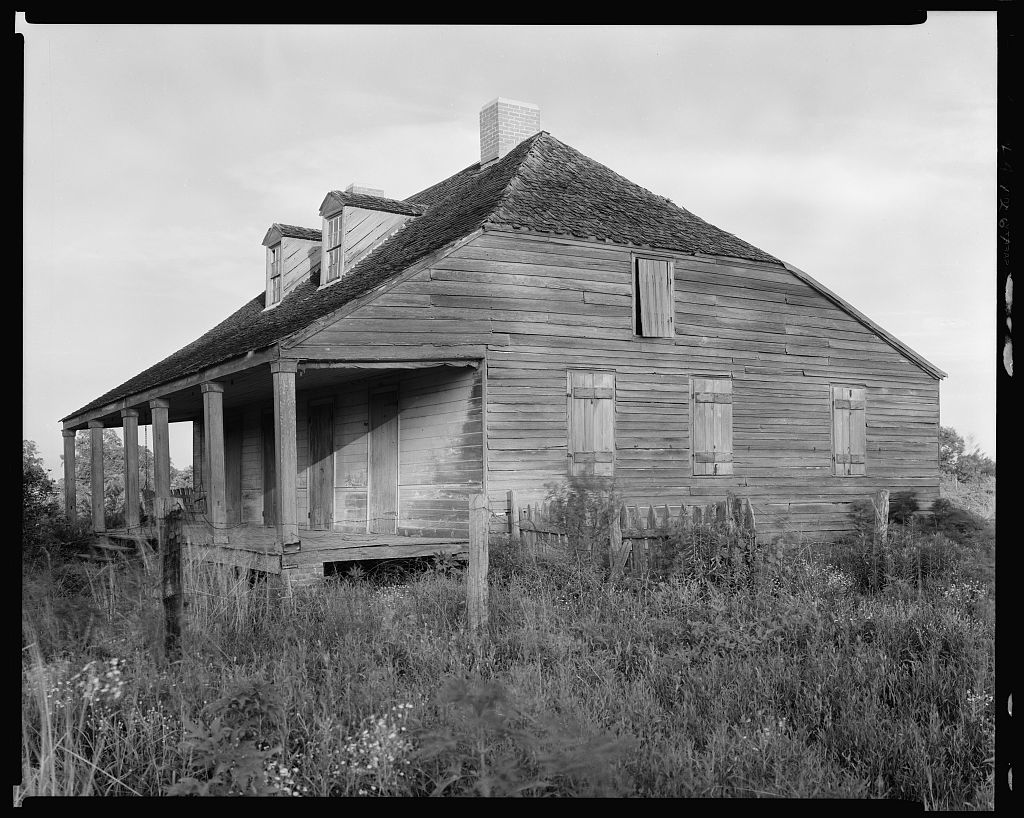 Southern Legitimacy Statement: “Southern since ’63 with no plans to go anywhere else!”

When my father died, Aldon Keane attended his wake in soiled jeans and a stained tee-shirt, his face a mask of tears. He hurtled into the sanctuary as though trying to forestall an emergency, to ward off the cancer that had killed Daddy. He did not have the limp that once identified his walk. He moved smoothly and was met halfway down the aisle by the funeral director.

“He’s lost without Daddy,” my sister commented beside me.

“He’s got to make a show of things, as always.”

Lisa, my sister, squeezed my arm in gentle reprimand then went over to give Avery a proper greeting as representative of the McMillan family.

The visitation, open coffin, was held at Mount of Glory Baptist Church, the old family place of worship. Lisa embraced Aldon and patted his back. They talked for several minutes; I wondered what about and decided that he was exacting from Lisa a promise, as if she were in a position to make it and keep it, that he could go on doing the jobs he had been doing for Daddy the last few years – cutting grass, clearing the yard of debris, washing cars, etc. – for which Daddy paid him anywhere from twenty-five to sixty dollars. Aldon’s tears were not crocodilian but genuine, shed at the prospect of loss of income.

I didn’t like him or trust him. This mistrust went all the way back to the day he walked into my classroom some five earlier. He was unkempt, maybe thirty-five, thin, with facial hair and the aforementioned limp. His shirt-tails were out and his pupils were starkly red. He smiled at me without a word and took a seat at the back of the class. His name was not on my official roll. When the period was over he came up to my desk to explain.

I was skeptical. Then he winced.

“No sir. It’s my legs. I got the old man legs. They bother me something awful. It’s ‘cause I got to walk everywhere I go. All over Compton. Ain’t got the money for a car. But I’m working on it.” He winced again. “Oh ain’t no good going to come from this!” When he had recovered from the pain, he looked back down at me . “I want this so bad, sir. This education. All I done my whole life is work a hard, mean, ugly job. Stooping and lifting. In the heat of the sun or the freezing cold. It’s all hateful.”

I told him I sympathized with him and wished him good luck, but it was a hollow sentiment, meant merely to get him out of my class. As soon as he limped into my class, he gave off the scent of being a fake, and I really had no idea why. He seemed too good to be true – or too bad to be true, in his own melodramatic case. He kept talking, observing that people here could no longer count on a steady textile job, that almost all the mills had moved to Mexico. He wasn’t telling me anything I didn’t already know; my father had spent practically all his long working life in textiles. Then he held out his hand to me and shuffled off to the door, crouching and wincing before he exited, moaning, “Oh these old man legs! Ain’t nothing good coming from this!”

A few minutes later I found the school’s chief admissions officer, Tony Buchanan, at his desk.

“Don’t worry about it,” Tony told me. “He doesn’t have all his paperwork filled out, and he can’t pay tuition. I’m not even sure he has his GED. If he shows again, just let me know.”

And he did, the next class. And the next few classes. No matter how I hinted, he kept coming. For some reason I didn’t want to come right out and say, “Stop coming to my class!” I abhorred confrontation and always had, and certainly I didn’t want things to blow up in front of other students. Scenes are not my scene. Drama should remain on the stage. Aldon sat grinning at me and nodding, as though every academic point I enunciated made perfect sense to him. (At least he was listening, unlike so many of the traditional students, too engaged with their gadgets to give a damn.) I emailed Tony, and Aldon disappeared from my class and from campus itself.

Months later I’d was invited home for supper, a pleasure I never turned down if I could help it. As I neared my folks’ property I noticed a slumped figure in the front yard, yanking the lawn mower back and forth rhythmically. I thought I knew who it was. It was Aldon Keane in jeans and a sleeveless denim shirt, his face and small dark muscles slick with sweat. He noticed me over the noise of his work. He smiled and stopped the mower to wait for my exit from my car. He came to me with his right hand out.

“Mr. Will! How you doing today, young man? My, what a good-looking car you got! Hope to have one myself not too long from now.”

I took his hand reluctantly and said, “I had no idea you were a yardman,” which wasn’t exactly true. He had, after all, related the hardships of his profession that first day in class.

“Oh yes. Been one since I was ten years old. How are things at the college?”

He laughed then said, “I plan to get back up there one day.”

I went on into the house. Mama and Daddy were setting the last of the supper things on the kitchen table.

“Where did you find Aldon ?” I asked Daddy in place of a greeting.

“He found me,” Daddy said. “He’s been cutting Mr. Davis’s grass across the road for a long time. Finished one afternoon and came down here and asked me if I’d like him to cut mine.”

“He does that. Just appears and presumes.”

“I tell you what though. He’s a worker. Does a thorough job.”

“Be careful. I don’t fully trust him.”

Mid-way through our meal a knock came at the back door. No one said “Come in,” but the door opened anyway, and there stood Aldon , flesh a-glitter.

“Mr. Emory!” he hollered as though at a football stadium with Daddy sitting a mile away.

“Good man,” Daddy said and moved so as to push Aldon back outdoors, to pay him, I presumed.

When Daddy came back in, I said, “It’s a wonder Aldon didn’t invite himself to supper.”

“I invited him,” Daddy said, resuming his chair at the table. “He said no thanks. Maybe next time.” After a while he asked, “You don’t like him?”

“I don’t know. He insinuates himself in a disagreeable way. He’s pushy.”

“I tell you what though: He’s a worker.”

He continued to service my folks’ lawn up to the time of my father’s last illness, when fall arrived and the grass was not so persistent or prolific. Then we did not see him again until the funeral. Up to then he did what was, admittedly, a good and thorough job. To deny the fact would be total dishonesty. But he was a suspicious character as well. I worried he might go into the house and take something or try to persuade my father to pay him more than the job actually deserved. All this “mister” business bothered me – Mister Emory, Mister Will, Mister Mister. It all had a TV preacher unctuousness to it, or worse, so that one could almost see the grease stains in the air when Aldon departed.

Once I went home unexpectedly, uninvited, and there sat Aldon at the supper table with Mama and Daddy, at the place I sat when I ate there, the remains of one of Mama’s succulent baked roasts on his plate.

“Mr. Will!” he shouted upon seeing me and stood up. “Come on in here, young man, and get you some of this good home cooking!”

“You should have told us you were stopping by,” Daddy said. “We would have had a plate set for you already.”

Aldon excused himself. He had finished his job and, I assumed, been paid for it in money and meat. “Thank you, Mr. Emory! Thank you, Miss Doris!” he called on his way out. “It sure was delicious, ma’am.”

I took the chair he had sat in and filled my own plate with food, which I then picked at glumly.

“You just don’t like him, do you? Ah he’s all right. A mite forward, but he’s just a poor old crippled-up young man looking to make a dollar here and there. And he’s a durn good worker too.”

A half hour later I left Mama and Daddy and was startled to find Aldon still in the yard, leaning on Daddy’s 2002 Ford Taurus as though it were his, smoking. He saw me, grinned, tossed down the cigarette, and rubbed it into the ground with his shoe. This was the ground he had not long ago “tended.” I fished for the car key in my trousers.

“You know what, Mr. Will?” he said as I neared my car. “I believe you got the best daddy there is.”

“He give a man a chance when lots other folks can’t be bothered. You know? He give me one right here. This work in his yard. And I’ve heard about how he was in the mill. The way he helped folks out. Going out in his own car to pick ‘em up and take ‘em to work when there was snow or ice on the ground and they didn’t have no other way. Passing ‘em a little bit of his own cash if they come up short on pay day and need to pay the light bill before the lights gets turned off. He got a crown in heaven waiting on him. I’m sure of it!”

I smiled in the growing twilight and turned to unlock the car. He caught my arm; I turned back to him.

“You know what, Mr. Will? Me and you’s two different men trying to do the best we can with what we know best. You with your books, me with my hands. Ain’t one of us better nor worser than the other. We just different.”

He smiled and let go of my arm. `”My dear, precious old dead grandma used to say, ‘Everything chicken but the bone. Cut it up, cook it right, be chicken right on.’ And she had a little variation to it too, Mr. Will. Said, ‘Everything chicken but the bill. Cut it up, cook it right, be chicken still.’ What she meant was it’s all good. It’s all life, no matter how you cut it up. You at the college, me in the yard. It’s all the same when it’s thowed in the pot to be cooked.”

I smiled at him and left.

At Mount of Glory Baptist , he took my arm again. I thought he’d left the church, gone on back outdoors, but no. I turned and saw him still crying.

“Mr. Will,” he said, choked. “What we gone do without Mr. Emory?” He forced himself upon me, gripping me in his long muscular arms. His face wet my shoulder. Other people were watching. I know I should have returned the embrace, even if for appearance’s sake. But I just couldn’t do it.