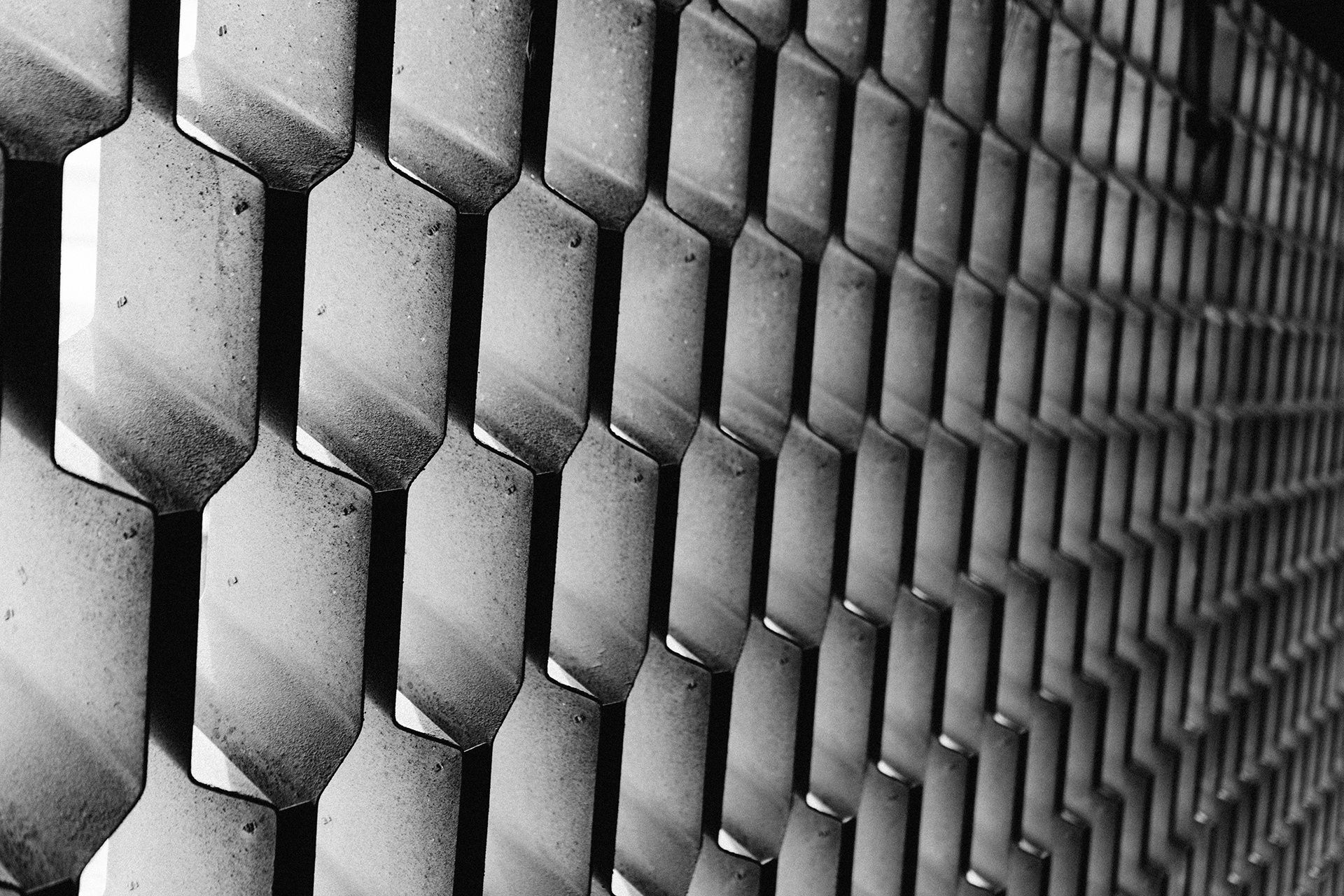 Southern Legitimacy Statement: The South is a complex kaleidoscope of contradictions that historically coexisted through compartmentalizing when ideal clashed with real. Brutality and gentility, discrimination and democracy, hospitality and race/class hostility, and more odd couples, lived and live in our kaleidoscope, which at each twist shifts the aspect created by that twist. From all multi-faceted aspects of our South we make one kaleidoscope.

So here is one more facet.

Now I understand why so many things were so difficult for me, but it took 3 diagnoses very late in life, decades of practice trying to get better at “people skills,” help from a behavioral analyst specializing in adult autism, and a huge amount of reading and counseling and therapy. From the aspect of the autistic southerner, gentile manners meant to avoid offending people and being “nice” regardless of truth, feel phoney and border on downright passive-aggressive. In contrast, the right-brain of normals just sucks up the rules of this social structure and absorbs non-verbal behavior patterns like osmosis; from early childhood their subconscious knows how to operate in it instinctually. But I had to learn all this confusing and often contradictory social, emotional, interpersonal, right-brain stuff by rote. Until I could pass,– not only pass for normal but pass out of my autistic bubble, which I conceptualize as a kind of cosmic egg deposited by the Mothership amongst the earthlings – my typical asperger way came off as obnoxious asshole. So that is why my husband coined the fond and humorous term “assholeberger.”

“That shirt should be th’own away.  Why’re ya still wearin’ it?  It got stress holes in the belly area!  People thaink yer a slob.”

“The problem is that y’all Assholebergers ain’t got no shame.  What would you say if ya knew what people ‘er really thainkin’ about ya?”

It’s not like I don’t have the money to buy new shirts.  It was only recently that I got fired from my job due to asperger-related fuckups.  In fact I have two full closets of clothes.  Even women’s clothes.  But I like this shirt.  It’s a trashy white wife-beater that’s too small for me because I’ve had it for over 10 years and I forgot how many wine-pounds ago.  Besides the stress holes worn into the cotton, it retains some old merlot stains which have faded to a lovely, soft mauve.  That’s why I like it: history, homey holes, stains, and stubbornness.

I’m not completely without standards.  “Will you stop that and git out it’s”

“already eleven and the crowds er”–

I continue cleaning my nails with the mini Victorinox knife on my keychain, ignoring the nagging voice.  Walmartians waddle past our line of vision and across the Golden Corral parking lot (there’s a reason why it’s called a “corral” – [mooo! snort, gooble, oof-ooff, oirnk, squeal!!] on their way to the Walmart, heaving and panting just long enough to collapse into one of the scooters lined up and waiting for shoppers like them just inside the door to the planet.  The most extreme examples of Walmartians reign on internet.  Go online and search Youtube Walmartians.  Classic icons include enormous men in women’s mumus, horrifyingly obese women spilling out of stretch garments and over the crotch-hidden seats of store scooters while they go whizzing down the aisles faster than they could ever walk, and exposed asscracks, male and female.

When I had just mastered walking, as a precocious tabula rasa toddler, I used to waddle behind Daddy, the parent I had bonded with, like a mini-clone subconsciously stamped with identical body language in my similar short hair, white tee-shirt, Levis, and cowboy boots.  I don’t remember this next part, because such mirroring in children is subconscious: my mother tells me that, because Daddy’s beltline displaced by belly caused his sagging britches to show asscrack, I would pull down my pants too to exactly the same level.  I know that this must be true even though I don’t remember doing it.  But I do remember my favorite red cowboy boots, vividly.  It’s fascinating what the brain decides to either leave floating on the conscious memory, or store in that unlimited, mysterious vault, the subconscious.

“They’re gonna git ahead of us in the buffet line because yer takin’ so long.”

“Look.  You are entitled to yer standards of dress and me mine.  Well I doan like dirty nails.”

“It took me one minute to clean my right hand.”

I believe my obsession for clean nails comes from being raised  around the disgusting visual constant of Daddy’s nails encrusted with a solid black rim of tar, which is only removable with some type of solvent, though everybody I always knew used gasoline to remove tar.  It’s funny how the smell of hot pot, wafting up from the roiling abyss of a bubbling cauldron on street tires, still fills me with poignant nostalgia by its magic: the beautiful obsidian solids encased in cardboard go into the pungent abyss and transform into a thick sinister liquid of blackest black.  Yet the sight of black-rimmed nails seems unnatural and repellant; I wish I could clean from my mind the burnt-in image, erasing it from memory with some solvent stronger than the memory of it.

I hate people.  I double-hate people who use the odious cliche: “I’m a people person.”  Every person I’ve ever met who used this phrase freely was in denial and full of self-delusion.  Or maybe they just couldn’t look at themselves any more than they could see others clearly, not realizing that in this cliched sentence they are saying “people” where what they are doing is politics.  I think a dangerous few of them do know exactly what they are doing, though, but if those vampires said, “I’m a politics person,” that would totally blow their cover.  I learned a while back: regardless of what people say, look carefully at what they do.  I’m not a people person; I’m a picky person.  So I choose carefully.  Even as a child I was picky, had few friends, and only three times in my whole life did I invite anybody to Daddy’s house.

Braising is a real art, whether it’s with acetaline and oxygen, or lard.  You have to get the balance of elements just right.  And the metal you are working with is important.  For instance, each iron cooking vessel has a character of its own, formed by the totality of its history, and just as all the ingredients ever cooked in it before contribute something to the pourous iron, the flavor of that iron’s character also influences the final food.

Of course I learned about iron in Daddy’s kitchen, where braising – in fact cooking in general – is a masculine marker.  Real men cook good.  In the old days you would kill a calf or hog, either dress it yourself or send it off to be done, and keep the whole in a deep, massive freezer.  Throughout the remaining year the animal would steadily re-emerge transformed from the deep dead sleep as pieces of food wrapped in distinctive butcher paper that looked, smelled, and sounded a certain way when you rustled it.  Little dates were stamped in purple ink on each piece.

The ritual of cooking includes the culinary technique as well as the simultaneous charismatic storytelling.  Daddy could hold an audience.  We sat at the gnarly table made from an enormous butcher block, spellbound, mesmerized by the spectacle.  The dirty, disorderly kitchen filled with heavenly odors.  Steam and smoke arose, grease spattered, a twenty-pound Russian Gray tomcat begged Daddy for scraps and when he got none attacked our feet under the table, and the riveting narrative continued while clumsy-looking but skillful man-paws peeled and chopped and stirred and scraped and whisked and breaded; bits of ingredients flew with every plot-relevant gesture.

At some point, maybe at the handling of raw meat, maybe at the breading, maybe after an additional blob of fat was chunked in from an open fat reserve in an old coffee can sitting on the counter top, you might have asked anxiously “does he wash his hands?”  I would have to stifle my laughter.  I would hope I missed the ferocious cat when, kicking you under the table, I growled, “just don’t fucking think about it!  Don’t.  Look.  At.  His.  Nails.”  Like how they always say not to look into the eyes of an angry mammal that you don’t want to attack you, or call the name of the devil too many times, or some shit like that.  Later, in silent gratification, when tasting is believing, you would silently thank me.

Dishes, leftover food, cooked and raw, lay abandoned.  The skys are frozen in my memory clear and cold and there is a full moon.  We all amble onto the porch to look.  Night bugs sing.  I can smell the heart-wrenching perfume of fresh hay stomped into cow shit.  No word is spoken.  Just looking.  (I feel, smell, hear, that I am there.  Now.) Then Daddy says, “Come oan.”  We obey.

All the heavy equipment in rows makes silhouettes from the full moon’s glow, like sleeping giants.  Daddy climbs up and starts the biggest bulldozer.  Then over the low, throaty, rumble from the beautiful monster that cleaves the cold night stillness, he hollers, “git in the bucket.”  I know what this means but I have to yank your jacket sleeve, pulling you down: “come oan, dumbass.”  We lay down in the enormous bucket that cradles us as it rises to the night sky, leaving the ground gone from our vision as we can only see the glorious nighttime splendor above.

Back in the present, my teeth are still squeaking with grease from the recent mediocre meal.

“Woant some mouthwash?”  I hold up a selection of three colors.

“No.  Thas why there’s gum.  And don’t be spittin’ that in the parkin’ lot where people can see.”

“Why?  Whut differ’nce does it make?”

“Not spitting is socially responsible.”

“Bullshit.  Socially responsible means not drivin’ drunk.  Not pumpin’ pollution into the river.”

“You doan understand ‘cause of yer disorder.”

“Doan blurr categories!  You are referring to social custom.”

“Well whatever.  Jus’ wait till we drive away.  Spittin’ is disgustin’.”

“Because yer not a people person.  ‘Cause you doan thaink nothin’s disgustin’.”

“Yes I do.  I absolutely cringe when I see people eat off the floor.  Or eat boogers.  Or see the ancient ruins of Daddy’s fungussy toenails.”

“OK, see how you acted, the face you made, when you talked about them few thangs that er disgustin’ to you?  Well thas how other people feel ‘bout spittin’.”