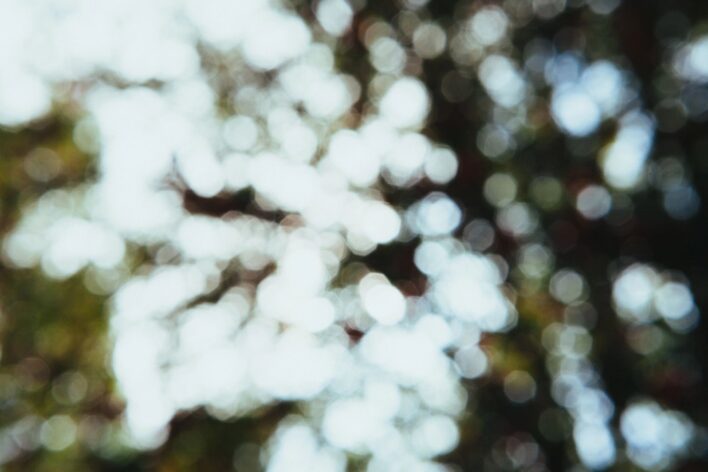 Southern Legitimacy Statement: I was raised in Dallas Texas but went out on my on at fourteen; joined the army at 15 and was in jail by 17. I learned a lot while in jail. I learned how to slip out of hand-cuffs and slide down a bunch of tied bed sheets to gain my freedom. However, that did not work to well. I was caught and soon I graduated from the miss-fit pool of Texas prisoners and got to work on a real Texas ‘Chain-Gang’. I could swing a bush-ax with the best. And too, I learned how to tell a tall tale. One of those tall tales is the one I’m telling you now. In reality, I obtained a PHD from a college that eventually went out of business. That degree got me a job driving a truck. Sure, it was a garbage truck, but it was a job fitting for my PHD diploma. And that too is another tall tale. You take your choice of which tale you want to believe. But right now, I have to go vote. You see I am a Congressman from Texas and my PHD is a BS with a PHD. For those who are not familiar with what a BS with a PHD is, I’ll explain. It is a degree that is ‘Bull Shxx’ ‘Piled Higher and Deeper’, and most Texans who are in the Congress and Senate have one of those degrees. Well that is my Southern Legitimacy Statement, the SLS. You asked for it and now you got it. See you in church… That is if God is willing and the creek don’t rise.

Mildred And The Firing Squad

The prisoner, tied tightly by ropes to an old wooden stake, shot in the chest eleven times, was not yet dead. He jerked three times against the ropes as the heavy lead bullets ripped into his pale body. Then he slumped forward against the ropes.

A burly Army sergeant holding a pistol in hand, smoking a cigarette, walked up to the prisoner and fired the final shot, the coup de grâce, into the man’s brain. The prisoner was now dead.

Standing next to the wooden stake, the sergeant flipped his cigarette away. He looked down at a clipboard he was holding, then looked up and pointed to four nearby soldiers standing at attention with other soldiers in rank.

“You four. Step forward. Get rid of this piece of garbage.” He pointed toward the dead man. The four soldiers came forward to help load the dead man into an approaching wooden cart pulled across the cobblestone prison yard by two other soldiers.

The sergeant turned away. He again looked down at his clipboard, then shouted.

“Next! Get this one out of here and bring me the other prisoner! And be quick about it!”

Pulling the heavy cart over the rough cobblestones with the dead man was difficult for the two soldiers. Struggling hard, they eventually crossed the prison yard and disappeared behind an old rusty iron gate that led to the prison’s main building. They continued pulling the cart, weaving their way down the jail’s dark halls to the prison mortuary.

On the opposite side of the yard, two other soldiers dragged an older man from behind another iron gate. A priest slowly walked behind the prisoner. He held a crucifix high in the air. In the other hand, he held a Bible. The old man was smiling. He asked the priest where they were taking him? It was apparent he had no idea where he was or what was about to happen to him. Confused, he looked around the courtyard then started mumbling incoherently.

The two soldiers directed him to the wooden stake, where they tied him tightly with ropes. The old man smiled. He politely thanked the soldiers and told them to have a nice day. He paused for a second, looked at the priest, finally realizing what was about to happen to him. He humbly asked the priest.

“Can you bring me my brown pants and my hat?”

Clarence turned on the radio. It started to rain.

“What did you say?” Mildred asked.

“Nothing. I didn’t say anything.”

She turned the radio off.

Clarence smiled and politely turned the radio back on. It started to rain harder.

Mildred again turned the radio off.

“I don’t know why you do this to me.” She paused, looked out the window at the rain, then asked.

“Clarence, did you take out the garbage before we left for the trip?”

Mildred took a mirror from her purse, looked into it, and put lipstick on her pale, dry lips.

“If you didn’t take out the garbage, you know how the house stinks when we’re gone for a few days.”

Mildred smacked her lips then put the lipstick back into her purse.

“I can’t get you to do anything right anymore. You’re always off somewhere in your never-never land. I swear I don’t know what I am going to do with you?” Mildred turned in her seat. She looked back toward the street they had just passed.

“Clarence, you were supposed to turn back there. Why didn’t you turn back there? I would have turned back there. It’s much shorter. Caroline says you’re getting forgetful. She is concerned and wants me to take you to see Doctor Clydesdale for a checkup.”

Clarence turned the radio back on.

“Well, you’re not me. And the way I’m going—this way—is shorter by two miles. You don’t know what you’re talking about. Hell, you can’t even drive!”

“Well, perhaps so. But Caroline, our lovely daughter, always turns back there. She says it’s much shorter if you go by the school. She says it’s two miles shorter. I don’t know why it’s so hard for you to understand that. I still think you should see Doctor Clydesdale. I’m worried about you, and so is Caroline.”

“We need to talk about this.”

Clarence turned the radio back on. Again, Mildred turned it off. Clarence’s thoughts returned to the firing squad, the two soldiers, and the priest. He thought about Mildred and then under his breath he mumbled,

“What did you say?” Mildred asked.

“You said something. I heard you.”

“I was just thinking.”

“You’re always thinking. Why can’t you listen to Caroline and me? We’re just trying to help. Why won’t you let us help you?”

Clarence did not respond. He was thinking and daydreaming about the soldiers and the firing squad.

The old man tied to the stake tried to wave his hands, but the soldiers quickly grabbed them and tied them behind the old man’s back. They secured his feet. The last thing the old man heard was the sergeant yelling out, “READY! AIM! FIRE!”

All at once, instantaneously, eleven shots rang out, echoing through the courtyard. Startled pigeons flew away from their perch. The old man stood tall and proud as the bullets tore through his body. The burly Army sergeant with a pistol in hand walked up to the old man now slumped over, the ropes holding him tight.

Mildred turned in her seat. She looked back toward another street they had just passed.

Clarence suddenly stopped the car and quickly made a U-turn. He headed back to the street he had missed.

“Why are you doing that?” Mildred asked.

“Because you wanted me too.”

“Not now. We’re almost there. What’s wrong with you?” Lightning flashed in the east. It started to rain much harder than before. Clarence turned on the windshield wipers and then the radio.

“It is raining hard? You should concentrate on your driving and not be listening to the radio while you’re driving in this rain.”

Clarence mumbled again, under his breath.

“Where is a damn firing squad when you need one?”

“What did you say?” asked Mildred

“Then why did you ask?” Clarence turned up the sound on the radio.

The two soldiers loaded the old man, now dead, into the wooden cart. It quickly left the prison yard, disappearing behind the two iron gates, on its way to the prison mortuary.

It started to rain harder. Lightning flashed in the east, and Clarence missed the turn again.

“I swear. I don’t know what I’m going to do with you.”
Mildred reached up and readjusted the rearview mirror and then fixed her hair.

“Do you think my hair looks OK?” she asked. Caroline likes my hair this way. What do you think?”

Clarence’s thoughts were back on the firing squad—the old man, the priest, and Mildred. He readjusted the mirror.

“You really think so?” she asked.

With a loud bang, lightning struck nearby. The thunder was deafening. It started to hail, and the rain came much harder.

“We could have a bad flood if this rain keeps up,” Clarence quipped.

“I wish you would drive slower. And you should see the doctor. I believe he could help you.” Mildred looked back toward the rear of the car and shook her head.

“You did it again. You drove past the turn. You should have turned back there.”

The pigeons came back to roost. Once again, the prison courtyard was quiet. The burly sergeant with his clipboard in hand turned and slowly walked away. His job complete.

However, tomorrow, the sergeant knew there would be more prisoners, more killings, and more firing squads. He wondered if the killings would ever stop. And too, Clarence wondered if Mildred would survive. He smiled to himself at that thought, then again turned the radio on.

Mildred quickly turned it off. She turned in her seat, looking back at the rain-slick street and the road they had missed.

“Clarence. You should have turned back there.”

“Yes, dear,” Clarence smiled. However, secretly he wished he had a firing squad of his own.