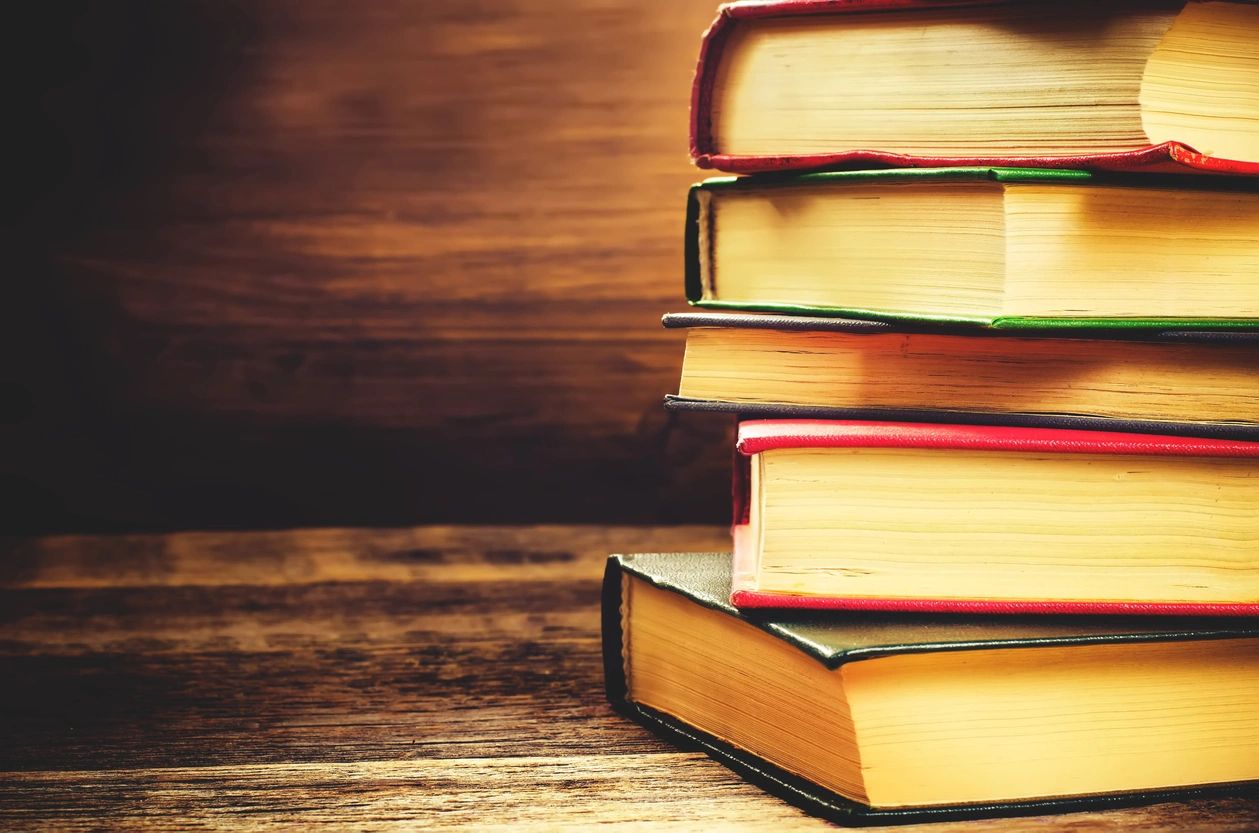 I’m from a place called St. Joseph, Missouri, which is south of the plains but north of the Ozarks.

Long after the history of sexuality has been mis-recorded, revisited, misunderstood again

The one they called Buffalo pushed you onto the floor of his mother’s closet, a pile of leather boots and chunky heels digging into the base of your spine. You had just eaten salami on rye. How you felt like vomiting but pretended it was a scene from a movie, the kind that makes you wet but only because the female protagonist has beautiful breasts and lips, tousled hair that frames her perfect eye. The symmetry of her face, something you’d wanted so badly since that kid named Steven ran into you full-speed on the playground in third grade, busting your upper lip. Your coat covered in blood. Your crooked smile forever. How you had secretly hated boys ever since. Like when Michael, the kid whose family had won the lottery, transferred to your school. How you kneed him in the groin during PE class because he said something about your ass. You didn’t know what was coming but there you were, standing over the six-foot oaf as your classmates encircled you, half in shock, half in wonderment. Later, you went to his house, the one with the baby grand piano and meditation garden. A telescope in the attic. Things you’d never seen. You looked at his Playboys. You taught him how to kiss as best you could. The closet like a womb. How you needed to dominate all of them, even before Buffalo bruised your back in his mother’s closet. Even before he pushed you from a moving car after a party, the collect call on the payphone to your mother in Mesa, your coordinates unknown. Even before he broke into your apartment, knocking your glasses and your mother to the floor. Even before you threw him against the plexiglass doors of the shower and watched his face run down the drain. Which was long before a writer named Tim referred to himself as your acolyte and you had to look up the word to make sure you understood your power. Which was long before you told a sixth-grade teacher named Eddy that anyone who needed a biological child in the wake of global warming was a selfish prick. Which was long before an ex-con named Aaron helped you find your higher self then fucked you in your closet. How he told you that you were Maya Angelou and that your empty bird cages were a metaphor. How he left you for his martial arts instructor when you were still wet from the shower. Which wasn’t long after you left a musician named Mark who told you that your pubic hair was ugly and that the last time you had sex wasn’t that good. Which wasn’t long before you started thinking about leaving an electrician named Matt for your yoga instructor. For anyone who honored the holy in you and wasn’t a boy with a fist. But an electrician understands the complexities of fuses and wires, why certain things are crossed and others can never be tangled. He whispers namaste in your ear as he crawls out of bed each morning. You place your body in the shape of a woman, an infant, a meteor. Which was long before everything began.

You’re wearing a sack-shaped khaki dress from the Gap. You’re in the hall a few feet from his office, your thighs pressing against the cold floor. You’re reviewing notes or making new ones. You’ve read the anthology of contemporary Irish poetry from cover to cover. You can even pronounce some of the Gaelic. You’re convinced that you’d wait for him, have a baby with him, raise his daughter with him. Whatever it takes. You walk to a Middle Eastern restaurant for dinner. He walks you back to your West African dance class. He says he wants to observe you like a curious ethnographer.

He gives you imported cigarettes from a slim gold case. He lights them for you on the patio. He wets his lips each time you raise one to your mouth. He drives twenty miles to the restaurant where you work. He orders pizza with linguica and green onions. You’re both so good at pretending. Like the night you went to see La vita è bella. How it was your first foreign film. How you played it off and pretended like you knew who Benigni was. How you ate Altoids out of his coat pocket. How you drank wine past midnight. How you pretended that you were twenty-one.

He comes to your apartment and meets your mother. He takes you to a chamber concert before Christmas. A few nights later, you dial his number while sitting in front of your fireplace reading Yeats. You get a busy signal for hours.

You go to his office on Thursday. You spend the night on Sunday. You touch him through his jeans as Blaise Lantana spins classic jazz in the background. He kisses your breasts. He presses himself against you and falls asleep. He slips a key under your body in the morning. The sun is so bright that you’re not sure who you are.

You drive to campus and try to review your notes. A boy approaches you and asks you questions. You vehemently deny everything. He tells you about the girl with the deep fuchsia lips and pale skin, the cocky one in poetry class. You find out that she’s his lover too. You feel the busy signal in the cavity of your chest.

You sleep with so many boys that spring. You graduate with almost as many degrees. The doctors think you might have breast cancer despite your age so you decide to stay close to home. You split your time between treatments and waiting tables, a graduate class on Monday nights. You drink too much beer and watch too many late-night episodes of Law & Order.

You’ve taken three classes since graduating, all with the same professor. You think you might be in love with her but it’s not quite the same. Eventually, you ask her to write you a letter. You ask him to write one, too. You start teaching in the Fall. She leaves you for SoCal that Spring. In her absence, you ask him to chair your committee. You know that this is a syndrome, but you don’t know any other way to behave.

You grow up, have a baby, become a poet. If this were a Nabakov novel, he’d have been repulsed by your womanhood. Instead, you publish his work. You host his readings. You take him to dinner. You almost kiss him against the bumper of your car. He wants you so badly that he’d likely give up everything for you now. At least this is the version you’re telling yourself on the drive home.

He asks to see you so many times. Sometimes you agree but you’re never quite single. If you ever had been, you’d have been with him by now. You desperately want to taste him after all these years.

The last time you see him, you drink too much wine. He walks you to his car, tells you to climb inside. The leather is pungent and soft, like the color of a raven. He talks about retiring to the west coast, about wanting to be close to his daughter. She’s graduating from nursing school in the spring. She was four when you met him.

You’ve always loved the Pacific. You’re convinced that he’d wait for you if you asked. Instead, you ask him for one last letter. He doesn’t include a return address.

I’ve always wanted to heal the sick because Catholic girls have a Jesus complex like that, like how my mother would roll down her window whenever she saw a sign that spelled hungry or veteran. How she’d offer every kind of blessing, sometimes even a hamburger and fries. How for years I bought a copy of The Grapevine at the entrance to the freeway, found myself wanting to make love to the homeless twenty-something selling them, how beautiful his eyes were when he was pocketing a few dollars an hour in the late-afternoon sun. How I kept my tips in a coin purse in the car, lived with my mother as long as I could because I wanted to eat good cereal and watch cable tv. Decades later, my boyfriend’s sister dead on the banks of a creek in Michigan, needle in lap. How I still search for her in the encampment down the street. How I dream of finding my nephew in the park by the lake. How I recreate his deep, intermittent voice, the shape of his body, the flannel shirt that he wore to our last Easter dinner together. How I know what it means to transmit signals from another planet, voices from another time-zone. How I know that a good therapist never says crazy. All these years my son never speaking, unable to find his way home from the nearest Fry’s. Child of a different kind of god, stimming his way toward enlightenment. The man at the bus stop calling him monkey while beating his own head. I hold my son’s hand as we cross the street. I say a prayer without looking. I see a woman with a shopping cart walking on water. 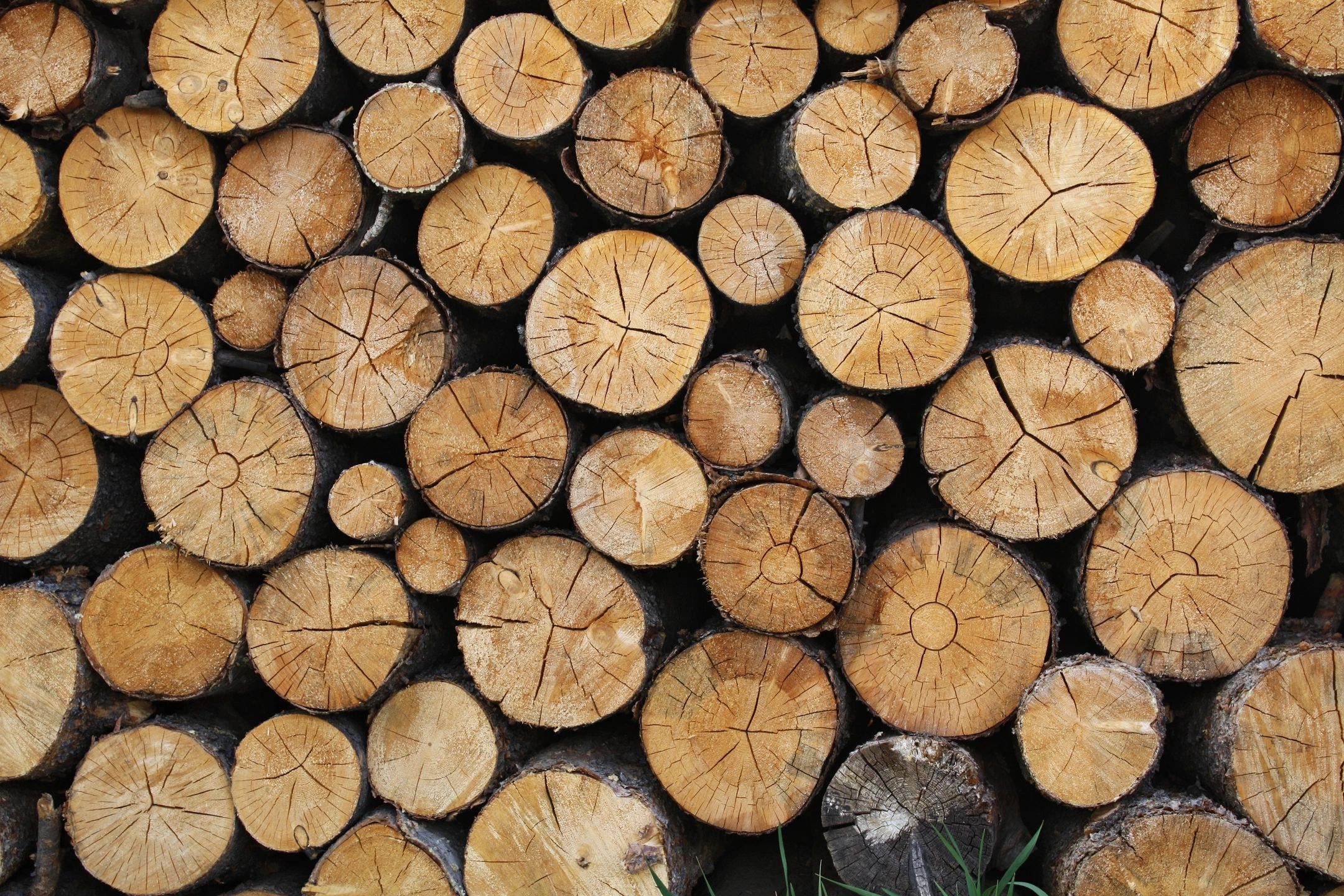 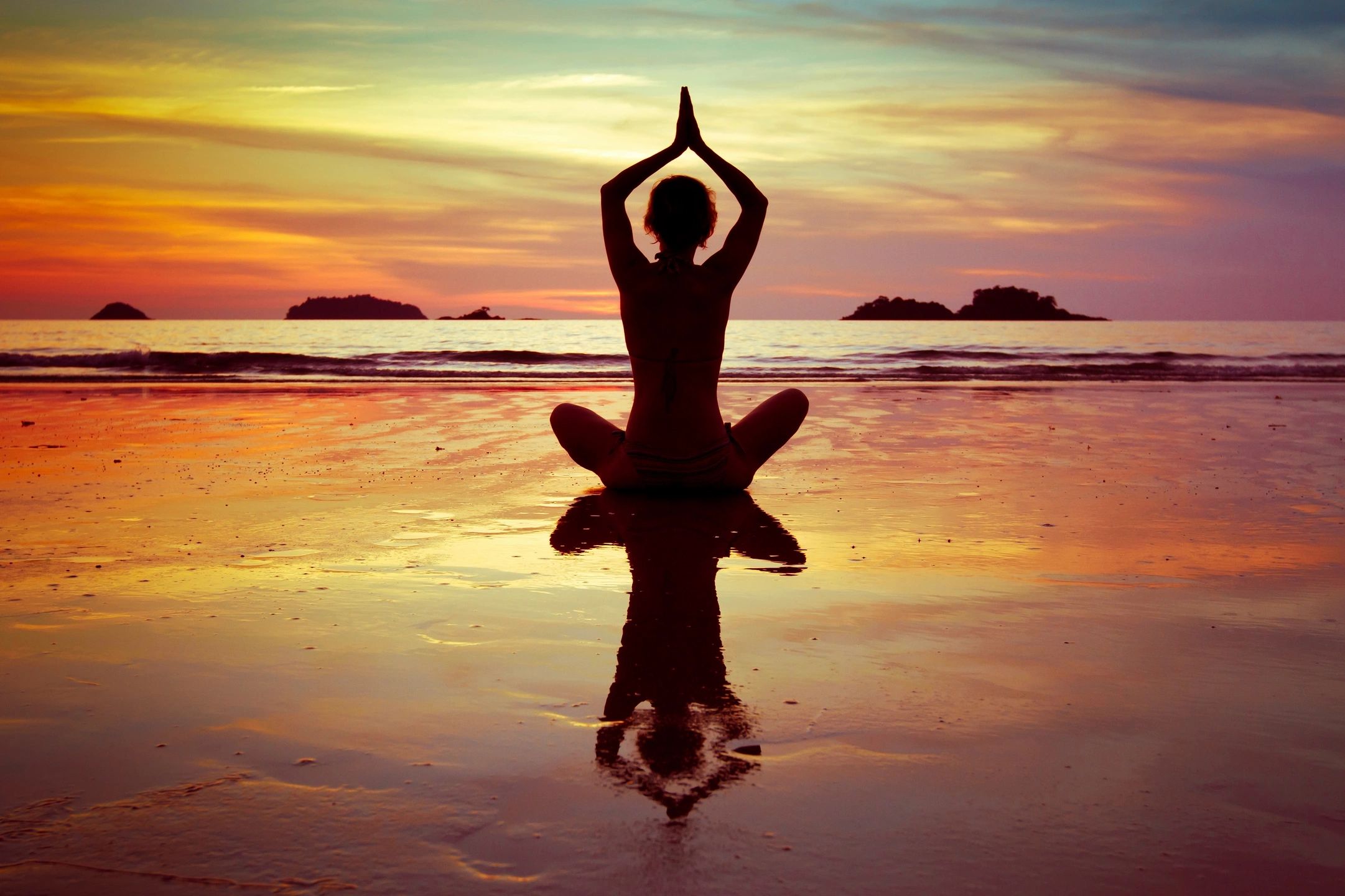 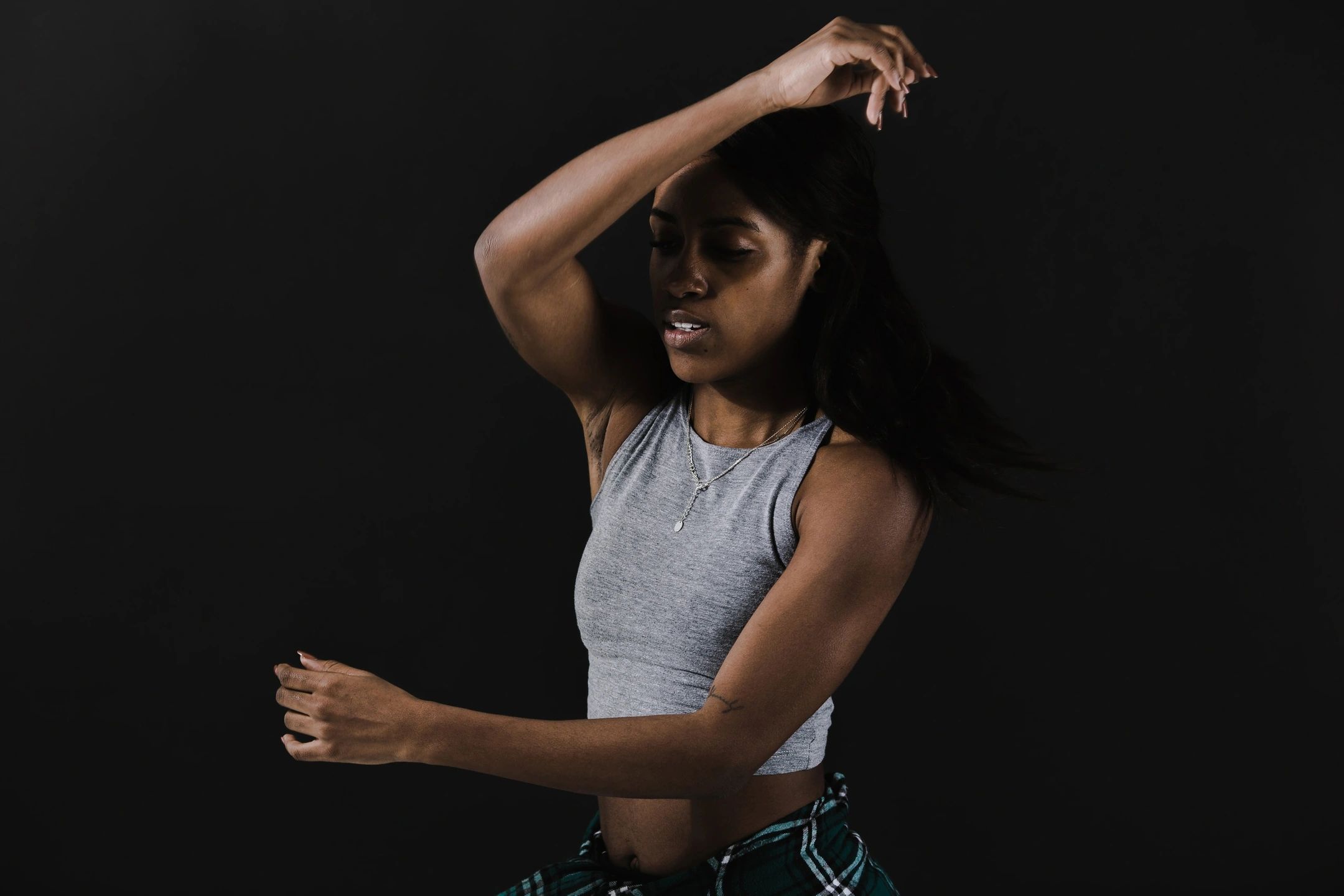