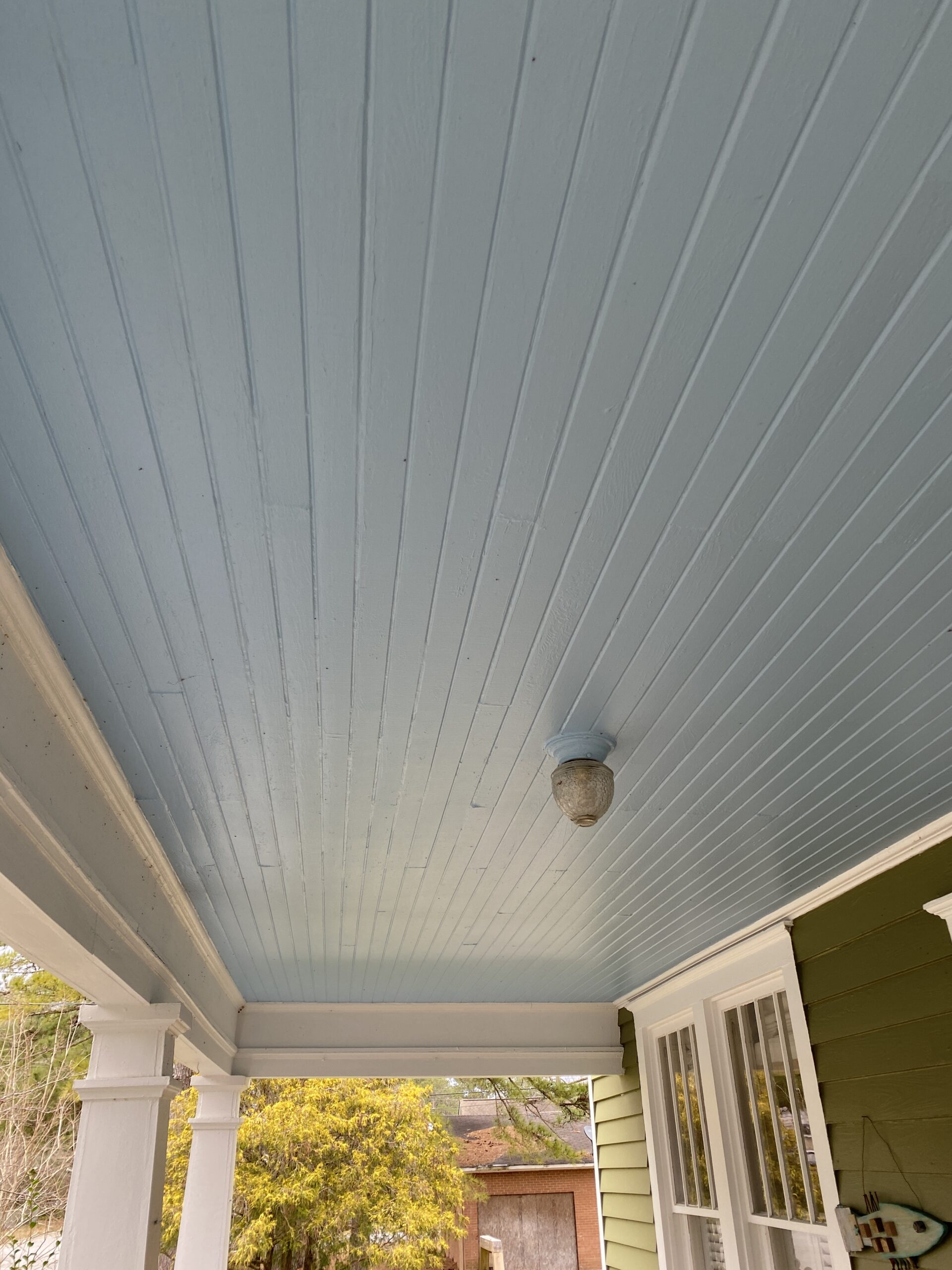 Southern Legitimacy Statement: I am a southerner by way of my husband and having lived in the small North Carolina town where he was raised for more years than I can count. Have you ever eaten Liver Mush? Add Liver Mush to your diet and you will be southern in no time.

“I warned her,” says Ms. Mauney. “You don’t go painting a porch ceiling white around here.”

She and Georgina Poe watch as their dead neighbor is rolled away on a gurney.

“She didn’t know no better,” says Georgina. “She wasn’t from around here.”

The ambulance leaves. Georgina returns to her house. Ms. Mauney looks at the cemetery across the street. An old couple is taking pictures of the pirate’s grave. His legend is famous, drawing history buffs and groups of schoolchildren on field trips. But Ms. Mauney knows he is a devil.

At midnight a mist rises in the cemetery and comes towards her.

The legend tells of a seafaring man who arrived in town before the Revolution. He brought a trunk of gold coins, wore silk jackets and the finest leather boots. Black hair and beard, green eyes, tall and broad chested – women fell at his feet. He married several times. All of his wives died in strange ways.

The mist becomes a man at the edge of Ms. Mauney’s porch. He does not step inside.

“I knew you would show your wicked face,” she says, sipping her drink, unafraid.

“My darling, what a pair we would have made if the fates had allowed us to live during the same time,” he says, his black beard shining in the moonlight.

“I would have killed you before you killed me.”

He throws back his head, laughs, and a sound like thunder ripples across the sky. “Just as you killed your Mr. Mauney?”

“Never did a more boring man walk the earth.”

“You will be with me soon. Murderers do not rest in peace.”

“And will you take me on your haunts?”

He glances at the house next door. “There are some pleasures in hell.”

She raises her glass and toasts. “Until the inevitable, I remain here safe. You cannot touch me.”

He stares at the porch ceiling painted the color of the ocean on a clear day. “Ironic that in life I had no fear of the sea…”

“And now in death, you could drown in a porch ceiling painted Haint Blue.”