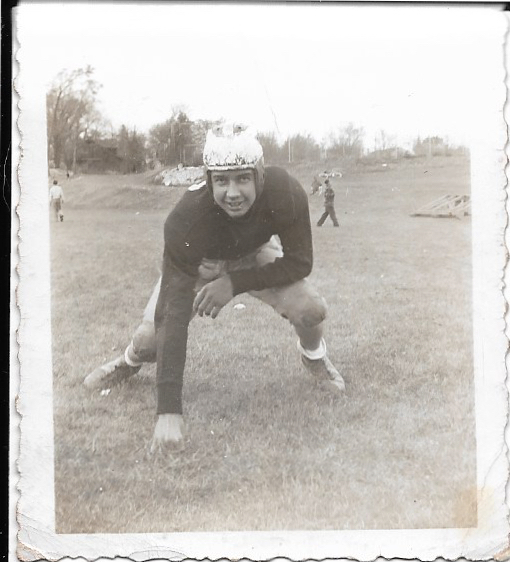 Southern Legitimacy Statement: I was born in Richmond, Virginia and raised on a thoroughbred race horse farm in nearby Ashland. My upbringing pulses in my veins: I have been blessed by both earth and animal.

Grandpa’s .22 bolt action, plus a pocketful of plinking bullets.
Dependable, a history of varmint hunting and honor
hand-rubbed into its fine maple stock. Of course
the local editorials and chock-a-block letters to the editor
rage about guns, rant over reckless and illegal shooting,
the general voice seethes over taxpayer money
bleeding out for sign replacements. But I’m not one of those
“Bubba Sports” enthusiasts doing the public dirty
by four-wheeling sweet summer hiking trails, grinding out
deep rutting fun, creating black mud depressions;
I don’t wintertime thumb my nose at Fish & Game
by skimming a snowmobile over open water while pulling
one seriously beered-up water skier behind me.
That’s somebody else clouding the issue: my pastime
is imbued with gunpowder-grain and sulphurous purpose.

Staying on the right side of the road, I cruise, then nighttime park,
choosing my targets carefully. I know Deke Smitty beats his wife—
so his Used Cars sign needs to bleed enamel and rust while bruising
just a little. The proposed development 24 X 12 billboard
along the frontage of McMillan’s bank-taken farm
might not get too many plot-takers if potential buyers feel
there’s a nest of rankled hillbilly-rattlers hiding in the bushes
bearing fanged weapons. The XXX Shop peddling smut
needs an angry face hollow-point punched in its
neon sleeze-metal girly-form as a brazen reminder that some of us
raise daughters and we surely don’t approve.

I revere stop signs, refuse to desecrate pedestrian instructions
and the yellow announcements of deer crossings.
Before blowing out my breath and squeezing the trigger
I give due consideration to where that bullet will finally land
in the far distance. Don’t much like signs in the first place,
but being responsible is important when you send a message
to anyone traipsing or selfish-ing round about the community: whole
and wholesome must be preserved with public displays and the threat of
punctures, our rough and ragged-edged way of letting the sun shine through.

No Pity For Poor Boys

In the ramshackle night
they talk between windows
with tin cans united by string,
blink flashlight coded messages of tomorrow doings
into the gloom long after lights out.

In the heat shadows of day a long hardwood stick
becomes a gun, or a sword, the oils of the hand smoothing
its martial surface, and imagined defense against
the advancing army is bolstered by notorious
friends, an adopted pound dog, by green leaves and the air.

In time, cans and bottles become
faceless targets for rocks chosen according to
shape and heft, aluminum denting and
glass dust bursting under hours of practice,
chisel-pointed rainbows against the sun.

In summer, the steep hillside becomes a raceway
for cardboard boxes sliding the green, then later in winter
they ride trays stolen from fast food joints, or ride
an abandoned car hood seven shooshers strong
screaming against icy gravity. They grow, bold.

In the passage of days the poor boys wrestle, box, run
when they break things, tough and fast and careless
with the law. Worried mothers do not know where they are
half the time—but they are happily bruised and fine, they own escape
routes, both real and the just maybe possible. Danger is their friend.

And if you shake your head at their prospects,
then you’ve never seen the face of a young woman
skinny dipping at midnight, embracing a poor boy’s
warmth against the cold racing water, moonlight
filling her smile against the pull dividing around them.

The supposedly seedy end, an old tottering
beat trailer/tar paper shack extremity
of human habitation with barely-there ditches
sluicing rainwater and beer cans through poison sumac
bittersweet and jointweed whenever thunderheads
crack, the deluge curling toward a shanty-land
with chickens scrabbling across the roads crazed by a hunger
for brown grasshoppers. The scary part of town
that wild rich boys dare in the nighttime
recklessly aiming their gleaming trucks and sports cars
into streetlightless blind-curves while attempting to lose
pursuing cops, turning their headlights off and picking
a crooked fork in those dangerous parts where wise folk
don’t go after dark. The unfortunate extension of fissured
grass-overgrown tarmac—home to kids who skew
the high school’s dropout numbers, ancestral birthplace
to hard-ass parents hanging on to each other
and their seasonal second shift jobs at the cannery,
bridge-fishing the river for a no-cost pan-fry supper,
picking the free room clothing bin at the dump
on weekends. Here’s what the hellion and high-mighty
don’t know: everyone residing out where the town line fades
lives surrounded by lilacs, tough light-seeking shoots
all descended from a single bush someone smiled over
and shared around with all the others scratching
out a life a hundred years ago. In every single struggle
of country yard there are light purple olfactory beacons
blooming with spring ambrosia, a community
of cascading flowers, honey and bumble bees, Monarch
and Viceroy butterflies bouncing along with
ruby-throated hummingbirds flitting their aerial pirouettes
in annual duty to pollinating a golden wide world
for its own good. When spring descends on the north end of town,
just like it does everywhere, fine people should choose
daylight and cruise out that way, breathe in
and live in that momentary sweetness where a gratifying ease
has taken root, where the cost of neighbor
waving to neighbor is as precious
as a perfumed cutting, lovingly brought inside,
prospering in a mason jar.