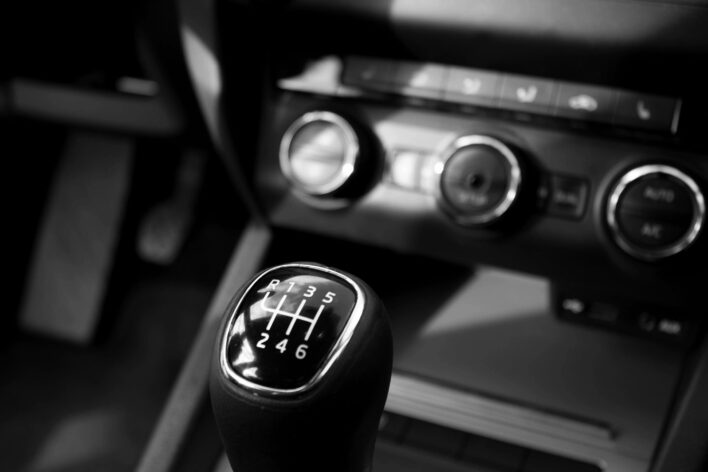 Here’s my Southern Legitimacy Statement: I lived and worked in New Orleans for five years, from 2014-2019, including stints as a semi-pro poker player, a nonprofit fundraiser, Tulane University’s debate coach, and an overnight Uber driver (some of these overlapped). Ever since, I’ve been pursuing my MFA in West Virginia, which may not be geographically Southern, but is certainly spiritually Southern.

Bourbon Street is the most iconic and famous street in New Orleans. It is also, in most every way, the worst street in the city.

Long the epicenter of debauchery in the city, Bourbon teems with people most hours of the day. It hosts strip clubs, bars, about six identical Tropical Isles which almost exclusively serve the infamous “hand grenades” (served in tall plastic cups shaped like their moniker), bars with balconies from which people actually throw beads to women who flash them (not a real Mardi Gras tradition), plus a few reputable restaurants and hotels whose proprietors must daily pray for an earthquake to shift them to any other street in the city. In full swing, Bourbon Street looks like you compressed all the worst parts of Las Vegas and Kolkata together into eight city blocks. It smells worse.

During the evening and overnight hours, the street is mostly closed to vehicular traffic, but perplexingly leaves the intersections open. Ostensibly this is to facilitate navigation through the French Quarter, which Bourbon Street bisects. The real reason must be to enable pickups and drop-offs on Bourbon, because crossing the street is more challenging than driving through a permanent physical barrier.

Imagine everyone you have ever met in your life. Give them all three drinks too many. Put them all in the same intersection. Don’t tell them that cars can still use this intersection, but allow cars to do so. Place no stoplights in this intersection, only stop signs. Now put yourself behind the wheel of a car trying to get through this intersection without hitting anyone. It’s like a real-life game of Frogger that the frogs don’t know they’re playing.

Compounding this issue, most of the people who are crossing Bourbon Street ahead of you are either (a) taxis or (b) from out of state. For completely different reasons, none of these cars want to get across Bourbon. The taxis don’t because they are trawling for riders, having the privilege of being able to accept street hails. They have spent the last ten to fifteen minutes following all the other cars just to get up to Bourbon and they will not be denied in their quest to snag an unsuspecting drunk frog for their next fare. The out-of-staters, on the other hand, are watching the mass of the most humanity they have ever seen stuffed atop asphalt and believe there will be a natural break that will allow them to proceed through the intersection unimpeded. I have watched folks with Florida or Texas plates wait a full twelve minutes before even polite New Orleanians are honking at them and it dawns on them that they will have to nearly hit twenty drunkards in the road to ensure safe passage.

I have, over the course of two years driving for Uber, perfected a methodology for crossing Bourbon. I had it down after six weeks, but I’ve become more practiced and skilled in it. I don’t like doing it – it’s probably the second worst kind of driving I’ve ever done, only behind driving for any length of time or distance in Manhattan. But I can manage to get across reasonably quickly once the cabs and non-locals have had their turn. I creep out into the intersection and just barely miss people and do everything I can to not stop. Not stopping convinces enough people that my car is serious enough about making it through the intersection that it might hit them. I thus do just enough to scare them so they don’t brazenly walk right in front of the car. It’s a tricky and stressful business, especially with passengers in tow, though they are frequently impressed by how bold and aggressive it looks.

It doesn’t always work. Stopping is frequently necessary because someone is just too blitzed to notice a car in the middle of the intersection and barrels on ahead and you can’t actually hit them just to scare the others. And once you stop, you’re stuck for a while, because the Red Sea will close in around you again and often the drunk people will be confused about why there’s a car in their way and use this as an excuse to hit the vehicle or its windows, sometimes hard, which is certainly not pleasant for any passengers (or the car’s durability). This provides an extra incentive to just get across in one go.

On a given busy night driving in the Quarter, I might have to cross Bourbon eight to ten times. It gets better in the pre-dawn hours, moreso after the city attempted to implement a “closed door” rule for bars on Bourbon at 3:00 AM – they don’t have to close, but they are supposed to shutter their usually open doors and encourage patrons to hang out in the bar instead of on the street. Cops patrol and gently encourage loiterers to choose a bar and go in. Bars hate this rule and are resisting it with mixed success, but it’s slowly changing the culture of Bourbon for the more navigable in the extremely late hours. The purported reason for this rule change – a rare thing at all in New Orleans – is to decrease the number of shootings on Bourbon. There are, usually, about two or three shootings on Bourbon Street in a given year, most of them before 3:00 AM.

On a Friday or Saturday night, I will orient my entire approach to driving in the Quarter around minimizing the number of times I have to cross Bourbon. Waze and other GPS apps seem incapable of realizing just how bad the process is and thus underestimate the time it takes, often by up to ten minutes. I will gladly go ten or twelve blocks out of my way if it means I can avoid crossing Bourbon altogether, something that takes a while to figure out in the Quarter’s grid of exclusively narrow one-lane one-ways that don’t predictably alternate. But riders and the poor geolocating of the Uber app in New Orleans often conspire to thwart these efforts, placing a rider at a northbound intersection crossing Bourbon when they are really three streets away southbound. Reaching them then necessitates an extra unplanned round of crossing. Efforts to convince a rider to walk the extra one, two, or three blocks to meet me where I already am almost always fail, them drunkenly yelling “I’m not from here, just come get me,” overriding any explanation I can give that this will add twenty minutes to their wait time, plus another five to ten to their ride once picked up.

If you’re ever in New Orleans on Bourbon Street and want an Uber, walk two blocks away from Bourbon. Even one block will make a huge difference. You will get your ride much faster, be able to get out of the Quarter much faster, and your driver will have more hair when they arrive.

For especially epic weekends, such as those during Mardi Gras, the police entirely close off the block north and south of Bourbon, including the blasted crossing intersections. I wish they’d make the change permanent. All the same, many riders call me during these busy times from the middle of Bourbon Street and ask me where I am, not really comprehending that my car is not a helicopter that can swoop in and pluck them from the mass of humanity swelling all around them. I tell them to walk out one block to where I wait for them, patiently giving precise street names and landmarks. They call back, having gone the wrong direction. Am I sure I can’t just drive down to right where they are?

The first time I visited New Orleans, I thought Bourbon Street was pretty much all there was to see. It was 2002, before Katrina, and I had just graduated from college. I’d gone to a college short on frats in part because they didn’t recognize any Greek life organizations, so I had little interest in what, as a New Orleanian, I would come to dub “the unending frat party from hell.” I couldn’t believe that this was what New Orleans was all about and that so many people would be so drawn to this. I ate a terrible meal that an Italian restaurant struggled to make vegetarian, wandered the bawdy shops with their garish T-shirts, and suggested to my companion that we find a theater and go see a movie. We cut our planned visit to New Orleans short by a day.

Of course, we missed incredible things in the city, things that make New Orleans glorious. We did catch the streetcar and Mardi Gras World, barely, but missed the music of Frenchmen Street (there was less in those days, I’m sure), the shops on Magazine, the mansions in the Garden District and Carrollton, the incredible parks (Audubon, City), even Jackson Square and its street performers and artists. We missed the college campuses and the hideaway neighborhood restaurants and the charming little glimpses in the quiet parts of the Quarter that whisper alluring suggestions of shadowy mystery to anyone who takes the time to look. We didn’t like Bourbon Street, so we thought we didn’t like New Orleans.

Almost two decades later, it seems so many visitors still suffer from the same illusions about Bourbon Street, make their requisite pilgrimage, and are stingingly disappointed. If you miss your days of frat parties, if you love the seediest aspects of Vegas, if you are attracted to the mixed smell of sweat and urine, or if you like being approached by a variety of Vaudevillian hucksters with verbal equivalents of the shell game, then by all means spend more than twenty minutes on Bourbon Street when you visit New Orleans. Otherwise, twenty minutes should be your limit. Get a fishbowl drink if you absolutely must, take a selfie, and flee. Flee as fast as you can.

Mind the Ubers in the intersections, though. Those drivers are crazy.