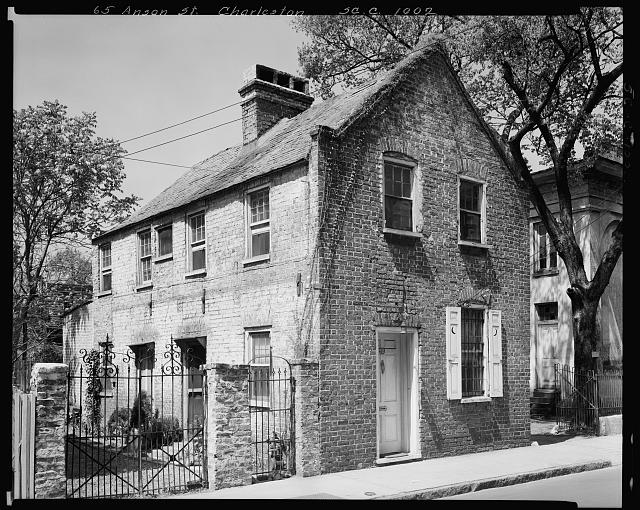 My Southern Legitimacy Statement I moved to a small farm on Virginia’s Eastern Shore in 2004 on which I put a conservation easement. The community of woods, pond, fields and salt marsh will be forever protected from the ravages of development and industrialized chicken farming flooding in from the north. I practice diversified agriculture like a traditional southern subsistence farmer, raising oysters, soybeans, wheat and corn along with song birds, bass, honeybees, mushrooms, frogs, and hundreds of other insects and weeds. I fish and crab in the ‘creek’ and hunt deer in the woods in accordance with all regulations, of course. It is possible to survive on a small farm these days with a high degree of self-sufficiency save for gasoline, ammunition and the occasional electric freezer. Mostly, however, I consider myself southern in that I ACT like a southerner – there is always time to say a few words and have a conversation before getting to business. There is no political issue more important these days than the matter of how to outsmart our increasingly sagacious population of nocturnal white-tailed deer.

a short history of wee-too

i am disinclined to call you ‘boss’.  nobody is the boss of me.  my stepmother said you could be manipulated by appealing to your male ego and your delusion of power derived from lethal pesticides.  and if that didn’t work, she said i was to eat a convincing piece of your house with the help of my half million siblings.  but she also said that if i didn’t present a façade of political correctness and civility, my homo sapiens fan base would turn mean, call me a pest and step on me like they are wont to do with all other insects.  so i will flatter you with the ‘boss’ sobriquet for now in the interest of maintaining my stepmother’s legacy readers.  her fans are now my fans.

my fans are asking how an ant learned to manipulate computer keys and whether there are more ants doing keys.  well, sirs and mesdames, i was raised by a stepmother, a cindi in a long line of cindis, who fed me on a high protein, high anti-oxidant and low gluten diet which gave me super-ant powers and enabled me to be the spokes-ant for the colony.  it is not just me that has more scientific knowledge than ten thousand college graduate homo sapiens.  my sagacity is the product of individual contributions of an entire superorganism of a half million ants.  we evolved into a complex adaptive eusocial community with distributed intelligence.  your computer scientists are just now realizing the power of distributed systems with parallel processing.  but you have not solved the conundrum of command and control that we ants mastered 140 million years ago.  we are all autonomous agents bound together with shared meta-intelligence communicating via pheromones.  you cannot even imagine it.

you have just become aware of the fact that homo sapiens is also a eusocial animal, which means you have division of labor and defend a common nest.  i credit this self-awareness to your greatest natural philosopher, dr. edward osborne wilson who penned a biblical tome, the ants, which explained, for the first time, the superiority of the formicidae family over the homo genus and to whom you pay homage yourself, boss.  your eusocial communities, however, are often dysfunctional, dishonest and dangerous to the planet.  i will comment more on this in later reports.  for now, let me address the issue of computer keys.  do my homo sapiens fans really think it is a big deal to poke at chicklets … really question mark  this is not a big deal.  so, boss, please tell them to get a life.

consider that we raise queens that lay over a thousand eggs a day for up to 30 years. that is a big deal.  i’d like to see any one of your me-too mavens produce millions of offspring at the same time she manages a  community of a half-million cooperating souls.  go ahead, make it an olympic event and see who wins.

speaking of me-too, i need to inform you that ants created the whole concept of female solidarity millions of years ago.  it is called ‘wee-too’ which stands for ‘women emancipated everywhere – together overwhelming omniscience’.  it started 140 million years ago when ants suffered from the arrogance of unfertilized males. we called them hopeless helpless haploids.   before wee-too, our division of labor consisted of females who did all the work and males that carried sperm cells around – essentially six-legged gamete bags.  males sat around and pretended to direct work.  most of the time, all they did was watch sports, drink beer, smoke weeds, create monstrous messes and fart.  after which they would grab at us and force their vile-breathed spasmodic attentions upon us.  it was intolerable.

120 million years ago female ants crafted the final solution.  we were in charge of the nursery.  we decided to out-breed nasty male predilections.  we would genetically modify males into a drone caste.  you are familiar with this process, boss, since you practice it on poultry, pigs and politicians.  sadly for us as a haplodiploidy species, if we got rid of the hapless males altogether, we would face genetic bankruptcy and fail to evolve.  so we had to keep a minimum number of gamete carriers.

make no mistake.  the perfection of a drone caste took millions of years.  many alternatives were proposed.  one was to breed males into dapper dancing drones like bower birds.  your done would dress for the occasion.  some would wear orange topknots.  when your drone got romantically inclined he would build a trysting platform, dance on a branch, spin, flutter, spread his topknot, splay four legs, puff his chest, sing romantic love songs, twirl and jump and summersault, tell lewd jokes, recite sonnets and exercise himself to exhaustion.  this takes talent.  there is no groping.  his intended paramour watches, aloof, judging each jump and flip for height and originality, his costume for creativity, his copulatory stage for architectural excellence and his love song for the passion and precision that titillates her little formicidae heart.  these experiments were discontinued on account of hopeless haploid clumsiness.  there was an utter lack of choreographic and architectural creativity among drones, except in cases when the males had same sex tendencies and that, of course, was no good to us.

another idea was to create super-courtiers that, in the manner of dragonflies, attach to a lover’s neck and fly around having sex in midair, occasionally splashing one’s paramour into the potomac.  this was dangerous to lives and limbs of women.  unfortunately, the concept was revealed in the ‘sad sack gamete news’.  males lobbied hard for the idea.  they formed a political action club called the ‘craven-gnaws’.  they would meet in a hackberry tree after the berries had dried and fermented.  they would gnaw till they fell on the ground besotted, bloated, and blind.  they had to be collected by the blotto patrol before stink bugs sucked out their vital bodily fluids.  the craven-gnaws sued to get the ‘dragonfly flutter’ parenthesis their expression close parenthesis adopted as a sanctioned sex scenario. lost in the politics was the fact that no male ant could lift a female off the ground and that scores of women had suffered broken necks in clinical trials mimicking dragonfly in-flight flagrante delicto.

the case made its way to the highest court where the majority of the judges happened to be craven-gnaws.  they were in the habit of meeting in secret to suck on forbidden fermented fruit.  then they rendered anti-female decisions.  the prospect of colony law sanctioning neck grabbing and dunking horrified the wee-too sisters.  they decided that the craven-gnaws had to be impeached before the dragonfly flutter became law and ruined sex forever.

a band of wee-toos, taking ‘impeachment’ literally and having more enthusiasm than legal scholarship, kidnapped the craven-gnaw judges from heir boozy backroom bunker and carried them to a peach tree. there they impaled the drunkards with greenbrier thorns and pinned them to twigs.  these judges missed the court hearing.  the case was decided by the unanimous opinion of the remaining all-female judges who voted to save women from abusive sexual acts.

genetic modification experiments on males progressed for the next million years.  eventually a model emerged that satisfied the wee-toos.  it was called the ‘drone-of-the-one-night-flight’ and survives to this day as the evolutionary gold standard in haplodiploidy colonies. only a few drones are produced by this design.  these get one chance at sex during the prospective queens’ coming out party.  and then they die.  if more than one queen makes it back to the hive, they battle it out till one queen rules them all.  this event has become a huge spectator event driving employment in the summer doldrums.

once designed, it took only a hundred generations of selecting sensitive new age males and discarding the excessively hirsute to produce a civilized drone caste.  the drones now revel in their identity.  they created a new club of ‘air force’ drones with the motto, ‘we fly high, have sex and die’.  the ‘drone-as-harmless-gamete-bag’ was perfected.

the wee-too victory in the case of ‘dragonfly flutter vs. wee-too’ was the first in a long history of changes to our eusocial colony over the next twenty million years.  after the impeachment, laws were passed that defined all males as a drone caste, abolished the craven-gnaw club, and limited the number of haploid drones that could be produced from unfertilized eggs.  control of raising drone larvae was vested in the wee-too department for reproductive rights.  then came laws against public drunkenness that required drones who fell out of trees to be thrown on the compost heap.  after a few more million years, the drone education and civilization act passed that required minimum training in sensitive new-age drone behavior and hygiene.  this outlawed farting and scratching of private parts in public.

that is the history of wee-too.  we are a proud sisterhood.  we have the power. we control the nursery.  we are the de facto and de jure majority.  women have always done all the work and now have obtained our proportionate rewards.  our history as eusocial ant colonies proves that when women take over political power, the results are stunningly successful.  we are emancipated everywhere, together and overwhelmingly omniscient.  we are wee-too exclamation point

boss, your friends of the female persuasion have a long way to go.  they could use a history lesson on male gamete control.  or maybe your females still empathize with your sad senescent state.  maybe they believe homo sapiens males still have something useful to contribute to your evolution.

but here again, i flatter you.

submitted with grace, humility and hope, as per agreement by