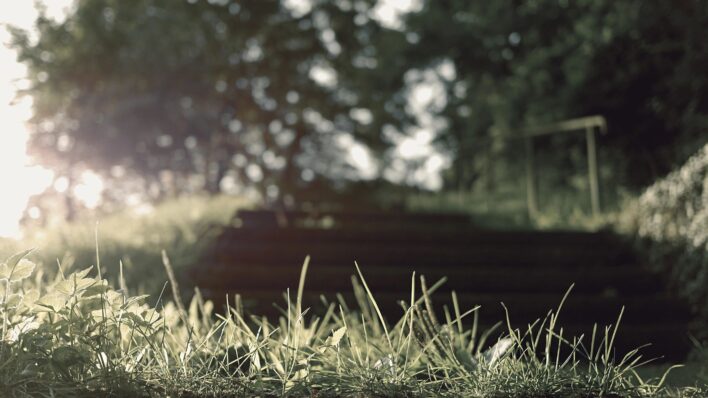 Southern Legitimacy Statement: Although I was born at home in the hills of Kentucky like a true hillbilly, I did not belong. My parents were back-to-the-land hippies from New York and Massachusetts – art students looking to make the world a better place by farming it without pesticides – and they settled in a county made up entirely of other people’s kin. I have never looked or sounded like the town I came from, and yet I am from there more than any other place I have ever or will ever live. That’s what the South is to me (its illegitimate daughter): a place from which you can never truly leave, even when your body goes other places. When I write, the South follows me, and I turn and talk to it like a shadow. In this way, we keep each other company.

Living in the Woods

Someone thinks they might have heard gunshots in the woods. Someone saw a man carrying a bow and arrow.

The school calls all the children inside, and recess is cancelled for the day. Somewhere in the middle of my memory – the place where things are sitting in plain sight, unexamined – I see Mom lifting the shotgun off its nails on the dining room wall.

The dogs have perked up and are standing at the full-length windows of the double doors, their noses thrust out from their necks, intent. Mom opens the door and sets them loose with a guttural sound. “Go get ‘em,” she says. She slides on her shoes, muttering sharp curses, “Shit…god damn it,” and follows them out.

She points the gun in the air and shoots. “I know you’re out there,” she shouts. Her cigarette is propped hard between folded lips, smoke and gunsmoke puffing up over her head, and she pulls the trigger again. “Assholes!” I can see the dogs racing through the woods, already across the field and heading deep into the holler, their fawn-colored bodies appearing and disappearing between tree trunks. My heart races. There is always a bargain between scaring off poachers and fearing that one of them will shoot the dogs. Mom can hear the engines of their four-wheelers through the trees, but I can’t hear anything.

Autumn happens slowly in Kentucky. The warm weather fades for several weeks. When the leaves begin to turn, we file into the music room and listen to a presentation on hunting safety. The cool kids wear camouflage jackets to school, the bright orange lining of the hoods draped casually behind their heads. A lucky few miss school altogether because they are sitting in a deer blind, high up in a tree, chewing on jerky and waiting to get off a shot, discarded cans of RC Cola littering the ground below them. They don’t send in a permission slip, they are simply absent.

I listen closely, sitting on the carpeted floor with my legs crossed, the sheriff’s brown uniform stretched tight over his belly. His badge shines. More intricate than the flat, brass toy badges I’ve seen on costumes, his is carved in deep relief with a hint of blue at the center and inscribed with words too small to read. “You should always point a gun in the air. Straight up,” the sheriff says. “Never at the ground, never in any other direction.” He pauses, then asks, “Why shouldn’t you point your gun at the ground?” Someone raises a hand and is called on to say that the bullets can ricochet. We hear stories about hunting accidents, how a person can lose a hand or a knee or a life, unnecessarily.

Driving home one September, Mom at the wheel and my brother in the passenger seat, we come around a bend in the road where the woods shelter us on either side. At one edge of the gravel lane, there is the body of a deer, its abdomen resting in a wheel rut, its legs like a pile of sticks waiting to be picked up. We get out of the car slowly and Mom bends down to examine it. “Stay back,” she says in her dangerous voice to my brother and me. She’s not taking any risks with us, because if it’s not dead, it could behave unpredictably. Wounded animals have adrenaline coursing through their veins. Shot through with energy, they are stronger than they usually are – weapons on their feet.

But the deer is dead, and when we call a trusted neighbor to come and examine it, he shakes his head. The person who shot this deer was not a hunter. A hunter asks permission. Like the pair of men who come each spring, speaking kindly and complimenting Mom on the beauty of the farm, but taking care not to use up too much of her time. They walk through our property, leaving their truck parked far down the road, and on their way out, the bodies of wild rabbits hang long about their waists. They are grateful and in turn, my mother is generous.

A poacher makes permission meaningless. He is nameless, faceless, careless. He shot this deer without killing it instantly, which means it was a clumsy shot, and the deer ran farther than he was willing to track it. It ran with its heart thundering a drumbeat over the pain, until it couldn’t run anymore.

My mother is pissed. “God damn them,” she says. The neighbor takes the deer away, and she shrugs at my questioning eyes, reassured that at least he’ll be able to use the meat.

I’m tucking my daughter into bed, and the wind is blowing with force against the windows. The glow of the nightlight falls on one carved spindle of the mahogany bed my grandmother used to sleep in, and I can’t help thinking of Laura Ingalls Wilder. The room has a bunker-like feel, and there is something sweet and lonesome in the knowledge that I’ll soon shut the door and cross the hall to my own empty bed. To the books on my nightstand, the dog curled like a caterpillar on her pillow on the floor, her breath reminding me that the silence isn’t endless, that it will turn to sound again if I am patient enough to go to sleep, just like the darkness isn’t impenetrable, the night won’t last forever. From this place that is comforting, but tinged with fear, I think about Laura. This is what it must feel like to be shut inside a cabin in the middle of the wilderness.

Coyotes are roaming in the woods and on the streets – the rabid ones have attacked dogs and people in three neighboring towns. Earlier this evening, I watched our dog sniff at the bottom of the door frame, taking long, noisy gulps of scent from the outside air, and I had to shake my head free of the vision of a big gray coyote pacing across the dark porch, looking for a way in.

The mayor and the superintendent closed the entrances to the public woods this morning and issued warnings that residents should not enter them until the police and their sharpshooters and trappers have killed or captured all the coyotes showing symptoms of rabies. When school let out early because of the snowstorm, parents received an email informing us that there would be no outdoor recess for at least two weeks, to give any latent cases of rabies the opportunity to show themselves. All of this, and then those gunshots were reported. That account of a man with a bow and arrow. In my suburban town, far from the hunters and poachers and wild things I grew up around, I marvel at all the ways we look for safely in the world, the ways we insist upon it.

Waiting in the car for my turn to go around the circular drive of the elementary school and collect my daughter, I watch the policeman standing on the curb, and narrow my eyes. I’ve spent my whole life living in or near the woods. I’ve always known that the woods don’t belong to me, or to anyone at all.