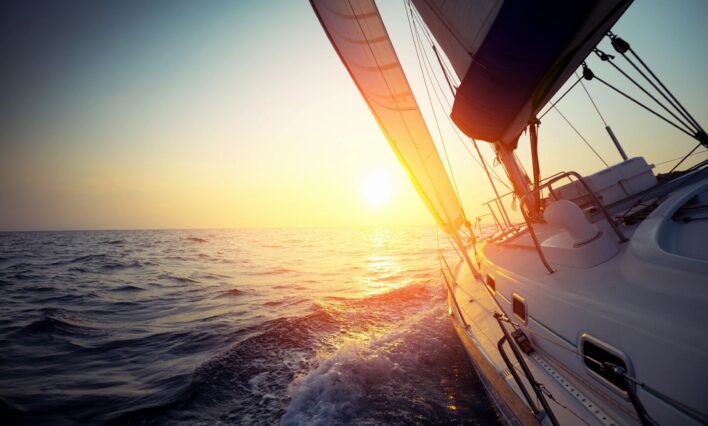 *Southern Legitimacy Statement:
To you folks, I’m not sure I’m legitimate.
Read on… Ben Gilbert is founder of TheBlueSpace Guides Co-operative and a consultant to Child Space Foundation, Nepal. He lives in the United Kingdom. He is a Fellow of the Royal Geographical Society. * so he’s legitimate, right Mules?

The Other Side of Midnight

“Witches raise the wind,” the captain cried.
“The ship will break, lower the sail,” the first mate replied.
“In the cauldron, water boils, turns us ‘wards the rocks and reef.”
“Only Heaven helps us now.”

The dreams had been getting stronger, alive and more lucid; downright annoying. Throwing off the covers, the smell of night-sweats and dreamtime drama sent her quickly to the shower.
The streets had a jubilant air, the party not yet over. It would last some time, she suspected. A nationalist victory in a fraught and desperate election where old ghosts and tacit retribution lay low, waiting in the shadows until today. Now they would show.
At work she couldn’t hide her foreign accent or the colour of her skin. From a near-by country, she was pale and sallow skinned. But today, felt it not quite pale enough. Showing difference, she felt a creeping new found fear.
The looks from men, always confusing and unclear, were now a threat.
She was second class, chattel for a trade.
Hurrying home before shadows took the day, she double locked the door. It felt safe to be inside her make-shift cage.
Her grandmother had told her how the Nazi’s shouted loud:
“…it’s their fault…”
The finger pointed, the blame so clearly laid. The rest is history, shame, shame, shame.
That night, the dream came quickly.

The captain was frantic, beside himself.
“The fury of these howling winds steers us to a rocky ruin. We’ll splinter there, like firewood. Tell the men to abandon ship.”
“Nay Captain, they will not, won’t stand a chance in those flimsy rafts, get swamped and overturned, thrown to the deep.”
“What chance then? Do as ye wish, the moon shows shadows of the closing reef. It’s nearly midnight but the ship clock will never make that strike. We’ll be done by then and the ticking stopped.”
“Witches trap us with their dismal spell, they’ve raised the winds, we’re doomed I say.”
“Abandon ship I say!”
“Nay, Captain.”
“Lower the raft, I’ll take my chances with the fury of the sea, not the anvil of the reef.”

Bathed in sweat, she awoke with a start, her heart beating to the rhythm of the dark and stormy sea.
The day had urgency. She had heard some whispers, broken sentences and knew that soon it would be out-loud and bold: foreigner, go home.
Her grandmother had had to run, abandon ship for a distant shore. Those who stayed hit the reef, dreams all sinking in the deep.
The need to leave, abandon ship, a risky move and a lonely one.
She didn’t tell a soul, packed a bag and left her home. The plane would land before the clock struck twelve. She dozed at thirty thousand feet.
On the shore, the captain sat on a rock, staring hard at her.
“You made it though the tempest, that’s good to see. Almost had me that foolish crew, too scared to risk the fury of the sea. Had no choice but abandon ship, the clock was nearing midnight’s strike, the witching-hour, to you and me. Crew went down, look around, no chance of surviving that, the perils of the reef and wild windy sea.”
She wanted to talk but could not. Bits of ship-timbers lay strewn about the shoreline. The storm had abated and dawn approached. She gazed into the fading night. A star briefly twinkled before a band of cold light cut the horizon out to sea. Desperately wanting to know where they were, she turned back towards the captain.
He had gone but his word echoed through her over and over again.
“Safe”.