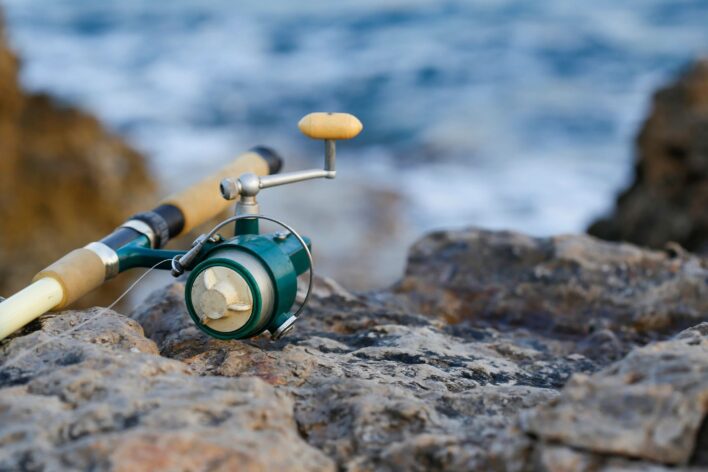 Here’s my Southern Legitimacy Statement: I was born in the Volunteer State, lived my first year and a half in the Magnolia State, and then moved to LA (Lower Alabama, that is). There I spent twelve formative years in a remote outpost on the fringes of the modern world where white-tailed deer outnumbered humans roughly ten to one. Since then I have also lived in the Palmetto State and the Sunshine State, eventually landing back in the Magnolia State. When I was a kid, I used to think my life was going to rock to the sound of a Fender Stratocaster. Now I’ve come to grips with the realization that the soundtrack of my life is predominantly defined by the twang of a Fender Telecaster, and that’s okay.

“How long you been moved in?” He leaned back and pulled the mirror and probe out so he could relax his jaw and respond.

“Open real wide for me now.” He waited for the hygienist to replace the suction and then he dove back in with the water and the mirror. He sprayed the icy stream against the molar and watched his patient’s eyes squint. “You feel some tenderness in that tooth, huh?”

“Go ahead and suction that out then give him a quick break, Angie,” he said, and began rummaging around the instrument tray.

“You met Mr. Buford Long yet? He’s one of your parishioners. Open up there for me.”

“I have,” he spat out just before the plaque scraper and suction went back in, followed soon after by another mirror.

“Mmm-hmm,” he said, scraping at the gum line of the problem tooth. The reverend groaned, more at the wet grinding noise than at the sharp scratch-scratch-scratch.

“It hurts most when you feel hot and cold on it, right?”

“Yep. Angie, hand me a Number Three.” He dove back in to probe a little further. “Yep, Mr. Buford loves hunting and fishing.”

“Uh,” acknowledged Rev. Sanders, his eyes wandering to the bass and the mallard on the wing fixed to the wall just above him.

“Angie, let me have a Number Four.” He whistled a little snippet while he scraped. Rev. Sanders thought it sounded like “Que Sera, Sera,” but he couldn’t be completely sure.

Dr. Clem pulled back and looked down at him. “Mr. Buford always manages to catch the biggest bass I’ve ever seen. Isn’t that right, Angie?”
“Daddy just knows where to find them,” she laughed.

“Welp, we definitely need to go ahead and fill that tooth today. That’ll probably give you a good bit of relief. Is that alright with you?”

“I guess so, if that’s our best option.”

Dr. Clem chuckled. “Nobody ever really wants to do it, but you’ll feel better just as soon as we get that cavity covered up. Angie, let’s get the gas going, and you go grab us a kit and some Novocain.”

Angie draped extra layers of absorbing bibs over him and then placed the mask over his nose. He flexed his fingers on the arms of the chair as Dr. Clem ran through a few practice spins of the variable speed drill. Rev. Sanders felt his chest and stomach clench with each start of the whining buzz.

“Just breathe deep and relax,” said Angie with a gentle pat on his arm as she stepped out of the room. He stared out the window high in the wall at the stand of young pines just outside the office. They swayed slightly in the breeze, and he took a deep breath through his nose. He started to feel drowsy, but then Dr. Clem, drill in hand, slid across the floor on his stool and blocked his view. He leaned over the prostrate clergyman, pumping the trigger on the whining drill, his eyes unblinking.

“Listen here, Reverend,” he whispered, cutting his eyes toward the door. “One of these days, sooner than later, Mr. Buford is gonna invite you to go fishing with him. He always takes preachers with him at least once. Just pay close attention to where he takes you—write down any landmarks you can come up with afterwards, but don’t tell anybody about where y’all end up going. If you play your cards right and keep quiet about it, then he’ll take you again. He’ll know if you tell anybody about where y’all go, so don’t say anything about it. You understand?”

Dr. Clem looked over his shoulder toward the hall. “It won’t be that first or second time, or probably even that third time, but eventually he’ll start to trust you if he finds you’re not one to talk. And after a while he’s gonna take you down to the honey hole where he catches all those big bass. You understand?”

“When he does that, when you figure out where that is…” he glanced back toward the door in the hallway and then turned back to his patient. “When that happens, you just tell me where that secret spot is. Otherwise, that old man’s bound and determined to take that secret to his grave. Alright?”

Dr. Clem pumped the trigger on the drill, which whined and then slowed down. He patted Rev. Sanders on the forearm and smiled. “Don’t you worry. You just go on to sleep—I’ll take care of you… and then you can take care of me,” he said, as Rev. Sanders drifted off into uneasy dreams, where he sat in a wooden rowboat on a glassy lake, fishing for crappie, catching glimpses of a man in a medical mask peering out from the cattails every so often.