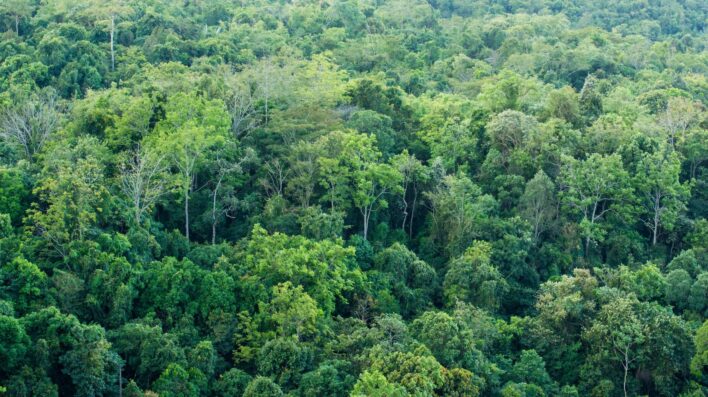 Southern Legitimacy Statement: We were a prototypical southern nuclear family. My Papaw came up in the Great Smokey Mountains, near Farner, Tennessee and Cherokee, North Carolina. When he was nine, he lost track of the time one summer evening, squirrel hunting up on the mountain, and he avoided a sound late-for-dinner whoopin’ by running away with the circus. He didn’t see his own mother again for almost five years; she took him for a drifting mendicant child when he appeared in their doorway one night begging for leftovers and a place to sleep. He stayed home and worked on the family farm, and in time he got married and filled his own home with six children, all of whom were taken early by TB, among other ailments, along with his young wife.

To escape the tragedy of the loss of his family, Papaw left the Smokies altogether, and he eloped with the young English/Cherokee girl who had brushed his late wife’s hair before their wedding. He worked on the railroads as a cook, and he worked in the coal and zinc mines in East Tennessee and West Virginia and Kentucky. Their first born child was my mother, and they had five more children after that in a little government-issue stick-frame house on Alabama Avenue, in Oak Ridge, Tennessee, where Papaw fibbed his way into a life-long career as a machinist at Y-12 and K-25. Papaw died of intestinal cancer in the late 1970s, though had he survived it, he would have died eventually from complications related to moonshine and general orneriness.

Since Mamaw’s Cherokee showed in her cheeks and in her hair in ways that were impossible to disguise, the only job made available to her in the Secret City was one washing radiation suits; her government-issued safety gear was a pair of Rubbermaid gloves. She died of a brain tumor almost forty years ago. Beneath her name, Julia Bryant, our family tree reads like a medical encyclopedia from an apocalyptic future, but we tend to wear it proudly as a clan. To quote Peter Benchley’s Cpt. Quint, “Anyway . . we delivered the bomb.”

Leroy McBroom lived just up the Gainesboro Grade from where Billy Bynum lived off and on with his momma in a double-wide trailer that Billy paid Wally Witt a gram of speed to hoist up onto a grid of three-run-high cinder-block columns in the shade of a stand of big Locust Oaks that lined Mumblin’ Creek; and old Leroy was at home whenever Hygiene and Goat and Wally Witt helped Billy blow the back out of it. I heard the story from Leroy first, and got other details from other people later on. He said – Leroy did – he said that Billy come shamblin’ up the road like a cartoon character afterwards, still smokin’ a little from the top of his head and his Dickies, which was all blowed to shreds and ripped every which way. He had soot blowed all acrosst his face, too, and Leroy said Billy looked consternated. That was the exact word he used – consternated.

“Here he come shamblin’ up the grade like a daggum zombie, man,” Leroy said, “and him a-grinnin’ to beat all git out, too, but not like he was tickled. He was focused, man . . focused on somethin’ waaaay past the horizon line, somethin’ meant only for him, y’know? He didn’t say nuthin,’ neither, not to me noways . . just walked on by, by gawd, with that consternated grin on his face.”

We had all heard the story about Billy coming back to town, moving back in with his momma earlier that spring. He just appeared on her stoop one night like the prodigal son, like young’uns used to do back in the depression days, lookin’ a little skinny but strong as a horse, and him just a-griiiinin’ that shit-eatin’ grin of his. Mother Beulah knew right off that he’d sat a stretch in the pokey down in Nashville, knew right off that that was where he’d been “workin’” all those months. He had a good story about how he’d become a professional fisherman out in the Gulf of Mexico; he’d practiced it with his cell mate for a whole month’s worth of light’s out, havin’ him come up with tricky questions to help Billy catch any details he didn’t think all the way through, but Beulah never bought a word of it.

That was Billy’s problem, more than him bein’ cocky, even: he didn’t think stuff through, or he thought it through alright but never far enough through, partly because he lacked the discipline of follow through, or what his momma called stick-to-it-ive-ness; Beulah Bynum was no dummy, but Billy, who was the youngest of all her precious five children and her only boy, had charmed her from the day he was born. To hear her tell it, he couldn’t never do no wrong. By gawd, he hung the moon; cured the common cold virus, too. Well, it didn’t take too much cleanin’ up for Billy to convince old Beulah of the notion, like he had a half dozen other times, that he was all through with sinnin’ and livin’ fast. It was that – the cleanin’ up his act act – or the promise he swore to help her renovate her trailer that caused her to finally relent when he asked – no, begged her – to let him move back in with her that spring. You see, she had wanted to expand the living room in her trailer for a long time, but she was having trouble saving up for the labor. Of course, Billy coming home solved all that.

It took no time at all for Billy to set up shop, so to speak; whenever Beulah went into town for the day, to get her dialysis treatment, or to get her hair done, the boys from Muddy Pond’d all show up before she even made it to the top of the Gainesboro Grade – Wally Witt and Goat, and ole’ Hygeine, and sometimes Hygiene’s brother Dwayne. They’d show up one at a time with all the pyrex and precursors and hot plates and everything. Wally was the “Red P” guy, and Hygeine was the “Pseudo” guy, and Goat supplied the Iodine, since he had kin who owned a tack and feed co-op up yonder in Baxter. Hell, they was a-cookin’ wide open there for a couple three weeks. They had a good thing goin,’ too, and still would have today if it wasn’t for Billy outsmartin’ hisself. That was Billy’s other problem, you see, besides bein’ cocky and not havin’ any stck-to-it-ive-ness; he had a habit of outsmartin’ hisself.

Billy and the Boys had made a couple few good runs, which is to say that the dope was clean and had good “legs,” and that was all it took for Billy, who had assumed the role of Chef du Cuisine, to convince hisself that he had evolved into a Hillbilly Rain Man when it come to clan-des-tine mountain chemistry . . and him with not a day of school past the eighth-grade. But none of them other fellas said nuthin whenever Billy first suggested heatin’ up the peroxide some to increase the moles in it. He figured, more moles, bigger reaction. And he was right about that, too, you know it? None of them boys even knew what a mole was, not chemistry wise; and I reckon they still don’t. I don’t neither, of course, but then I ain’t fixin’ to learn how to be a speed cook. Billy had read it somewhere on the internet, I reckon, and that was all any of them boys needed to know to know it was gospel truth.

Once they had the ingredients all flasked up and ready to go, Billy gave that shot of hydrogen peroxide sixty seconds in the microwave, and once it got cool enough to handle the glass again, he poured it into the flask the way he always done, all at once like, to kick off the reaction, and just as soon as that peroxide hit the soup – BOOOOOOOOOM!!

The three of them sat there dumbfounded with all that particle board – what used to be Beulah’s trailer walls in the back – settling down over the yard all around them in a powdery dust, like snow in a snow globe; two of the walls of the living room got blowed out entirely, just gone, and most of the rear wall of the trailer, too. Goat swore later on that the explosion blew shards of pyrex through a beer can so hard and sudden that the beer just drained out where it stood. Billy sat there dumbfounded, with his head smokin’ some where his hair was smolderin,’ and his arm outstretched and his hand still a-clutchin’ that beaker tight, as if the jolt of the explosion done froze him in time.

Beulah come home later that afternoon to an empty house with the back walls blowed clean off the frame. Billy had gone wanderin’ off somewhere, tryin’ to walk off the moles in that peroxide, I reckon, and probably also tryin’ to cook up some sort of plan-splanation for why them two walls had vanished from the back of the trailer; his bell was rung so dang hard he couldn’t even see the synchronicity of it.

Leroy had heard the explosion, and he’d seen them other boys’ cars pullin’ out of there real fast after that, and that was when ole’ Billy come walking by with his head still smolderin’ a little and that consternated grin on his face. It was a little after that time that Leroy said he saw Beulah’s Oldsmobile pass by down the road, and he sat out on the porch just a-whittlin,’ half expectin’ her to pass by on foot, eventually, which she did after a while.

“Evenin,’ Lee! Have you seen my Billy?” she asked.

“Evenin,’ Beulah! I shorely have,” said ole’ Leroy. He left it at that, bein’ unsure of how much to admit how soon. The way he saw it, it warn’t none of his business, nohow. “I shorely have,” he repeated, spitting into the dusty garden for emphasis.

“It looked to me like he was walkin’ toward ole’ Curtis Lankford’s place, but I cain’t be too sure where he was headed, exactly. He didn’t say nuthin,’ just walked on by.”

“Well . . ,” she said, and she stood there with her hands on her hips looking up the hill for a minute. “If you see him, why, tell him he needs to come home and finish this work he done started. I’ve been after him to help me with that daggum addition for more than a year, you know it? It tickled me pink to come home and see he’d already got the demolition started, but . . that Billy, now . . bless his heart, he never did have much stick-to-it-iveness. His daddy warn’t no diff’rint.”

She stood there for a minute with her hands on her hips staring up the road like she half expected to see Billy’s daddy step resurrected from a honeysuckle hedge.

She was right about that, too. But she didn’t even know the half of it.