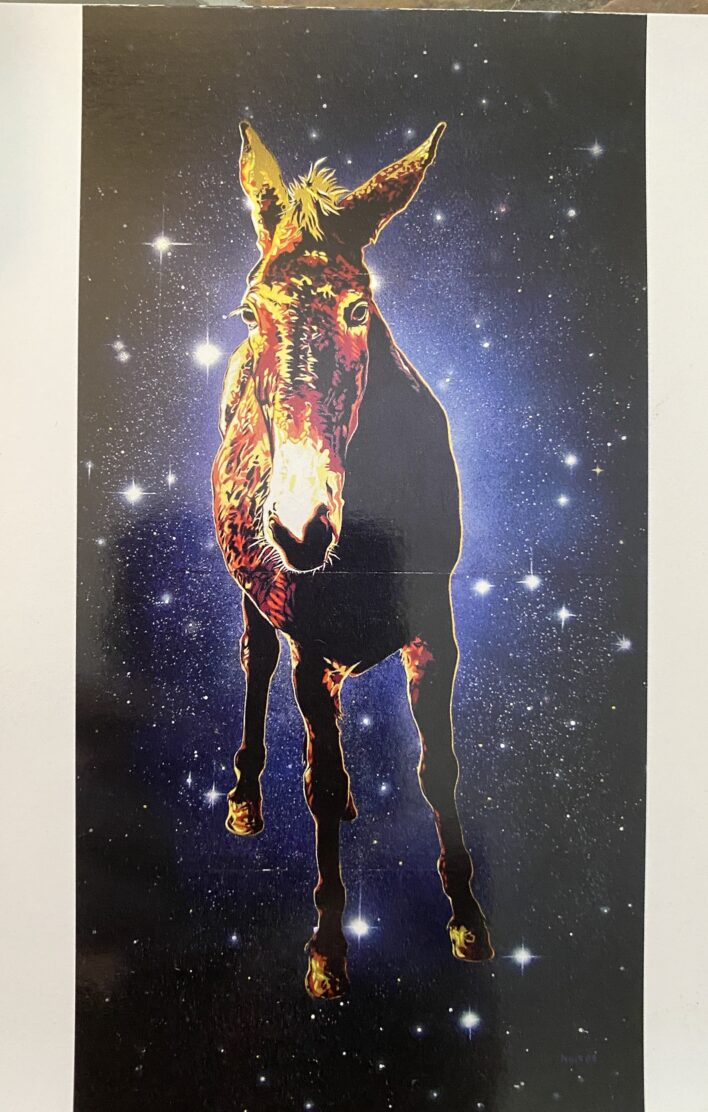 We’d like to thank Jack for his contributions to this Mule. It’s pretty safe to say that without him, our issue would be brutish and gray. Jack is a rare artist, as far as we’re concerned. Anyone who can paint an ass without acting like one is indeed a treasure. He sent us a short blurb of a bio but we suspect there’s much more to him than this bit of information contains. So, to Jack, thanks again.

For several years now, since moving to New Orleans in 2005, I have been painting pictures that feature animal characters as the principal protagonist, hero and antihero all rolled into one. For many years before that, I made pictures that featured people. Animals are less complicated. Although, in some ways, they are potentially more freighted by projected human attributes and desires. My use of animal depictions of late has more to do with reflecting human dilemmas, frailties and victories; aiming for a reading that is at once universal in the manner of a deft logo, for example, and emotive, after the fashion of a catchy tune or the lingering sense that one gets from a memorable line of prose. — from Jack’s artist statement on American Beauty, South website (see below)

Jack Niven is an artist who  lives and works in New Orleans (Louisiana, for our non-US readers) since 2005. His most recent exhibition in New Orleans last fall, titled Niagara, was shown at the Martine Chaisson Gallery. His curatorial project concurrent with the Prospect 1 Biennial was titled, American Beauty, South. The Prospecc consisted of a collection of artist-produced billboards mounted on a series of motels which were located along a stretch of Highway 61 in New Orleans The works can be viewed online at American Beauty, South’s website.

His featured work in this issue of the Dead Mule is Niven’s street mural, Liberty’s Mule, created as a satellite project for Prospect 2. His work can be found in private and public collections in Europe, Canada and the United States and online on his website.