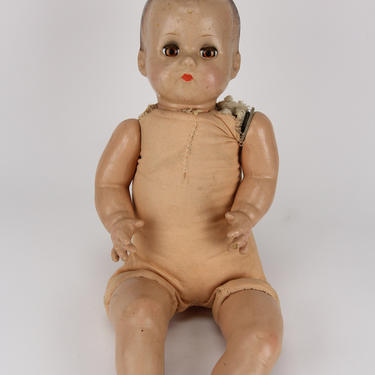 Southern Legitimacy Statement: Married to a woman from Ocilla, GA.

HE’D BEEN READY for hours – suitcases packed and arranged in the trunk; peanut butter sandwiches wrapped, coffee brewed; the girls’ belongings, not including Big Teddy, wedged in the back – yet still his wife and daughters lingered behind closed doors.

He walked around the Buick.  Almost nine: if they were going to make 600 miles, leaving a comfortable 400 for the following day, they needed to make a start.  He’d mapped it out the night before (not that it needed a great deal of planning, as they made the trip twice a year, but nevertheless): Universal City to the on-ramp, I-10 east through Louisiana, then a relatively straight-shot across Mississippi, Alabama and into Georgia.  If they made it three-fifths of the way by nightfall, he could rest easy in the motel, perhaps enjoy a little scenery and a pleasant meal as they followed the slow, winding state roads the next day.

The house seemed empty as if they’d already left.  He prowled kitchen and den, both bathrooms, even the garage.  Nobody.  When he went back outside they were standing by the car and shaking their heads.  He sighed, then locked up and got in the driver’s side.  He put on his shades against the morning sun and had a quick look in back.

At least there was no sign of Big Teddy.

Things went well for a hundred miles, then the askies began.  Later he would realise the girls had raised these to the status of performance art, and limit them to three each, no matter the length of the journey.  But now, from an eight and twelve year old, they seemed innocent enough, simply a function of being cooped up in a hot car with nothing much to do, bare legs sticking to the vinyl bench-seat and unchanging vistas of concrete-and-pine flashing by, endlessly.

Even his wife felt the need to chime in, and he turned to her with a frown.

‘Listen, everybody.’  They had joined the Interstate fifty miles back, just long enough for the itch of boredom to set in, and he fondly imagined he’d have a good long while before having to attend to any feminine difficulties.  Despite rolling eyes and exaggerated fanning-motions, he had set his eyes firmly on the next intersection, and the next, and the one after that, the miles unrolling beneath singing tires and bringing them closer to a better tomorrow: rest, an easier pace, arriving at their destination crisp and refreshed, rather than tumbling from the car like a package of squashed Twinkies.  ‘We need to make good time, and can’t be stopping every five minutes.  We’ve got a long way to go.  Have some orange juice – Amelia – and read your books, please.’

They humphed and fidgeted, but finally got out Beverley Cleary and Southern Equestrian magazine, tugged the plastic peel from the mouth of the cans and went quiet for a while.  John smiled, accepted a cup of coffee in an upturned Thermos lid from his wife.

As he sipped, he noticed they were approaching 150 miles, and after a refill, 200.  Perhaps the day would pan out okay, after all.

Heavy Baby made her first appearance around the 300-mile mark.

John kept up a steady rhythm – forward look, glance in the rearview, lean over to see past Amelia when he moved around a truck – and for the most part drove quite safely on autopilot.  His brother Zeke, who flew fighter planes (unlike his own work recruiting new boys for the Air Force, almost certainly from the small towns the Interstate had left behind) didn’t bother with such pedestrian manoeuvres, but John liked to be safe, and had a great sense of his precious cargo.  He’d cheerfully strangle them both if they started up again, and throw in his wife for good measure, but as they purred along mostly untroubled he kept up his routines to safeguard everything in the big-hot-box on wheels.

After another rearview check, he did a double take.

A small, fat and decidedly solid pink arm sailed across his mirror like a dropped hotdog flying away from a clumsy child.

It was Sissy, of course.  From the back he heard Mimi snort.

‘Uh-huh.  She used to be a regular baby, but she fell in the tub and Missy couldn’t get the water out, so now she’s Heavy Baby.  She’s enjoying the ride!’

They were coming up on one of the last exits in Texas.  He checked his mirrors then got on the off-ramp.  When they stopped, in the first marked bay from the road – far from the winking delights of Stuckey’s – he turned around and seized the doll.  John grunted.  The thing must have weighed twenty pounds.

‘Sissy,’ said Amelia.  Turned around in his seat, he couldn’t see her face.

‘And what I meant was there’s no room for big toys, just books and things, but here you are bringing a big baby anyway.  Mimi, were you involved in this?’

Behind Southern Equestrian, nothing stirred.

To squawks of protest, he marched over to the nearest trash-can and dumped Heavy Baby in upside down, fat legs protruding from her yellowed petticoat.  Only halfway across the parking lot, where the lights of Stuckey’s threw long shadows over the asphalt, did he learn Heavy Baby was on her way back to the Misses Turk in Ocilla, and therefore immune to persecution.  After he had fished her out, crushed her beneath the passenger seat with the car-jack and the dust bunnies, he tore back to the on-ramp like the devil was on their tail.

He didn’t mind these twice-yearly trips, he told himself.  Family was important, and the march of the Interstates made each journey easier, more routine as the government chewed up the mass of south-east back roads in its relentless concrete dash for the coast.  What would he be doing with his vacation time, anyway, besides sitting in an armchair reading history, a glass of iced tea at his elbow?

As they pulled out, he drifted back to his hallowed place.

In college, he’d hitch-hiked to Alaska with a buddy to spend the summer as a game-warden.  Apart from an occasional puzzled moose, they encountered nothing much at all, but one day stumbled across a log-cabin at the end of a ravine.  The place was abandoned, yet near perfect: stuffed chairs, dusty but inviting, a table for tired boots, and row upon row of leather-backed novels, volumes of geography, politics and out-of-date bound up news – doubtless some intellectual hermit’s summer retreat.  His buddy sat back for a nap, but John took down a book.  He was still there when the sun tracked over to the last midnight plank, smiling, entranced.

In fits and starts, with another visit to the cabin, every now and then, they made it to the motel at last.

Fines Cajun cookin in the state! TICKFAW, LA, the sign read.  It was the second in as many miles, and he wondered whether the sloppy spelling was deliberate, folksy, or just the way they talked.  A few minutes later they passed another, words still dripping red paint.  He decided they were for real, and an excellent meal beckoned.

The morning had gone well, perhaps because they’d left the Interstate and now wound along more interesting stretches of road, through small towns with fields and ponies and one-pump Sinclair gas-stations, cars up on cinder-blocks in crowded yards, and no one seemed to have much to say.  The next sign said TICKFAW – CAJUN 10.  He put his foot down.

Though the journey was more pleasant they could manage only forty or fifty miles an hour, and the great roaring breeze of the Interstate was absent in the heat.  Beside him, Amelia dabbed at her neck with a wet-wipe.  The girls fanned their magazines in the open windows.  John plucked at his shirt collar and yearned for shrimp and spices, a long beaded glass of tea.  Five, the next sign said; two; then right ahead.

They came in by a gas-station, tooled down main street.

Two kids on skateboards slid down a high chipped kerb while their friends looked on, gracefully jumping rope.  He smiled.  Where was this place?  The last sign preceded the gas-station, but it couldn’t be far.  He decided to quarter the town, reaching the far end and swinging round at the Dairy Queen, then making a left.  Now they passed wooden porches and wilting gardens, swing-sets chocked-up on wonky legs, chickens darting here and there.  He came out opposite the service bays, and the slow crawling heat made the shirt cling to his back.

‘Damn it,’ he muttered.  He turned in the forecourt.  A man in overalls trollied out from under an Oldsmobile, round glasses glittering in the sun.  Mimi spotted a pony in a field between buildings and laughed.

On main street he decided to try the opposite side.  Here the alleyways were crowded with trash bags and fry-cooks sneaking cigarettes in the shadows, a young woman pushing what looked like a vat of melted ice-cream towards a streaky dumpster.  They popped out by the gas-station again, right on the stroke of twelve thirty.

He wasn’t even sure this was Tickfaw.

They passed the boys again, one rocking the board on the curb like a see-saw, and pulled abruptly to a stop.  It had a skull-and-crossbones stencilled on the underside, John noticed, and the boy’s head was close-shaven, hair almost the same shade as his scalp.  In the car he felt like a shrimp welded to a blistering clay pot, and leaning over to pop the passenger door offered no relief.

‘Hey, boys!’ John said brightly.  Behind him the girls ducked under the seat.  ‘Boys!  Say, we’re looking for the Cajun place, and the signs say Tickfaw.  Do you know where Tickfaw is?’

One kid looked at the other, spun on the board till he roughly faced the car.  Still his feet maintained their poise, scuffed toes floating above the concrete.

When the final, unstoppable exclamation came, they were speeding out of town as though a rocket was strapped to the trunk, a maniac lighting the touchpaper.  As they passed the final dry yard, the last field with its thirsty-looking pony, Heavy Baby’s hand reached out the window for a sturdy and poignant farewell.