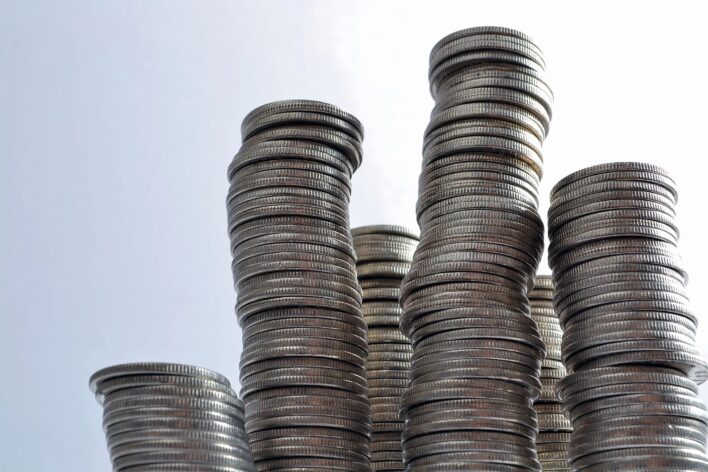 Southern Legitimacy Statement: I am a Southerner though for sure. I was raised in Florida by a dad whose family crept down from Georgia and a mom whose ancestors moseyed down from North Carolina. My grandaddy said you were all right if you came from North Carolina but South Carolina, not so much. My grandma Mary called shorts “britches” and cooked cornbread in a cast iron skillet. She fixed collard greens or green beans (with ham hocks) and fried chicken every Sunday for as long as she was able. I also lived in New Orleans for four and a half years. I still prefer cornbread dressing with my turkey on Thanksgiving.

When I was six years-old my father was already trying (in vain) to teach me the value of a dollar. He gave me an allowance of exactly two quarters every Saturday. I had no clue what to do with them and every week just stuck the quarters in an otherwise empty desk drawer in my room. After a while it dawned on me that no matter how many weeks went by I couldn’t seem to accumulate more than two quarters. I had three siblings but the prime suspect was my brother Chuck. He was the one who put a crab claw under my bed, said I looked fat in my favorite flouncy taffeta skirt, and buried my best Barbie in the yard (after putting whipped cream in her hair- the perv) so without hesitation I marched into his room and confronted him.

“Did you take my quarters?”

“No, I didn’t take your stupid quarters.”

Notice I said my quarters, not my money. I don’t think I’d quite made that connection yet.

“Get out of my room!” he yelled threatening me with a pair of shorts he picked up off the floor. For once.

My father was in the living room reading one of his flight manuals. He was one of the good pilots. Always landed on the runway and at the right airport. I made the mistake of asking him once how it worked. How a big heavy airplane could actually fly and stay up in the air. I’d hoped to dazzle my classmates with the info I was privy to during Show and Tell but he said something about centrifugal force and my brain just switched off. I’m not sure it ever switched back on actually.

“Chuck keeps stealing my quarters!” I announced breathlessly. I was standing on one leg like a flamingo when I said it. I did that a lot for some reason.

“Is that right?” he said, clearing his throat and pushing himself up from the chair. Danish modern. My mom thought she was so cool on account of having that Danish modern furniture. I thought it was ugly and uncomfortable.

“Where is he?” my dad asked wearily.

Wearily. How else would you expect someone who’d fathered four kids in five years to respond?

“In his room,” I said smirking. Oh yeah, he was gonna get it. For sure.

When my dad got into Chuck’s room he didn’t waste any time. He didn’t say, “Good morning, Son,” or “How’s it hanging?” or anything. He just came right out with it.“Have you been stealing your sister’s allowance?”

Chuck just looked down at his bare feet with the red fluffy carpet sticking up between his toes. You’d think he’d never seen his feet before the way he kept staring at them. He didn’t say anything or nod his head even.

My father twisted his head around on his neck like he was trying to keep from losing his mind.

“I asked you a question,” he said.

Finally, Chuck looked up, “She just leaves it in that drawer. She never does anything with it.”

“Give the money back and apologize to your sister.”

“I can’t,” my brother whimpered, leaning up against the wall covering his butt with his hands.

You could tell by the way my dad was fuming that it wasn’t really going to matter much either way.

“I used it to get ice cream from the ice cream man.”

So that’s what those quarters are for, I thought.

My father shook his head, “I’m not going to spank you,” he said, “but you’re going to have to let your sister have something of yours.”

I was relieved. I really didn’t like it when any of us got spanked.

My dad turned to me and said, “Go through his toys, pick any one you want and you can keep it.”

I was game but not overly optimistic. My brother and I were on completely different wavelengths when it came to toys. I was all about dolls. Baby dolls, Barbie dolls, paper dolls. I LOVED dolls. My other brother liked dolls too, but not Chuck.

Still, I felt a little giddy when I was looking through his closet. Baseball mitt, nah, boxing glove, nope. Basketball, no way, toy truck, hmmm, nah. Then I saw it propped up in the corner and I knew. It was a wooden bat with the words Louisville Slugger written in cursive on it.

“No!” Chuck wailed, bawling like an itty bitty baby.

My father pointed at him and said, “That’ll teach you not to steal.”

Another one of my father’s misguided attempts at parenting, but whatever. I had my brother’s very favorite thing in the whole world.

I felt exhilarated. Like I was taller or something all of a sudden. I knew exactly what to do. I ran out of the room, through the dining room, and opened the sliding glass door that led to the patio. I stood by the edge of the pool for at least a half a second before throwing it in. It floated a little while, rolling a bit. At first you could see the words, Louisville and Slugger, and then just gger when it started to sink.

My brother stood at the door screaming and crying and carrying on. My father came out, took one look and quickly began to remove his belt, shouting,

What do you think you’re doing?”

I thought it was pretty obvious so I didn’t say anything.

He folded over his belt. “You two go to your rooms,” he said, “You’re both getting a spanking!”

Which I also thought was fairly obvious.