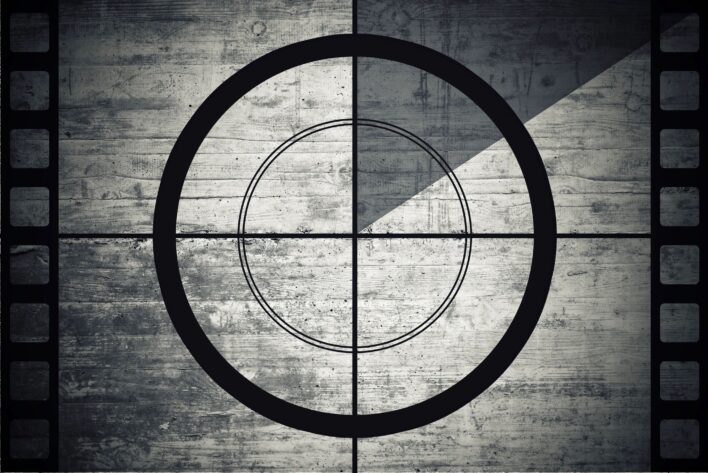 Southern Legitimacy Statement: I was born in the North, live in the North, but spent 4 years studying literature in Atlanta, which I’m guessing you don’t consider to be the South. This story is, however, about people who came to America from Sicily, which is its own South, to live in the North. “But If you can’t make it baby, your sister Lucille said she wanna go (and I sure will take her)”

The movie is a kind of watermark in our family. Boys watch it late at night in unfinished basements, sodas growing flat as they feed off of what they think is a secret power. Girls avoid it because it bores them, and they knew that if they allowed themselves to think about it, then they’d have to watch it.

It’s on all the major streaming services, you can even check it out of the city library. But the women don’t. It’s been years since they’ve even thought about it. When a relative, visiting from Florida, brings it up at dinner they excuse themselves or just go make more coffee. Their husbands resent it. They don’t just want people to hate it, they want it to be erased from history and for people to hate it. The movie disturbs them because it’s something they want to do, but then, immediately, to never have done. Like adultery. Which some of them have done.

It’s a movie for the young men really. To them it’s that scene where Johnny shoots the strip club owner in the head in slow motion. The way the blood splatters on naked flesh. It’s the grammatical structure of the title. Two nouns without articles.

Grandmothers don’t care. They remember it, but they also remember when Frankie hit a home-run in the coach-pitch semi-finals. Maybe at one point they looked upon the movie with a certain awe, amazed that someone had made that much money, was known in California and Paris for that movie. But not now. Now it’s like a home-run without a fence.

No one knows what it is about, really. Masculine frustration. Poverty and alcoholism. An aberrant sexuality. It touches a nerve, because it’s about family. Our family. But of course, none of it’s true. Except the mother, who is my Aunt Lotti. That part is true. The actress just has brown hair.

Now my Aunt lives in a subdivision off of a major thruway. You can’t turn left coming into the community, so my dad and I went down to the next light and made a U-Turn.

She was expecting us so my dad knocked once and opened the door.

Her living room is entirely white besides the college football game on the flat screen. There’s a dish with glass figurines that sparkle from the light coming in at the window.

I watch her get out of the barcalounger and walk over to us, looking at my dad like he is still a kid. “Mikey,” she said. “How are yea?”

She gave me a strong kiss on the cheek and called me sweetheart. I know she knows my name and, of course, maybe I’m overreacting, but it stood out to me. They say people don’t feel themselves as adults, as fathers and wives, until their parents die. Maybe Aunt Lotti couldn’t see me as a son because she couldn’t think of my dad as a father. Because her sister, my father’s mother, is dead.

We ordered a pizza and started watching the game. “Hon, you don’t want Pop?” she asked. From the sofa I could see up the stairs, and to a landing on the next floor. There were framed posters of her son’s movies. Her son is the actor Frankie Costa, but I’ve never seen any of his films. Not even the more famous one.

Her sofa is so firm that I feel self-conscious about lying down. My father is on the love seat that runs parallel to the screen. It’s warm inside, but not hot the way my grandmother’s house used to be. He wants to talk about Rossario Buffalino. That’s another movie. This one you might’ve seen by now. But it wasn’t out yet when we visited Buffalo.

“Do you remember a guy, from back in Pittston, coming around to your house. Buffalino?”

“Buffalino?” my Aunt asked. “No, I don’t remember no Buffalino.”

“Your brother Dick,” my dad continues. “He says he used to come by the house sometimes for dinner. Says he liked the way your mom made sauce.”

“Well you know your grand-father. He was a bootlegger. Had all kinds of connections.” Now she turns to me. “Your great-grandfather, after he emigrated from Sicily, made his way into a coal mine in Pittston. God knows how that started.”

“For cryin’ out loud.” she yells at the set. Her sweat pants fit well. She’s sprightly and thin. But muscular too. Despite the rare form of lupus she was diagnosed with last year she still does all the gardening by herself. Volunteers at her church. Votes.

“He starts selling liquor and wine in Pittston during Prohibition. He was a mean old man. Colodigo, my father. One time, I’ll never forget this. Oh god! The goat got into the garage where he kept the barrels. We had a pet goat, hon. So the goat ate the cork. For days that garage smelled like wine. Your grandfather.” She was speaking to my father. “He was so mad at that goat. He comes inside muttering. ‘I’m gonna get that goat.’ Grabs a shovel and wammo. Kills the goat in the garage.” Now my Aunt slaps her thighs at the punchline. “‘Course, that was nothing compared to the time he made the neighbor’s dog into meatballs and fed them to the neighbor.”

On the TV a football splits the uprights and Ohio State goes up 17. “Hadn’t paid his loan.”

For dinner my father and I drive downtown to a brewery that serves artisan flatbreads. Cousins and their children meet us there. Aunt Lotti doesn’t go downtown to see these cousins. My dad orders a salad, but the Nashville Fried Chicken is really more like a chicken sandwich. Although we’re family, we have to split the check four ways. We eat and drink that much. Before we leave we toast to one of the few Italian words we know. “La Famiglia,” we are entering a new phase of the immigrant experience.

The cardoon is an artichoke thistle in the sunflower family. Its flower is blue and purple and explodes out of spiked leaves that form the shape of a tropical drink. The tips of the leaves are brown but the base is pale and slightly green. According to Wikipedia it’s been farmed since “ancient times,” and I’ve been assured that in certain parts of Sicily it still grows wild and you can pick them from the side of the road and eat them.

They’re hard to find here. You need a specialty grocer in a city like Buffalo or Tapron Springs. Somewhere where there are a lot of Mediteraneans. We used to always eat them for the feast of the Immaculate, passed in butter and fried.

I change out of my pants and sweater in her room when we get back. Ever since her diagnosis she sleeps in the barcalounger to protect her shoulder. There is an exhibition quality to the room. It’s beautiful. Antique. Every available piece of flat space has a framed photograph. Frederick is in some. He’s skinny, sunken cheekbones. Defiant eyes. Long black hair like snakes. It hurts me to say it but it’s all there, before he’d made anything.

My Aunt has the same hair she has now in all of them. Shorter than even a pixie cut. White. In one family shot she’s wearing a white suit and isn’t smiling. Only Charlie, her older son, looks pedestrian. Round chin, full cheeks, curly brown hair. Aunt Lotti isn’t smiling. You can hardly see her husband standing behind her.

On my way back downstairs I grab a soda and listen to my Aunt yell at my dad. “I’ll fix you,” she says and my dad laughs. “Yea you laugh.” It must be such a gift for both of them. For him to be the son, ruly and uncontrollable and her the mother, responsible for his life.

“Have I  told you the story about Robert DeNiro,” she says. We’re watching the World Series now. Like all good stories that no one has asked to be told there is no natural way to begin. “Such a nice man. Beautiful skin. I met ‘em at the premiere. Only of course I-I couldn’t talk to him because Freddie had told everyone that his mother only speaks Italian.”

“Really?” I say. Wanting more than anything to be a part of this story.

“Sure, he did. He wouldn’t let me dress up either. Here I am at the movie premiere, everyone in tuxedos and fancy dresses and I’m wearing a Bills sweatshirt and can’t say a word of English. Every time I try to speak, he had his girlfriend there, she’d pinch me so I wouldn’t say anything.”

“But I was telling you about Robert DeNiro. He asks Freddie for cardoons. Says he hasn’t had them since he was a kid. So Freddie calls me up the day before the premiere, asks me to make Cardoni in Pastella. I says Chuck, Freddie wants me to make cardoons. He says, you ain’t making a whole plate of cardoons for Robert DeNiro. So he says here’s what you do. We’ll pick up a pound on the way out of town tomorrow. Give him a bag of raw cardoons”

“Did he like them?” My father asks. He loves Robert DeNiro. There’s a scene from The Godfather Part II that didn’t make the cut. DeNiro is playing the young Vito Corleone, before he’s Don Vito or anything. He sits at his kitchen table peeling a tangerine or maybe an orange and shares it with his wife. When they speak in the movie, they speak Italian, but in this scene, nobody speaks. They just eat the fruit.

“Oh,” my Aunt says and leans back into the chair. “He says to me Mrs.Costa those cardoons were delicious.”

I dislike traffic, but I like the idea of a place you can’t approach directly. There is the moment when you drive past the place you want to get to, continuing on, going further and further away. Until the traffic stops. The concrete medians part and you can return to where you are going.