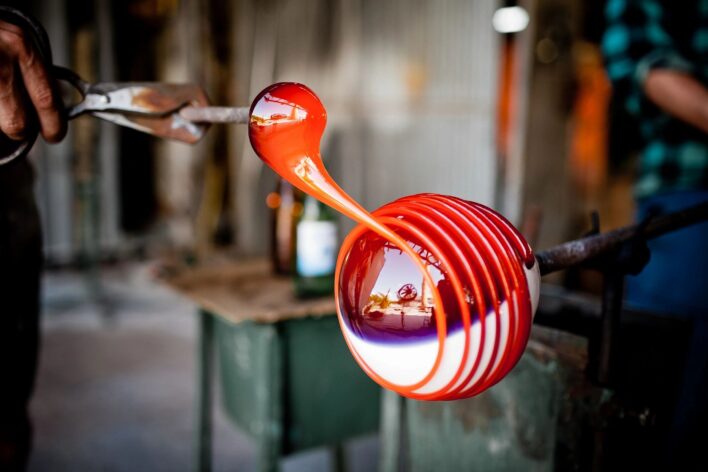 Mike wanted to discover a new planet or comet. Everybody was finding them nowadays, he had told Beth. She was waiting for him to tell her that he would name his heavenly body after her. Beth, the comet that would come perilously close to Earth. Or Beth, the planet so similar to Earth but hundreds of light-years away. But all Mike found was space poop, and such unnamed things became the property of the university anyway.

One of Mike’s old friends, stationed at Pensacola State College’s planetarium (“stationed” making it sound like he was at a remote outpost in Antarctica rather than at the much more accessible blindingly white beaches of the Gulf of Mexico along northwest Florida), had gotten a call about a possible find.

So this Saturday morning, she had endured the drive (i.e., napped on and off, listened to Mike’s reasons for traveling to collect space poop in sutu, told him which songs playing on the radio she liked and disliked) about an hour down I-75 to hit Florida and then a couple more hours westward on I-10 across the Panhandle, a drive of flatness and drabness beneath Georgia and Alabama before reaching the bay area.

Although Mike’s dreams revolved around planets and comets, his work dealt with meteorites. Comets were romantic. Planets birthed fantastic tales of looking to the stars and finding life out there. And asteroids were big and scary because people liked to be afraid that one would eventually hit the Earth. But lots of meteorites struck the Earth every day, an afterthought in the scheme of heavenly bodies, just space poop.

Sometimes Mike would tell her a nugget of archaeoastronomy, like when he talked about the American Indians who thought shooting stars were the spirit of their shaman, but she had already forgotten the name of the tribe.

Ed, the old man who had called the planetarium to say he’d come across some odd rocks after a flash in the sky, led them along the woods alongside a farm outside Pensacola, and the dry underbrush crackled.

Ed pointed out shrub oaks and frayed palmettos as if they were exotic plants to his Georgia visitors. They trampled over bleached-away-green grass that was stupefied from the northwest Florida weather. Beth happened to see it first. She pointed it out to Mike, and the old man nodded.

“Think it’s valuable?” Ed asked as Mike turned it around and around, and it passed the basic test with his strong magnet.

“Don’t know, sir. We’ll get it checked out for any valuable components,” Mike replied.

“Not that kind of valuable. I’m talking about space life,” Ed said. “Like those worms they thought they found from Mars in those rocks. Fell from the sky. Somewhere out West.”

Mike said the newsy rock was found in Antarctica, but Ed didn’t seem to hear. The old man paid attention when Beth said there was the slight possibility some life forms could be trapped inside. Ed didn’t catch Mike glaring at her.

On the drive back, she held the small cardboard box containing the rock on her lap. Mike didn’t want to let it out of his sight; he’d said no when she suggested putting it in the back seat.

When they stopped to get something to eat, the box had to go inside with them. A wandering little boy asked Beth if she had a puppy or a kitty-cat in the box that sat on the table between her and Mike. No, she said while Mike chomped on fries. A baby? Beth smiled and said no. While she was thinking how nothing living was shared between them, Mike said it’s just poop, and the kid scrunched up his face and walked away.

“He would’ve been excited if you had said it’s a shooting star,” she told Mike and noticed the kid’s mother was looking over at them, likely wondering what kind of people brought their boxed feces out in public.

“Meteorite,” Mike corrected her. He smiled. She did not.

Now it was late Saturday and they were back home, and she lay in bed while TV men and women used the airwaves to argue live about something. Beth had already cleaned up and was waiting on Mike to finish his long shower. He had brought the meteorite home, which was likely against university rules even though it was a Saturday night, but she didn’t ask.

“Want some ice cream?” she yelled, not sure that’s what she really wanted.

“What?” he yelled from the shower.

The rock was on the kitchen counter as if it were petrified alien fruit. Instead of a spoon for ice cream, Beth found herself taking the meat tenderizer from the utensil drawer. She used the metal mallet to give a quick but solid hit to a corner of the extraterrestrial cragginess.

A piece no bigger than a quarter flaked off, and she looked at the meat tenderizer as if it were soaked in blood or covered in fingerprint powder instead of dusted with meteorite particles. She figured Mike would surely notice the rock’s slight discoloration. Her flake looked so plain.

She heard the shower turn off. She wiped off the ordinary kitchen utensil and put it back into the drawer and brushed the few dusty particles off the counter. They disappeared into the air as if sucked into a black hole. She dropped the small piece of shooting star into her purse and wondered what kind of life she had just let escape. She looked at the door. She knew.