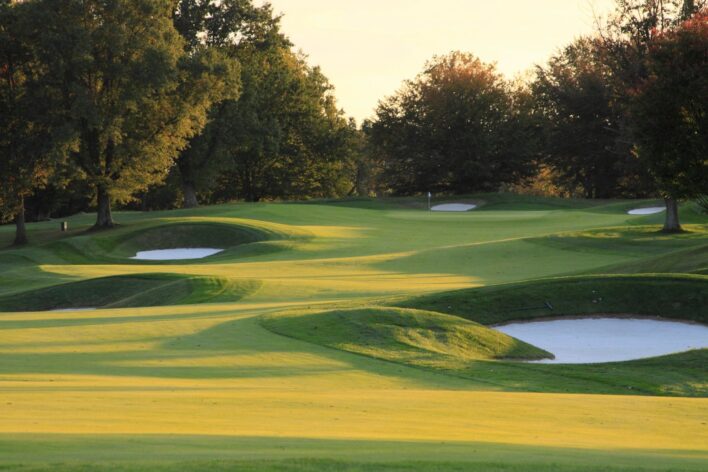 Southern Legitimacy Statement: A native Atlantan (not many of those) with deep matriarchal roots in Savannah, I eventually ended up enrolling at The University of the South in Sewanee, TN, where I now teach a course on Tennessee Williams. I can drawl if I have to, but I’ve found it makes northerners think you’re stupid.

Mrs. Preston T. Underwood III Explains the Egregious Behavior of Some Members of the Driving Club at the Golf Course, 5/12

Well, boys will be boys, you know, and men too.
Why make such a fuss over club hijinks?
A private club, the members pay their dues
and have a right to harmless fun and drinks
every now and then. Yes, a few played nude;
some may have urinated on the links.
Perhaps some of the nouveau riche were crude
and fondled caddies – it’s not what you think –
the caddies were girls. Don’t be such a prude!

Now one of them is threatening to sue.
Ungrateful! She should have kissed their golf balls,
simply done what she was paid well to do
and thanked her lucky stars. Instead she calls
some shyster lawyer. Now it’s in the news.
I’m sure she works at Hooters, and it galls
me to no end because she has no clue
what class is and should be ashamed, appalled
to put these decent men on public view.

Try to picture those immaculate greens,
the broad expanse of perfect grass, long days
of summer passing careless and serene
without a shadow; only clouds that stray
across the sun change this eternal scene.
Verdant lawns and cool waters whisper, “stay
and watch the dream of childhood lengthening
like the sun’s last rays. Past nightfall, play!
Ignore dull duty and have no regrets.

Deny the memory of home, the call to supper.
What waits beyond the eighteenth hole is death.”
Then you’ll understand, as I have learned to,
why they stay away so long, out so late,
chasing a white ball down an emerald path,
driven towards a small red flag as if by fate.
The club is a lovely way to compensate
for life’s disappointments: loss and sorrow.
The veil was lifted from my eyes years ago.