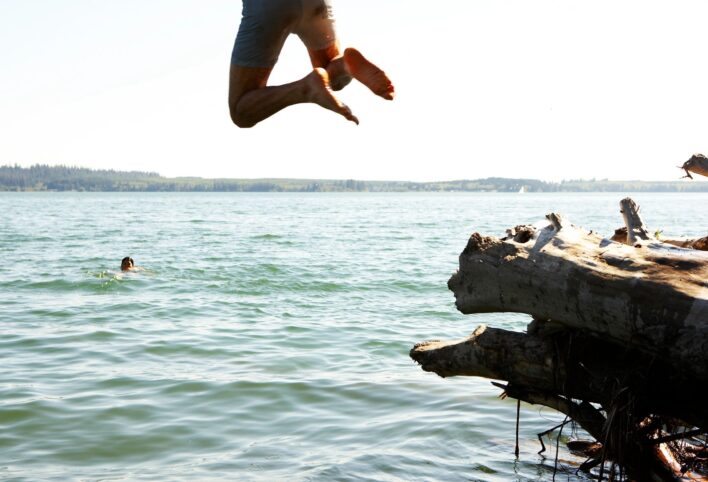 Southern Legitimacy Statement: I was born in Galveston, TX, and raised in Houston after my family evacuated following Hurricane Carla. I am educated at the University of Texas, Texas State University, and Texas Tech. That’s a whole bunch of southern bona fides. But here’s more. I grew and still enjoy eating grits, black eyed peas, collards, and cornbread. I love drinking Big Red, NuGrape, Nehi, and Triple X Root Beer, plus I call all soft drinks “a Coke” or just soda water. Most importantly, I still call everyone, regardless of age, “Sir” and “Mam.” That’s way confusing to people around me where I now live, the Midwest.

On a gray September, Hurricane Harvey hurtled from the Gulf like an apparition with a scythe.  Though still 284 nautical miles from Galveston, waves already lapped angrily against the shore, palm leaves shuddered, gulls shrieked, and red warning flags unfurled against the quickening wind.

“Come on man.  That storm’s days away and look at those waves!  We can do some gnarly body surfing,” I said with typical teen ignorance.

I was 11 minutes older than Larry, so I won.  We dove into the murky surf with undertows and seabed churn waiting like hungry predators.

“Not today,” the voice rumbled.

“Stop it Larry!  You’re creeping me out.”

“Not today,” the voice insisted.

“Not today,” our father disembodied intoned from under the sea where he died ten years earlier piloting a shrimper squall capsized, his body unrecovered drifting beneath the spines of storm-strewn shipwrecks.

Niki’s is dark even on Houston’s sunniest summer days, dwarfed beneath hulking tankers, loomed over by rusted shipping cranes the size of prehistoric predators, the humidity a shroud. The Greek restaurant, frequented by longshoremen, sailors, derelicts, and denizens of the night, is located just near enough the ship channel to offer a rare breeze
and a quick escape.

I went there for kabobs, bouzouki, beer, and a chance to breathe danger, to sit close to men and women with full body tattoos in bad ink, painful piercings still enflamed, and the scent of despair that permeates the café like the odor of a mongrel dog on a Houston July.

No one looks into another’s eyes.  No one asks questions.  You sit, usually by yourself, sheathed in silence, eat curried food, and wait . . . wait for whatever might happen next when a summer squall explodes into lightening along the coast.

But I looked into her eyes, red rimmed with one streak of mascara raining down her cheek, an exclamation point to her tale.

She was Albanian, she said in broken English, as broken as her nails, dirt smudged and ragged.  “I’m Besjana.  Means ‘belief,’ in your language.”

“Don’t know, maybe hope, second chance,” she whispered, without conviction, as if her words struggled for air, bubbling up from an ocean’s depth.

Angry voices across the room flared just then, in one of the dozens of languages spoken in Niki’s, and a fight between two crewmen erupted.  With the glint of a knife, everyone scrambled for safety as I scanned the room for an escape route.

When I looked back, Besjana was gone.  I saw the café’s door shut, like a hammerhead’s jaw closing on fishermen thrown overboard at sea.

Nothingness.  That’s what called me like hunger after a fast.

I drove my pickup beyond the county line where the veil of city haze opened to infinity, the borderless plains outside Amarillo.

Absence enveloped me.  Sound succumbed to space.  Dust plumes replaced people.  I could look behind to see nothing; I could look forward and see no more.

In the miles of distance that only unencumbered land can create, a crow, separated from its murder, first a black speck like a worm in my periphery, neared on the empty air, each flap of its shimmering blackness bringing the caw’s croak, until within range it settled on a migrant mesquite like a message, dead-eyed staring a rebuke for my trespass.

“What?” I shouted in defiance.

I took a step forward, but it matched my feint with a crooked neck, thrusting its dominance in this domain of empty land.

“Go” it growled in guttural caw, or so I heard.

I backed off, turned, ran, entered my cab, and sped toward the city.  I sought the safety of strangers numb in routine, compliant in numbers.

My travel into emptiness scalded me like breathing the arid air of the Llano Estacado where the wisp of line between plain and sky snakes circumnavigating, surrounded by distant sibilance, the hum of expectation, the moan of despair.